According to the safety investigation report from the US National Transportation Safety Board (NTSB):

…the pilot reported that prior to departing on the repositioning flight, he reviewed the maintenance data [sic] and found everything to be up to date. The subsequent preflight inspections, inclusive of the interior and exterior of the airplane revealed no anomalies.

The pilot stated that at 0400 he called BOI ground control, obtained taxi clearance, and taxied to runway 10L where he began the takeoff roll. The pilot reported that everything was normal, rotated at 105 knots; shortly thereafter he heard a “pop”, followed by a vibration. Thinking that he had a blown tire, he waited a few seconds to see if the frequency of the vibration would change as the tire rotation slowed. However, the vibration remained the same, which led him to think that there might be an issue with the propeller. The pilot radioed the BOI tower controller, advised him of his intension to return to the airport…  The pilot stated that on the downwind leg he thought there might be a problem with a propeller.

The pilot then landed uneventfully, taxied to parking, and shut the right engine down first. The pilot then shut the left engine down. During the last few rotations of the propeller he observed the spinner wobble slightly; he then noticed that the tip of one of the blades was missing. 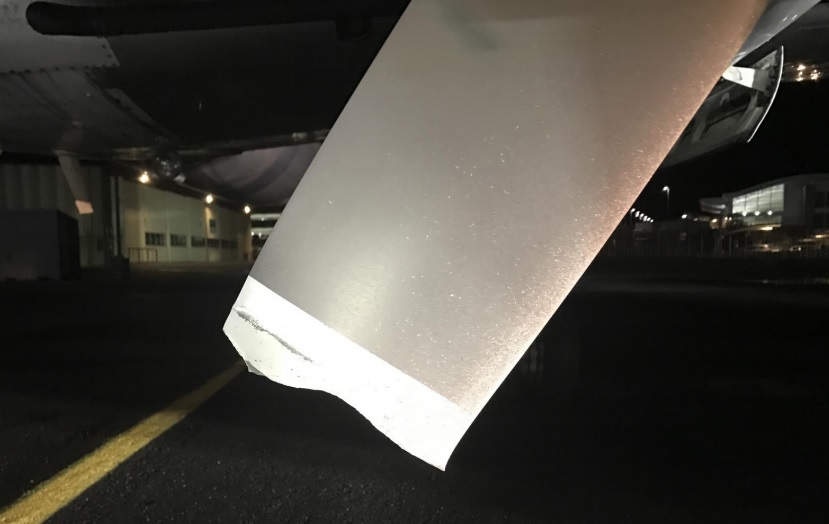 About four inches (100 mm) of one blade was missing and there were three holes in the fuselage. 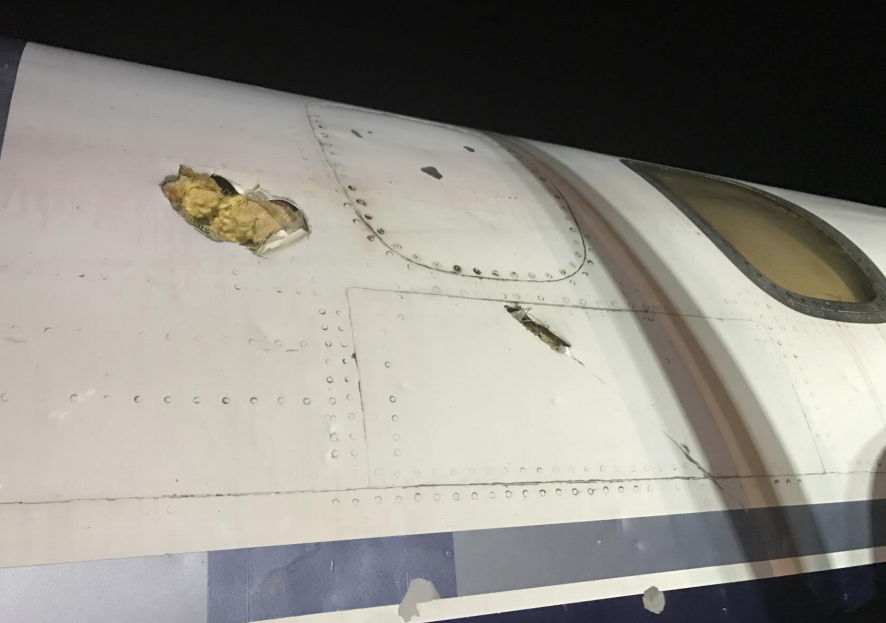 Two piece of blade debris was found in the aircraft and the arm rest on the jump seat was also damaged. 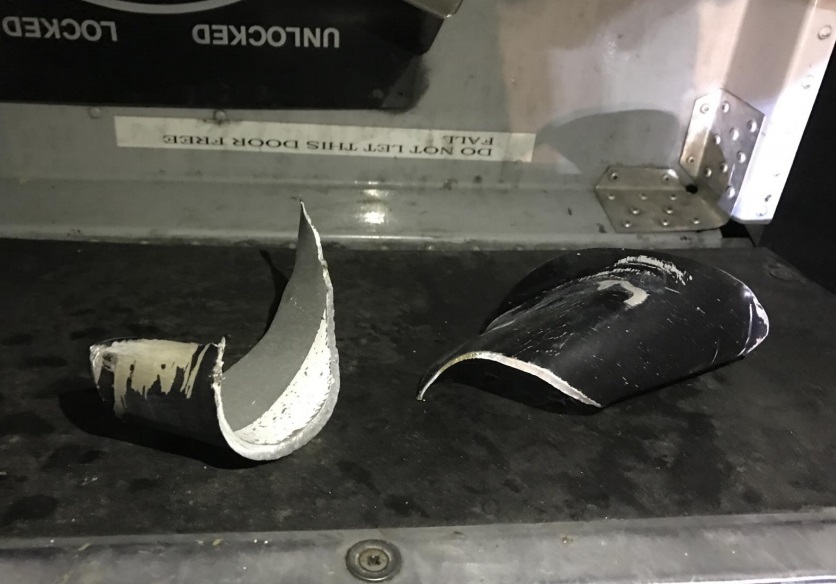 A Federal Aviation Administration (FAA) inspector reported to the NTSB that maintenance had been performed on the aircraft prior to that flight, and…

…the mechanic was called away from the task he was performing prior to it being completed.  The inspector stated that a screwdriver was left on the nose of the airplane under the windshield wiper and out of sight of the pilot. 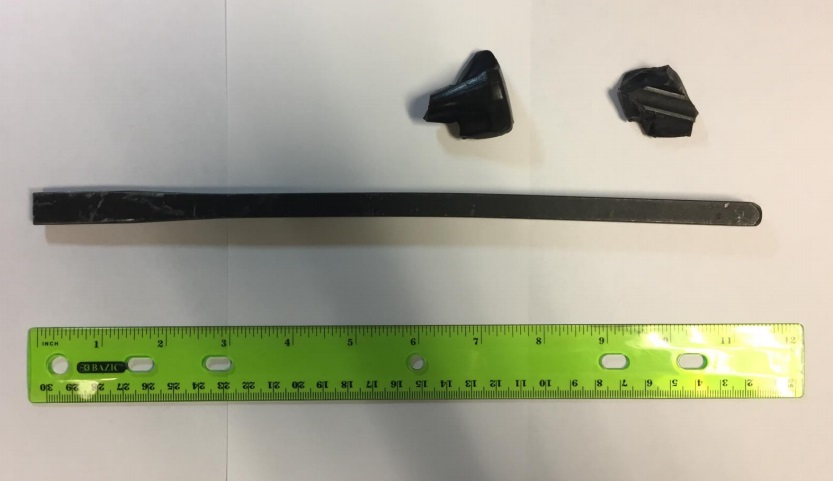 Subsequently, on takeoff roll the screwdriver became dislodged and impacted the left propeller.

Disappointingly, the NTSB investigation reveals no further information on the circumstances of this uncompleted maintenance or the tool control procedures that were in use.

Aerossurance has previously also published these articles that should be of interest: