On 8 May 2019, Saab 2000 SE-LRA, operating as a transport flight for Saab, suffered a runway excursion at the beginning of the takeoff roll from Linköping/Saab airport, in Sweden. 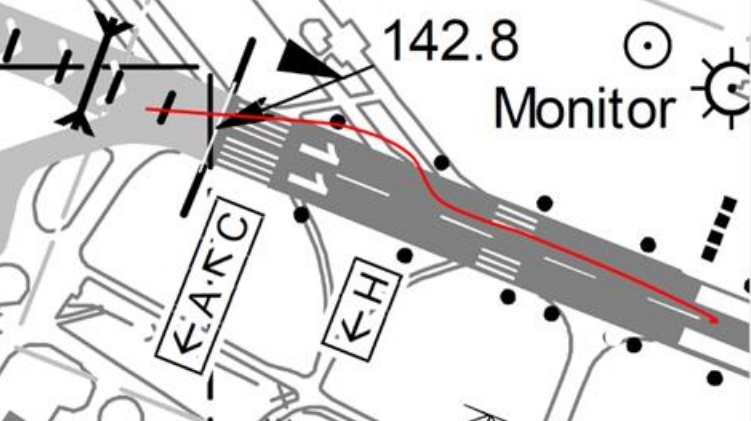 The Swedish Accident Investigation Board (the Statens Haverikommission [SHK]) say in their safety investigation report that:

The captain taxied to the runway using the nose wheel steering tiller without any difficulties. After lining up, the crew conducted the daily propeller overspeed test in accordance with the checklist and proceeded directly with the takeoff run. It is clear from the captain’s interview that for some reason they omitted to depress the tiller and activate the nose wheel steering. The result was a quick aircraft yaw to the left.

The aircraft left the runway surface with the left main landing gear just before reaching the two diagonal military taxiways, passed one of them and headed back on to the runway where it slowed down and stopped in the middle of the runway.

Damage to a runway edge light was discovered on inspection. 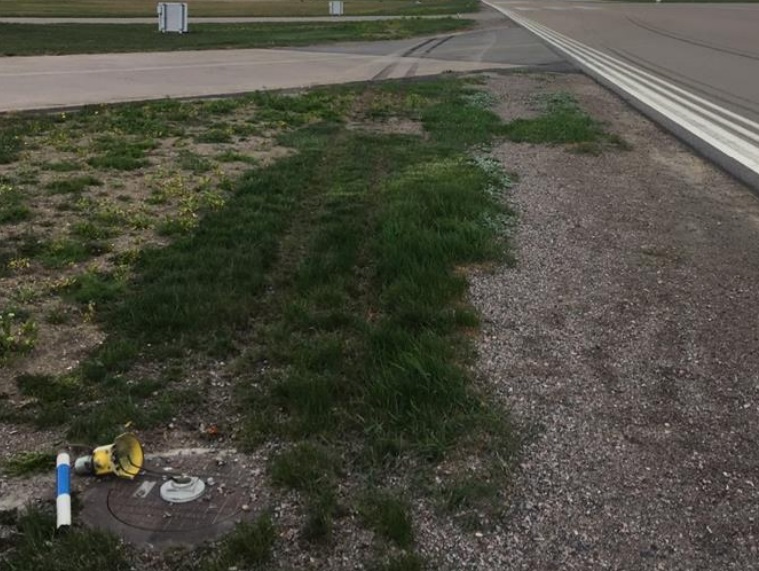 [W]eather and prevailing runway conditions were within the aircraft’s limitations. The dry surface allowed for good friction and aircraft control via nose wheel steering and wheel braking.

The take-off was initiated directly from partial power, which resulted in an abrupt course change and provided for only a very limited time to recover before the aircraft left the runway.

Contributing was the fact that the nose wheel angle probably was not parallel with the runway heading at brake release. One possible explanation for this could be the aircraft vibrations caused by the propeller test, where both propellers in turn reduce the power momentarily.

SHK also note the pilot regularly flew the Bombardier Global 6000 (BD-700) which has a steering hand wheel that does not, unlike on the Saab 2000, need to be pressed to select.

The direct cause of the runway excursion was a lapse in activating the nose wheel steering tiller during the initial takeoff phase. This led to a delayed correction of the aircraft’s lateral deviation.

A contributing factor may have been that the pilot alternated between flying two aircraft types where the nose wheel tiller is used in different ways.

No safety recommendations were made.