On 3 September 2018 private MD Helicopters 369E N1601Y was substantially damaged and the pilot seriously injured in an accident near Orchard Lake, Michigan. 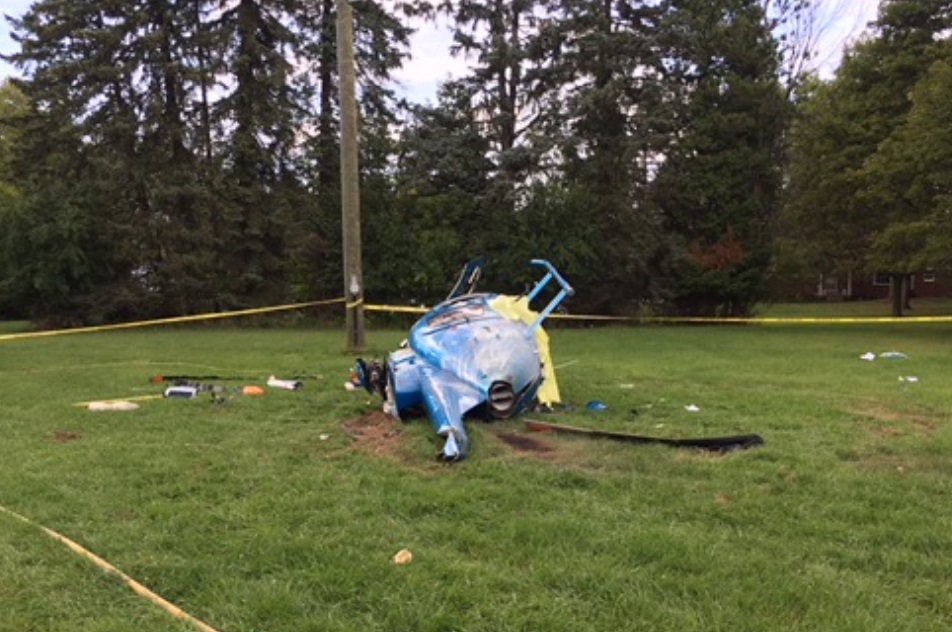 The US National Transportation Safety Board (NTSB) explain in their factual report (issued only at the end of May 2020) that the pilot, an 87-year-old male former engineering company executive with 3600 hours total flight time…

Canada Geese are what can be legitimately referred to as ‘large flockers’…  That’s because they are typically around 8 lb (3.6 kg), so will above the certification requirements for all but larger Part 25 airliners, but they also often fly in V-shaped formations, or ‘skeins’, that provide aerodynamic efficiency but can result in multiple bird strikes.  While traditionally migratory, they are a species that increasingly live in and around urban areas, golf courses and parks with water features being especially popular with Canada Geese.  Indeed the pilot’s private landing site, referred to grandly as a ‘private heliport‘ by the NTSB was located about 350 ft (107 m) south of Upper Straits Lake.

The pilot reported he remembered “quickly moving” the helicopter back to the right to avoid the birds, and that it was the last action he could recollect until after the impact when the helicopter was laying on its side. 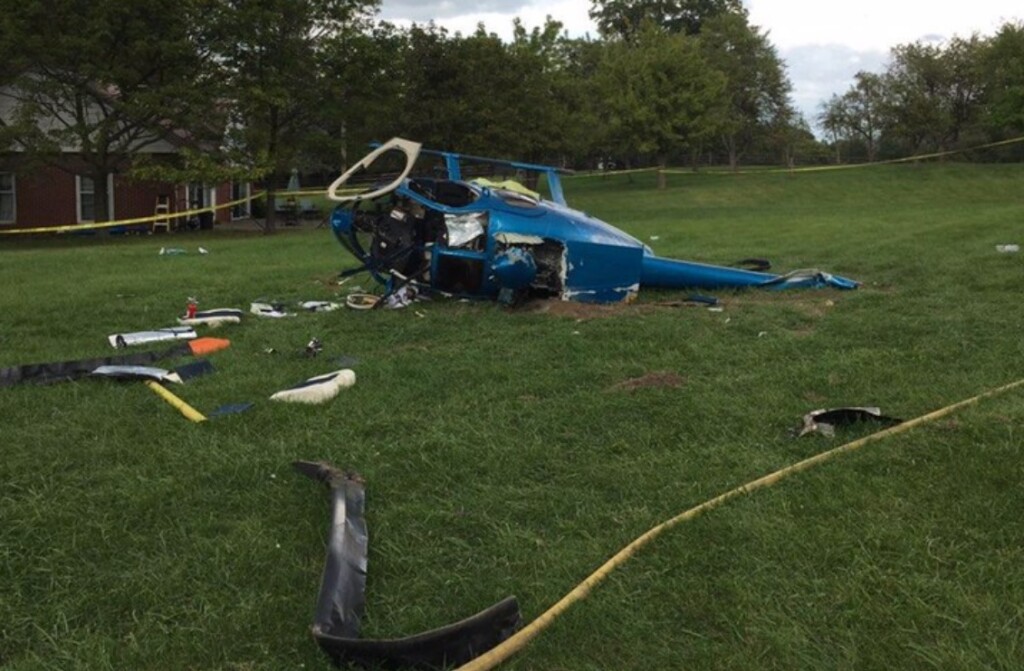 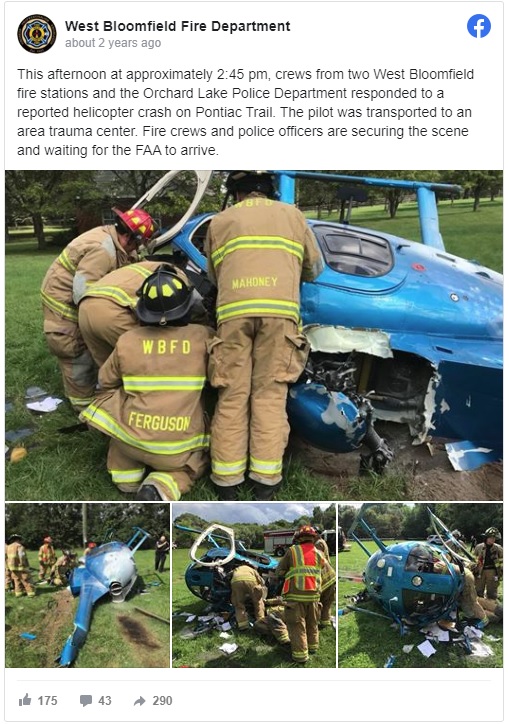 The pilot was not wearing a flight helmet during the accident flight, nor was he required to do so. The NTSB investigator-in-charge proposed to the manufacturer’s air safety department about producing and distributing educational guidance encouraging pilots to wear a flight helmet and the manufacturer agreed. MD Helicopters Operational Safety Notice OSN2019-002 Aviation Life Support Equipment – Flight Helmets was created and released to the public in April 2019. 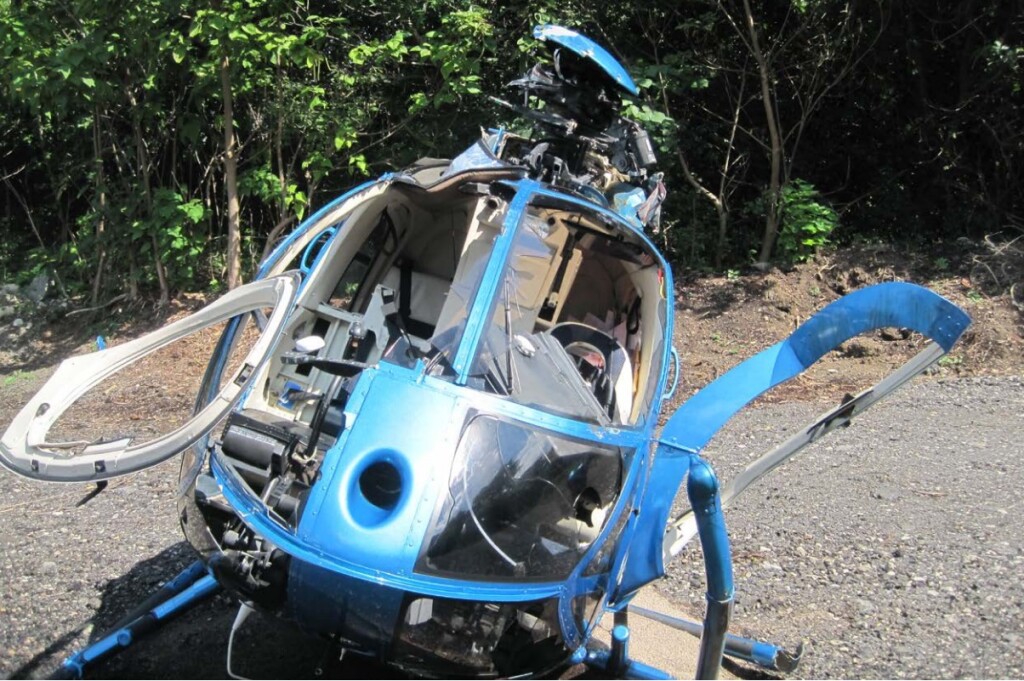 The pilot’s failure to maintain helicopter control and terrain clearance while in a hover after performing an evasive maneuver to avoid wildlife.

The NTSB also reveal photographs of this private landing site.  Noticeable is the proximity (c 15 ft / 5 m from the centre of the pad) of power lines, which would have reduced the pilot’s ability to manoeuvre during the encounter with birds. 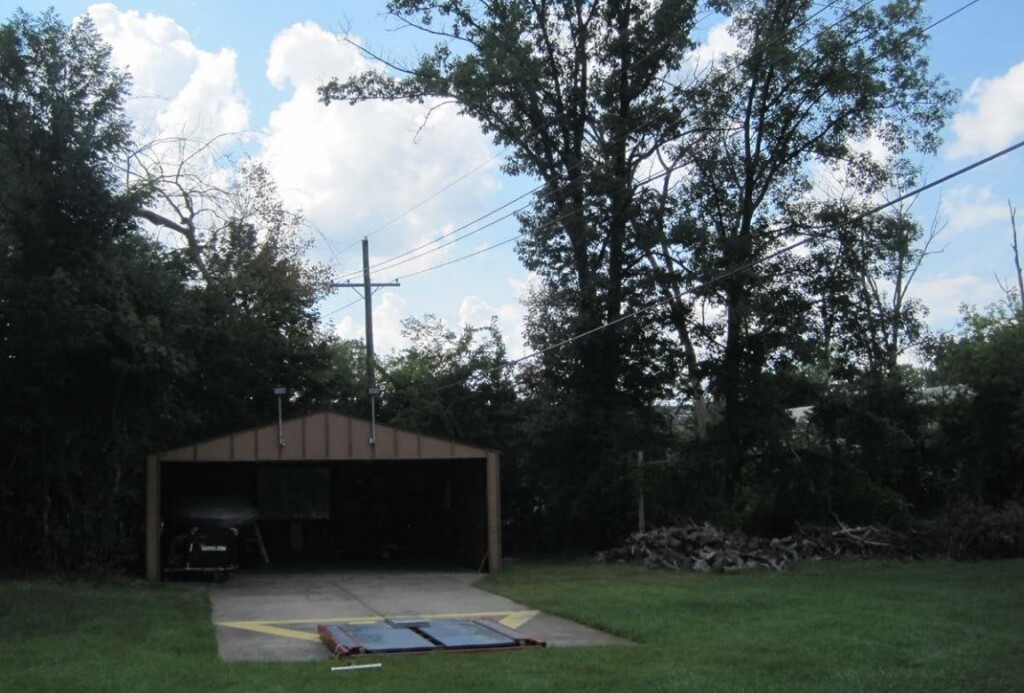 Looking Towards the Hangar to the West (Credit: FAA via NTSB) 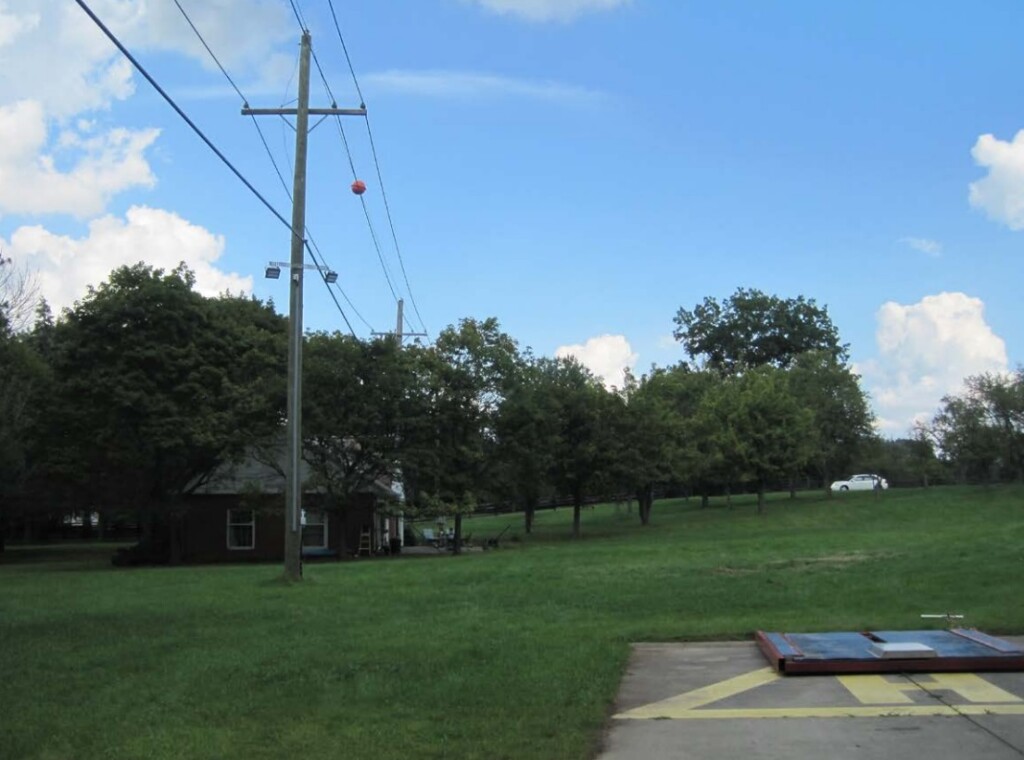 Looking Away From the Hangar to the East: The Birds Would Have Approached from the Left (Credit: FAA via NTSB)

Aerossurance was to have run training workshops at the EHA European Rotors VTOL Show and Safety Conference in Cologne in November 2020 on a) Safety Culture and Leadership and b) Contracting Aviation Services: An Introduction to the Basics.  They have been postponed to 2021 due to COVID-19.