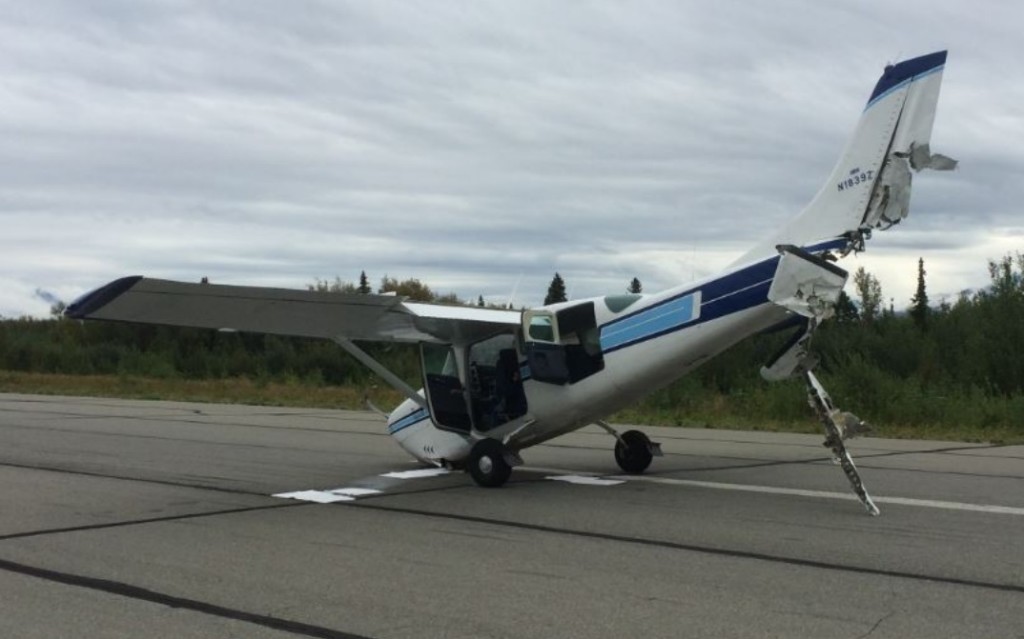 The flight instructor and student pilot on board the Cessna 210 sustained minor injuries. 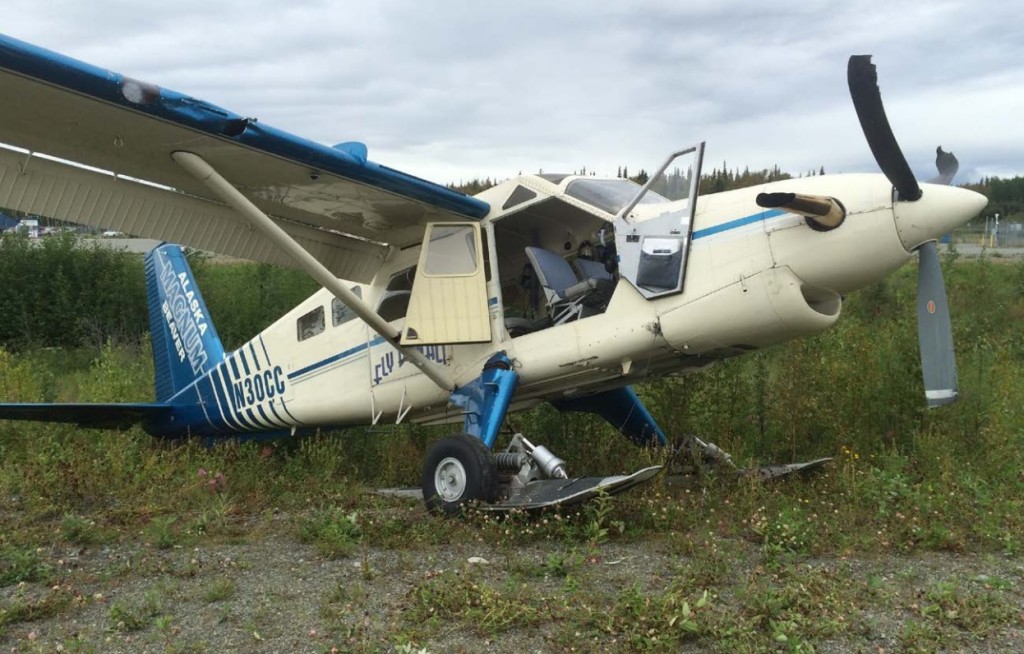 The pilot and passenger of the Beaver were uninjured.

According to the safety investigation report of the US National Transportation Safety Board (NTSB):

The flight instructor and student pilot on board the Cessna were conducting practice takeoffs and landings using the airport’s published right-turn traffic pattern. At the same time, the…single-engine de Havilland airplane departed an airport 5 miles to the north, proceeded to the airport and turned onto the final leg of the traffic pattern for landing. The instructor on board the Cessna reported that, during their fourth landing, just as the student began the landing flare, there was a sudden loud noise, and the airplane abruptly nosed down and impacted the runway. The instructor reported that he did not hear or see the other airplane before the collision.

The pilot of the de Havilland reported that neither he nor his passenger heard any radio transmissions from the Cessna, and they did not see the Cessna in the traffic pattern until impact. The pilot stated that, about 70 ft above the runway surface, the Cessna overtook the de Havilland from directly above, impacting the propeller.  The pilot was able to maintain control and subsequently landed the airplane.

A postaccident examination of both airplanes, revealed signatures consistent that the initial impact sequence was between the empennage of the Cessna and the propeller assembly of the de Havilland.

Day visual meteorological conditions prevailed in the area, and neither airplane was in communication with air traffic control; the airport was not equipped with a control tower. A recording of transmissions made on the airport’s common traffic advisory frequency (CTAF) revealed that, although the Cessna instructor made radio transmissions throughout the first three traffic patterns; no radio transmissions were heard from the Cessna pilots during the final (accident) traffic pattern. The de Havilland pilot stated his airplane’s position before entering the traffic pattern and again on the final leg announcing his intent to land.

Postaccident examination and testing of the two radios in the Cessna revealed no mechanical anomalies. Additionally, the radios in both airplanes were tuned to the correct frequency for the airport CTAF. The Cessna instructor reported the he made a radio transmission during the final traffic pattern. It was undetermined why no CTAF radio transmission from the Cessna was heard on the CTAF recording for the accident traffic pattern.

Neither airplane was equipped with an Automatic Dependent Surveillance – Broadcast (ADS-B) system or cockpit display of traffic information. Had both airplanes been fully equipped with an ADS-B system capable of both transmitting and receiving position data and issuing traffic alerts via cockpit display, each pilot would have been alerted to the presence of the other airplane, and it is likely that the collision would have been avoided.

The see-and-avoid concept requires a pilot to look through the cockpit windows, identify other aircraft, decide if any aircraft are collision threats, and, if necessary, take the appropriate action to avert a collision. There are inherent limitations of this concept, including limitations of the human visual and information processing systems, pilot tasks that compete with the requirement to scan for traffic, the limited field of view from the cockpit, and environmental factors that could diminish the visibility of other aircraft.

The failure of both pilots to see and avoid each other while landing at a non-tower-controlled airport, which resulted in a midair collision.

Contributing to the accident was the absence of radio calls from the Cessna during the traffic pattern preceding the accident.

UPDATE 13 May 2019: Two floatplanes (DHC-3 Otter N959PA and DHC-2 Beaver N952DB) with eleven and five occupants onboard were involved in a mid-air collision about 8nm from Ketchikan, Alaska while conducting Misty Fjords scenic tours.  The Otter was from Taquan Air and carrying Royal Princess cruise ship passengers.  The Beaver was being operated by Mountain Air Service.

On MAC Aerossurance has previously published: