The US National Transportation Safety Board (NTSB) has issued their report on an incident that resulted in a Pratt & Whitney PW4056 engine fire and In-flight Shut Down (IFSD) on Delta Airlines Boeing 747-451 N669US on 21 September 2014.  The aircraft had just taken off from Atlanta, GA (ATL):

At about 400 feet above ground level (AGL), the pilots heard a loud bang, the airplane yawed, and they noted that the No. 4 engine’s cockpit instruments indicated a loss of power. The pilot’s accomplished the quick reference handbook (QRH) engine failure checklist and shutdown the No. 4 engine.

The pilots dumped 280,000 pounds of fuel and returned to ATL for a three-engine landing on Runway 27 Right without further incident.

The disassembly of the engine revealed one 5th stage compressor blade…had separated from a high cycle fatigue fracture that had originated in the aft concave side corner of the blade neck. 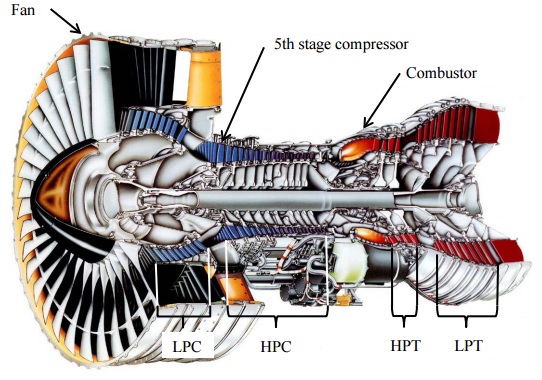 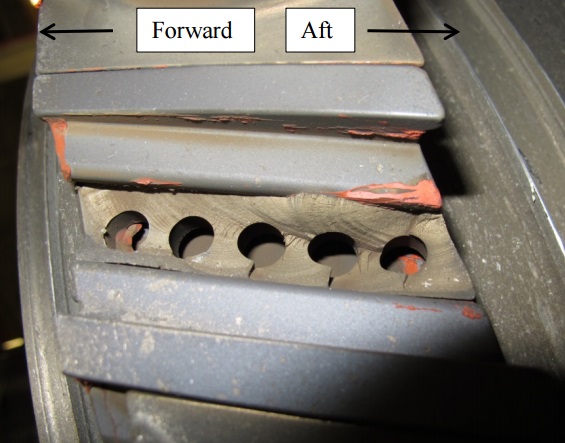 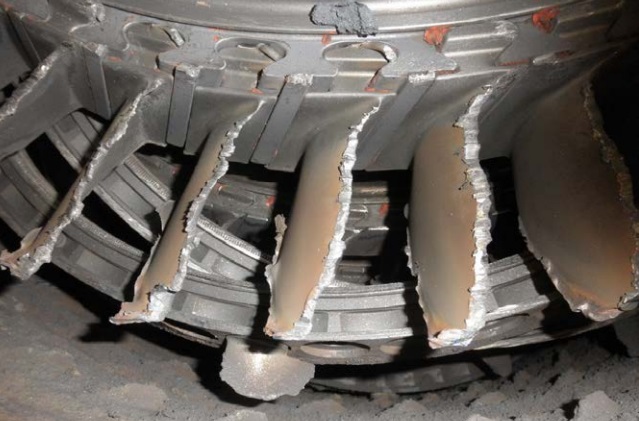 The fire was caused by hydraulic fluid that leaked from a pump B-nut loosened by vibration after the blade loss.

The maintenance records showed that the fractured 5th stage compressor blade was among a batch of 40 blades that had been overhauled by Turbine Overhaul Services (TOS), Singapore in October 2013.

TOS is a joint venture between P&W and Singapore Technologies Aerospace, is an FAA-approved Part 145 repair station that specializes in the repair and overhaul of turbine engine compressor and turbine blades and vanes.

The fatigue crack propagated until separation of the blade occurred that resulted in a complete loss of engine power.

The fire was caused by the B-nut on the hydraulic line from the fuel pump and pulsation damper loosening from engine vibration after the compressor blade separated spraying high pressure fluid into the engine compartment that ignited on the hot engine cases.

TOS took a strategy of mitigating any maintenance errors with improved tooling:

Aerossurance has previously looked at:

Aerossurance has examined a number of other engine events, including: