EasyJet Airbus A319-111 G-EZNM was in the cruise at FL290 en route from Newcastle to Bristol on 11 May 2019. The co-pilot was Pilot Flying (PF) and the commander was Pilot Monitoring (PM). The UK Air Accidents Investigation Branch (AAIB) explain in their safety investigation report that:

…the co-pilot noticed an acrid burning smell. Upon looking to the rear of the flight deck both crew members observed smoke in front of the flight deck door and rising to shoulder height behind their seats. They donned their oxygen masks, and the commander took control of the aircraft and continued to communicate with ATC; the co-pilot actioned the ‘SMOKE/FUMES/AVNCS [avionics] SMOKE’ checklist in the quick reference handbook (QRH). The commander transmitted MAYDAY to ATC, selected the emergency transponder code, and the crew started an emergency descent…

The source of the smoke was probably an accumulation of dust in the transformer rectifier unit (TRU).

About 90 seconds after the pilots donned them, their oxygen masks misted up, obscuring their vision. The co-pilot was able to read the checklist by holding it close to the mask, but could not read his flight instruments. 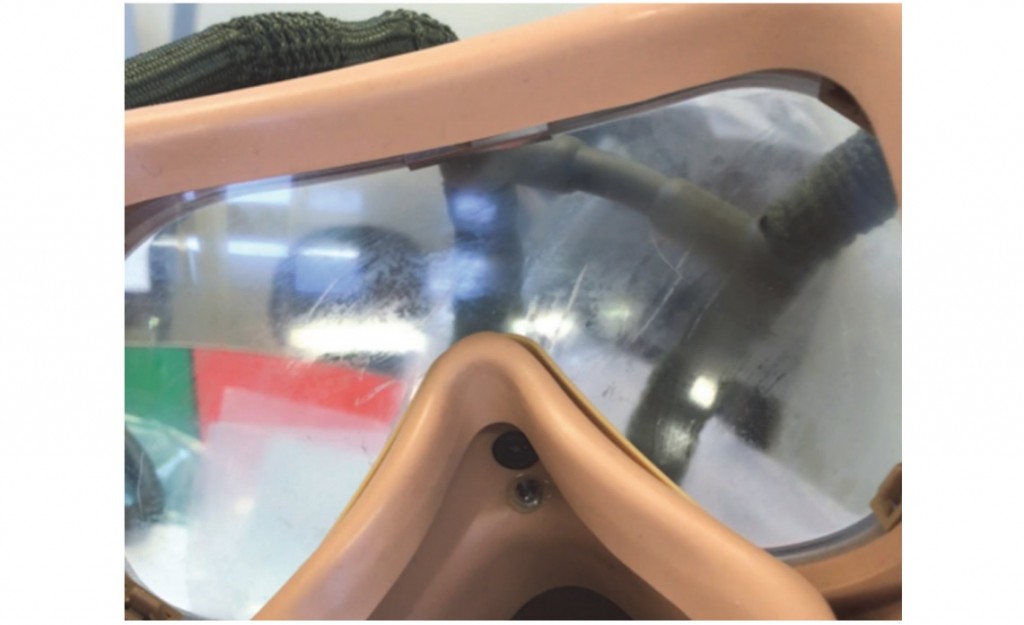 The commander removed his oxygen mask so he could see the flight instruments, having first informed the co-pilot that he would do so and agreeing this was the least risk option [however] it exposed the commander to potentially hazardous fumes.  Upon removing his mask the commander noticed the smoke had dissipated.

The flight crew prudently decided to divert to Birmingham when they realised that airport was closer.

During the descent the crew made an announcement to passengers… After this the smoke became perceptible in the cockpit again. The commander then informed the co-pilot that he felt “a little bit wobbly” but well enough to continue. As his oxygen mask had cleared he refitted it, and it did not mist up again.

The aircraft landed safely at Birmingham.

The mask type fitted to G-EZNM was a ‘MF10’ full-face mask-regulator that provides protection during depressurisation and smoke events, while allowing the pilots to communicate with each other. The window has two lenses with an air gap between them. The internal lens has an anti-fogging coating. 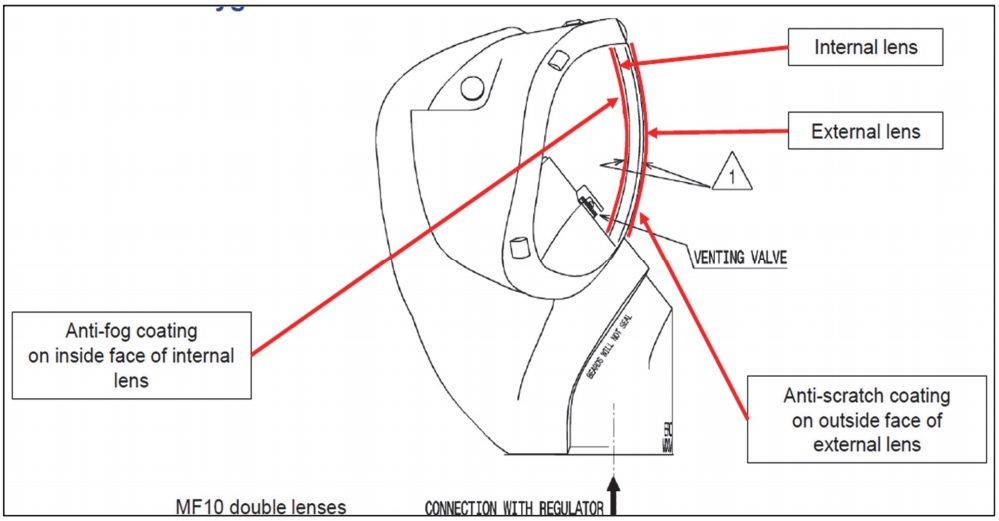 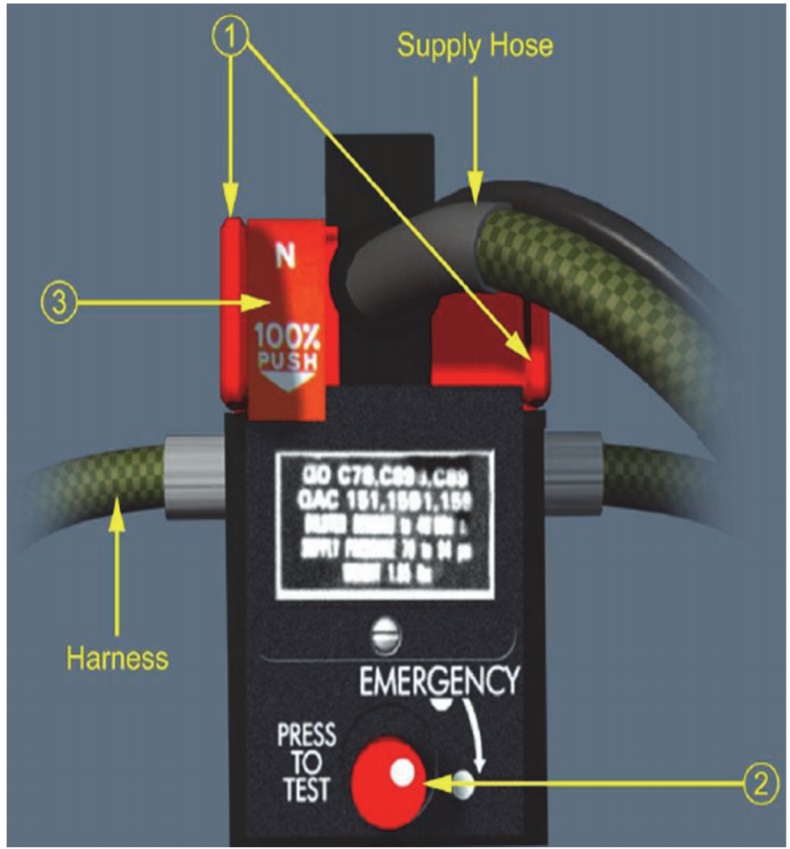 The overpressure eliminates condensation or fogging of the mask, and prevents smoke, smell or ashes from entering the mask

Both emergency pressure selectors were found not to have been rotated to the EMERGENCY position. The commander was unable to recall if he had selected EMERGENCY. However, if they both had, even for a short period, it is likely the condensation would have been removed, enabling the commander to keep his mask on and breath 100% oxygen during the remainder of the flight. This would probably have improved the physiological condition he reported, which may have been caused by inhaling fumes. Removing the condensation in this way would also have allowed the co-pilot to properly monitor the aircraft’s flight path. The option to select EMERGENCY was stated in the QRH checklist. The Flight Crew Operating Manual (though not as readily accessible) contained the additional information that this selection would remove condensation.

Some of the operator’s type rating examiners reported that some crews were unfamiliar with the correct use of the oxygen masks, particularly in the selection of the various oxygen flows.

A maintenance inspection of the masks is required every 24 months The operator noted that a caution in the Aircraft Maintenance Manual (AMM) about avoiding cleaning fluid contacting the visor’s anti-fog coating was not highlighted.

The masks are likely to have misted up during the event due to a combination of the cold stowage compartment, a relatively warm cockpit, damage to the anti-fog coating and the crews’ higher breathing rate.

At the operator’s request, the aircraft manufacturer has moved the relevant warning to the beginning of the procedure and highlighted it as follows:

‘CAUTION: BE CAREFUL NOT TO PUT DETERGENT SOLUTION, DISINFECTANT OR WATER ON THE MASK VISOR. IF YOU DO, DAMAGE TO THE ANTI-MIST LAYER OF THE MASK VISOR CAN OCCUR.’

This was incorporated into the February 2020 revision of the AMM.

The aircraft manufacturer introduced a cleaning procedure for the TRUs in the AMM. This was incorporated into the May 2019 revision of the AMM.