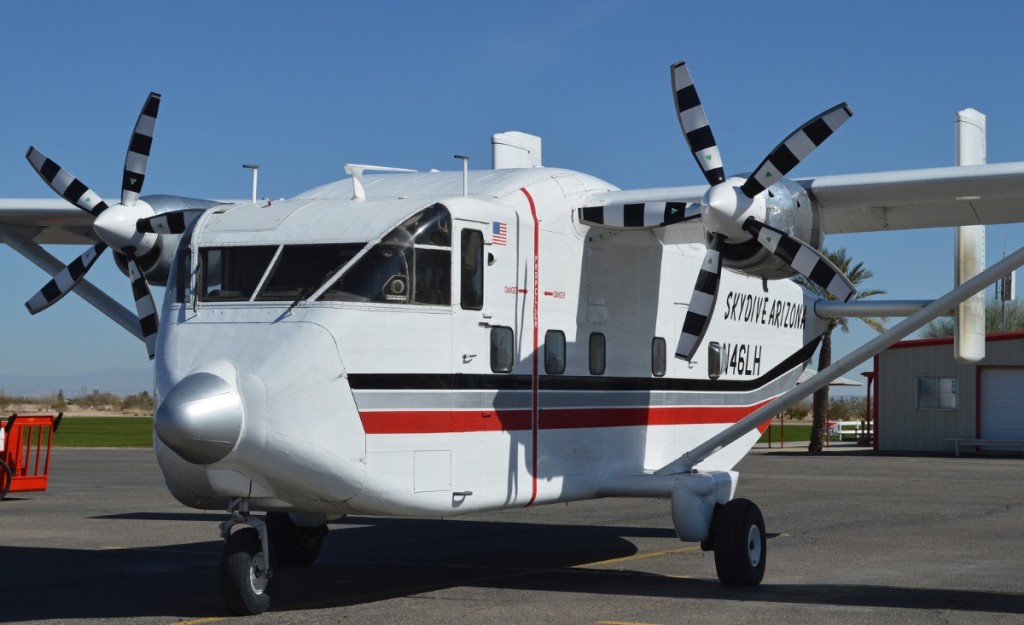 The fatally injured “mishap jumper” (MJ) was wearing an MC-4 ram-wing parachute.  He was a member of the 17th Special Tactics Squadron, Air Force Special Operations Command (AFSOC), assigned to Fort Benning, GA. According to the USAF Accident Investigation Board (AIB) report:

En route to the drop zone with the mishap aircraft approaching 9,700 feet mean sea level, the MJ stood and gave the “10 minute” warning and winds call, followed by the “don equipment (rucksack)” command. The MJ opened the Plexiglas ventilation door between the aft cargo door and aircraft floor and sat down on the seat next to the door to don his own rucksack.

[It is not clear if he] inadvertently attached his rucksack to the ripcord handle, snagged it on equipment, or inadvertently grabbed [the handle].  [Shortly after] the MJ leaned forward, the spring-loaded pilot chute popped up and fell directly through the open ventilation door taking the reserve parachute with it. In roughly two seconds, the MJ was extracted though the ventilation door opening-tearing off his rucksack, damaging the aft cargo door, and killing him instantly. The MJ landed under a fully inflated reserve parachute …southeast of Eloy, AZ.

The investigation concluded that the MJ inadvertently pulling his reserve parachute ripcord while donning his rucksack.  The open ventilation door, was of “sufficient size for a parachute to pass through, but not large enough for safe passage of a person”.  Opening the ventilation door without also opening the cargo door “did not violate either military or civilian guidance” but was considered contributory.

…testimony varied on whether the hazard of an inadvertently deployed pilot chute departing through the ventilation door was briefed as a safety hazard, it appears the personnel interviewed largely failed to identify or underestimated the risk of opening the ventilation door…

Not the Proximity of Handle and D-Rings (Credit: USAF AIB) 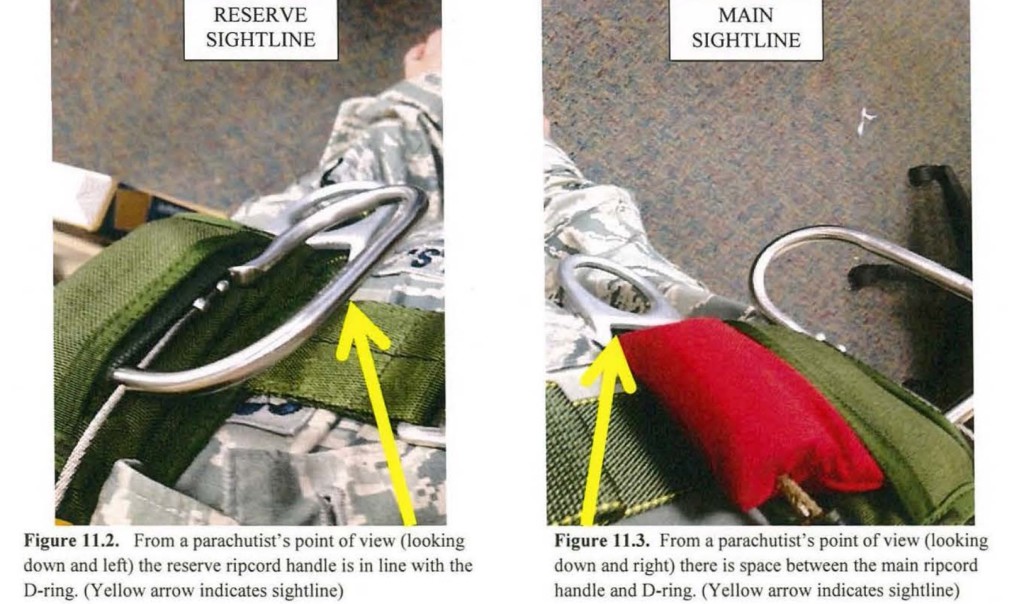 Also see our review of The Field Guide to Understanding Human Error by Sidney Dekker presented to the Royal Aeronautical Society (RAeS): The Field Guide to Understanding Human Error – A Review Aerossurance is pleased to be both sponsoring and presenting at a Royal Aeronautical Society (RAeS) Human Factors Group: Engineering seminar Maintenance Error: Are we learning? to be held on 9 May 2019 at Cranfield University.