Improper assembly of the Main Engine Control unit caused a USAF Lockheed Martin F-16C Block 30H 87-0306 to be destroyed in a crash SW of Joint Base Andrews, Maryland, on 5 April 2017, according to the USAF Accident Investigation Board. The pilot ejected safely 10s before impact.

The F-16C was from the Air National Guard  113th Wing, 121st Fighter Squadron at Joint Base Andrews and was one of four departing on a basic surface attack training mission. 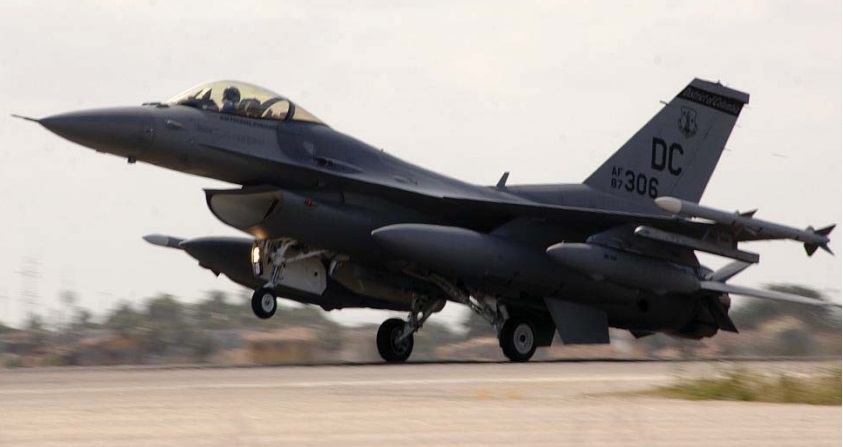 During take off the aircraft experienced an uncommanded GE F110-GE-100C engine acceleration, followed by a loss of thrust and engine fire and so the pilot jettisoned the external fuel tanks (one landed between two houses and the other landed in a wood, fortuitously neither hitting anything) and then shut the engine down. 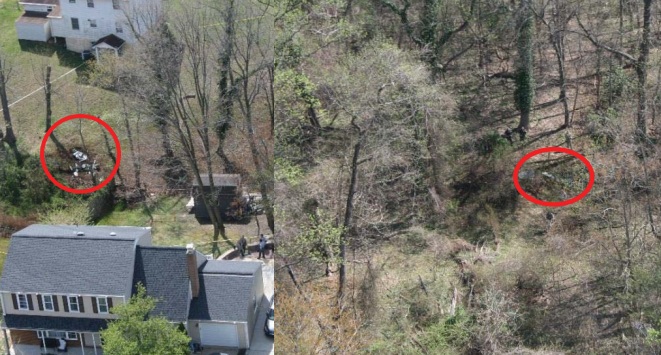 A severe engine overspeed and engine over-temperature had occurred, followed by the engine fire and, ultimately, a catastrophic engine failure.

…the cause of this mishap was the incorrect assembly of the main engine control (MEC) differential pressure pilot valve, which was missing a required 600-degree retaining ring and the anti-rotation pin.

The misassembled differential pressure pilot valve caused the MEC to malfunction and to incorrectly meter abnormally high fuel flow to the engine.

The loss to the US Government was valued at $22 million.

The MEC is designed to regulate fuel flow and the variable stator vane position of the engine. The MEC senses the engine core speed and adjusts fuel flow as necessary to maintain the desired engine speed in accordance with pilot input via the throttle.

The MEC overhaul process consists of complete disassembly, solvent wash, and inspection. After inspection and any ncessary component replacement, the MEC is reassembled and tested.

After overhaul, the MEC of 87-0306 underwent test on 31 January 2017 but failed to meet acceptance criteria. It was re-inspected and found to have a fuel cam spline misaligned. That error was corrected and it was retested on 16 February 2017. It again failed test, being rejected with comments “check FDT [fan discharge temperature] spring and VSV [variable stator vane]; VSV not repeating”.

The MEC was again returned to the overhaul shop.  The FDT spring was found serviceable, the governor servo valve was changed due to a broken tang, and O-ring foreign object debris (FOD) was found in the VSV. The MEC passed a third test on 8 March 2017.

The MEC was fitted to the engine of 87-0306 the day before the accident on 4 April 2017 in unscheduled maintenance.

When stripped at Woodward Governor after the accident the MEC was found to contain FOD (a piece of  backing ring) that potential prevented sealing of the unit, an incorrect Vitron seal (rather than the specified fluorosilicone seal) and the absence of both the 600-degree retaining ring and anti-rotation pin. 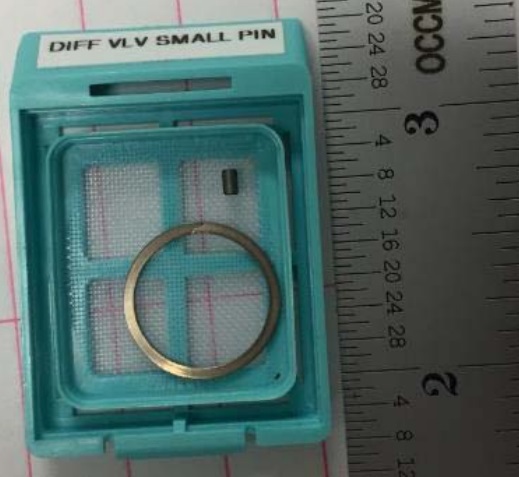 The investigation found that the personnel involved were appropriately trained and there were no “major” documentation errors.  However, USAF Technical Order (TO) 6J3-4-131-3 requires “parts accountability and emphasizes the critical importance of such procedures” but “does not specify a methodology for parts accountability”.  The investigators found:

During on-site observation of the MEC overhaul shop, it was observed that gaps exist in terms of parts accountability. WCDs [Work Control Documents] provide an auditable account of the work accomplished IAW the TOs; WCD numbers 110M1R and 110M5R do not require a technician stamp to document that all parts are accounted for during MEC overhaul and assembly.

The technician who overhauled the MA MEC, other MEC technicians and the quality assurance supervisor…acknowledged parts accountability during MEC assembly is dependent upon individual technician efforts.

The President of the Board opined that:

…there was a lack of adequate procedural controls to ensure that only required MEC parts were provided to MEC mechanics during assembly and that no excess MEC parts were retained by mechanics after disassembly, overhaul and re-assembly.

Furthermore, it is my opinion that the lack of parts accountability by itself was not responsible for the mishap, but could have potentially decreased the likelihood of omitting required MEC parts during re-assembly.

He went on to comment that other factors must also be considered, namely:

These factors led me to conclude that the misassembly of the differential pressure pilot valve could still have occurred, even if an adequate parts accountability program was in place.

Moreover, it was identified that the MEC overhaul work control documents do not address or require inventory of MEC parts post disassembly or prior to assembly of MECs.

Lastly, some MEC part kits provided to mechanics were observed to have excess parts. This fact combined with the retention of excess parts from previous MEC overhauls, results in no definitive methodology to determine that all MEC parts are used during the assembly. It is critically important to ensure that all small washers, shims, pins, clips, and retaining rings are accounted for during the MEC overhaul process, in accordance with the applicable T.O. guidance.

Omitting or improperly installing any of these items, as stated in the T.O., did result in failure of the MEC and aircraft loss. The 552d CMMXS/MSDPAA procedural requirements were not adequate and substantially contributed to the misassembled differential pressure pilot valve in the MA MEC.

Meeting the defined training standard and having error free paperwork are no guarantee of success as the multiple cases of FOD, inappropriately fitted components and omitted components here show.

Internal audits therefore need to look beyond paperwork to examine work practices and both investigations and internal assurance activity need to look at the actual training and the resultant learning not just the records of completed training.