So far so good…

Unfortunately these were not uncovered afterwards says a Air Force Materiel Command (AFMC) Accident Investigation Board (AIB) report. It is reported that:

On 25 June 2016, Northrop personnel powered the aircraft’s radar as part of maintenance procedures, cycling the antenna. The combination of electrical current and moisture exposure led to the degradation and damage of many of the antenna’s components, to include 240 circuit cards.

This caused $7.35 million damage. Most of those components had to be replaced.

Four other aircraft were subject to inspections.  It was later reported that one management change had been made at the lake Charles facility.  It was commented that:

…problems stem at least partially with the Air Force’s confusion over when and if to retire JSTARS. When the service planned to retire the fleet, it kept aircraft from moving into depot maintenance, believing that no further work would be needed before they were mothballed. However, after it decided to keep operating JSTARS, a higher number of planes than expected were rushed to the depot [creating an]…unexpected demand.

Improperly installed bolts are also reported to have been found.
It was reported subsequently that:

Oversight processes had also been relaxed, so maintenance work was not as heavily scrutinized as it had been on previous contracts.   …the Air Force has since added some layers of inspections, while Northrop improved training and quality control processes. The parties also modified the incentive structure on the contract to balance capacity and quality, which had languished.

As we had gone through trying to get more airplanes through the depot, we had kind of shifted the incentive to be more on how fast we were able to get them through.  Never was it anybody’s intentions … on the part of any of us to sacrifice quality for speed, but unfortunately I think we saw some of that. 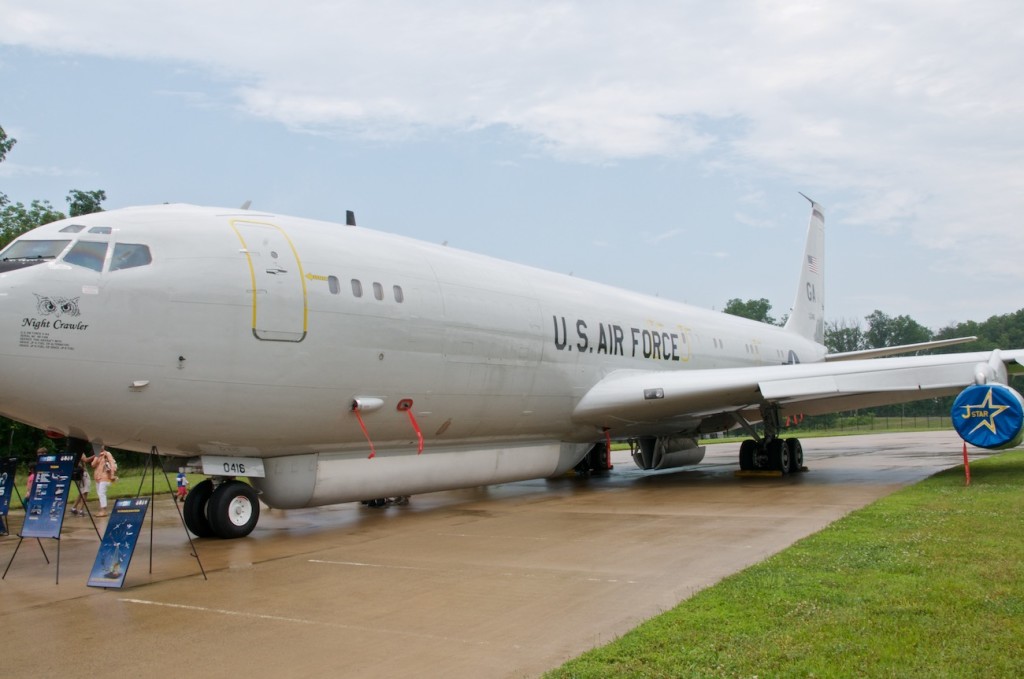