Premature A319 Evacuation With Engines Running

On 3 August 2018 CSA Czech Airlines Airbus A319-112 OK-PET was about to depart Helsinki-Vantaa Airport with 135 passengers and 5 crew on board. The Finnish Safety Investigation Authority (SIAF, the Onnettomuustutkintakeskus) describe in their investigation report that:

As the aircraft was taxiing towards the runway, passengers and cabin attendants detected smoke inside the cabin. The purser reported this to the captain by interphone, who then stopped the aircraft on the taxiway.

The situation surprised [the flight crew] because there was no smoke on the flight deck, nor had the aircraft’s systems generated any notifications.

The Captain believed the smoke originated from the cargo compartment. 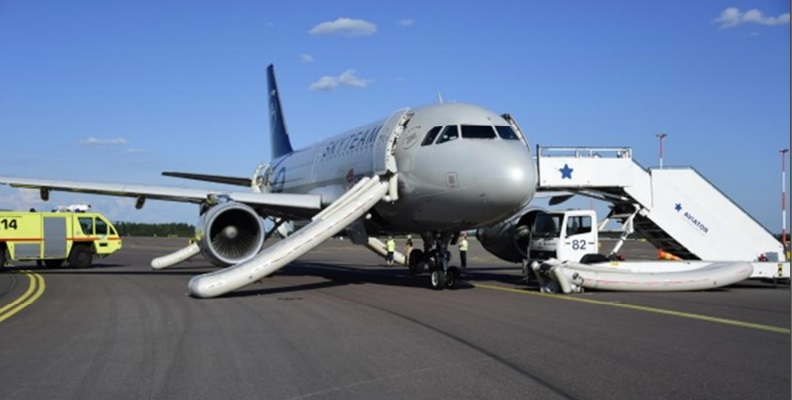 CSA Airbus A319 OK-PET Stopped at Helsinki Airport on 3 August 2018 after Smoke was Reported in the Cabin (Credit: SIAF)

A moment later the purser asked the captain for permission to evacuate the aircraft.

…the captain tried to act quickly and failed to complete the procedures in the order of the evacuation checklist. 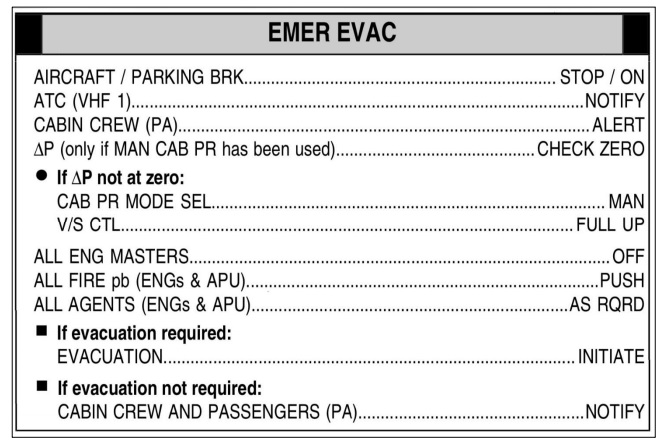 The evacuation was done using emergency slides at four cabin doors. In the beginning of the evacuation the engines were still running, which put the first passengers who deplaned through the front doors in danger of being ingested into a running engine. It was not possible to use the emergency slides at the rear doors while the engines were still running.

During the evacuation 26 passengers sustained minor injuries. Their injuries were mild, caused by the congestion in the aisle and from using the emergency slides.

Since the passengers were not gathered together, most of them remained in the vicinity of the aircraft. Some of them ran onto the grassy area between the aircraft and RWY 15/33. At this stage, when no-one was controlling them, they could have entered the active runway. The shift supervisor of airport rescue service, upon arrival [after c 8 minutes], took control of the passengers and told them to gather at a safe area.

Air navigation service provider ANS Finland stated that “while, in theory, it was possible for the passengers to enter runway 15, it was highly unlikely because of the difficult terrain and the physical distance”.

Investigators found the origin of the smoke was a seized Air Cycle Machine (ACM) bearing.  The ACM is part of the aircraft’s  air conditioning system.

When the unit failed, it generated smoke which was ducted through the air conditioning system into the cabin. 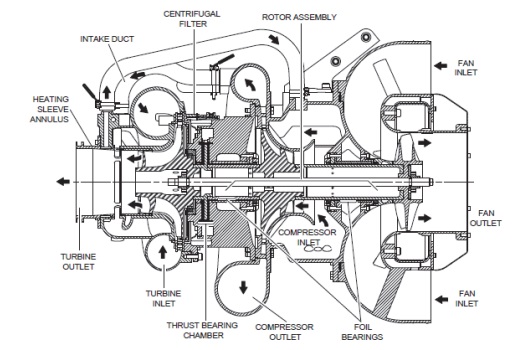 The ACM bearing and the subsequent generation of smoke has occurred before in the A320 family fleet.   For example: UK AAIB investigation into a smoke event to EasyJet A319-111, G-EZIM at Isle of Man Airport, 31 March 2017. 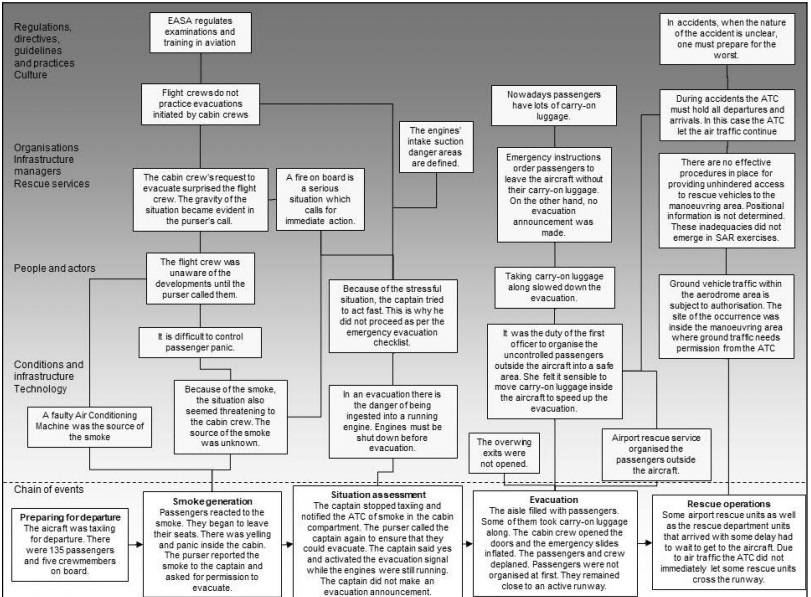 The SIAF conclusions were:

A Similar Case of an Evacuation Commencing with the Engines Running

Take-off was aborted and the flight crew completed the procedures for an engine fire. The fire, however, was uncontrollable, and the captain had to rapidly make the decision to evacuate the aircraft.

There are some similarities between that accident and the occurrence now being investigated. The captain was very experienced. It is possible that, during the situation, he felt the need to evacuate the aircraft so urgently that he did not have the time to complete the checklist.

EASA note that “regulations require operators to ensure that their procedures and training take into account situations in which the cabin crew initiates an evacuation without the captain’s command.”  Airbus noted that the crew would have “enough time to complete the evacuation checklist and shut down the engines before the passengers deplaned”.

UPDATE 6 August 2020: The UK AAIB have reported on another case of a premature evacuation: AAIB investigation to Airbus A320-214, OE-LOA Evacuation following rejected takeoff due to left engine failure, London Stansted Airport, 1 March 2019.