On 8 November 2020 two Guimbal Cabri G2 helicopters (9M-HCA and 9M-HCB) of My Heli Club collided over Taman Melawati, Selangor, Malaysia.  9M-HCB crashed onto the side of a road, fatally injuring both of its occupants. 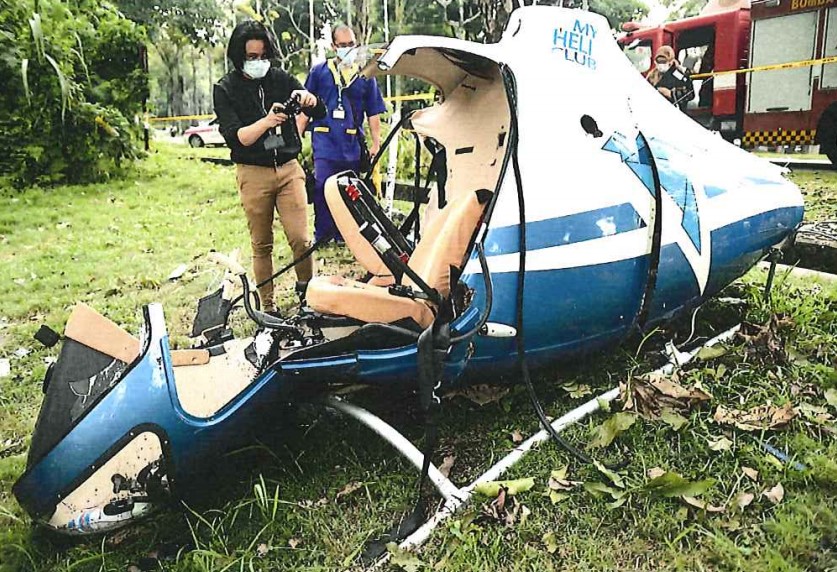 …the two helicopters took-off from Sultan Abdul Aziz Shah Airport, Subang (WMSA) [at c1112 Local Time]. The flight plan was filed for 9M-HCA with remarks that it would be ‘Flying In Company With 9M-HCB’. Subsequent RT calls between the helicopters with Subang Ground (121.9 MHz) that morning established that the callsign ‘My Heli Combined’ would be used to identify the pair of helicopters [with 9M-HCB as the lead aircraft]. Both helicopters then proceeded to Genting Sempah via Batu Caves before returning. On the way back, a request was made to operate at Batu Dam for approximately 10 minutes. This was followed-on by another request to operate this time at Klang Gates Dam for approximately 20 minutes. This communication at 1139 was to be the penultimate RT call made by My Heli Combined. At approximately 1145 both helicopters collided with one another.

9M-HCA received damage to it landing skids but was still controllable and the pilot managed to land safely on a nearby school field.

9M-HCB on the other hand severely damaged its main rotor blades and immediately began auto-rotating but crash landed onto a road [hard]shoulder not far away.  9M-HCB descended at a very steep angle [and] came down in a relatively level attitude with the right front quarter of the helicopter taking the brunt of the impact.  …the excessive vertical deceleration forces meant it exceeded the design limits of the helicopter skids and also the cabin’s high-energy absorbing, stroking seats. Analyses are still underway to approximate the g-forces involved.

9M-HCB’s fuel tank survived the impact intact. There were no fuel leakages which could have led to a post-impact fire.

9M-HCB’s ELT was activated on impact and a COSPAS-SARSAT ground station in Singapore managed to pick-up the signal. However, KLRCC was only notified 4 hours. KLATCC is investigating reasons behind the delay.

Investigators have examined ADS-B data to understand the conduct of the flight:

During transit, their paths maintained a separation of between 50-120m… 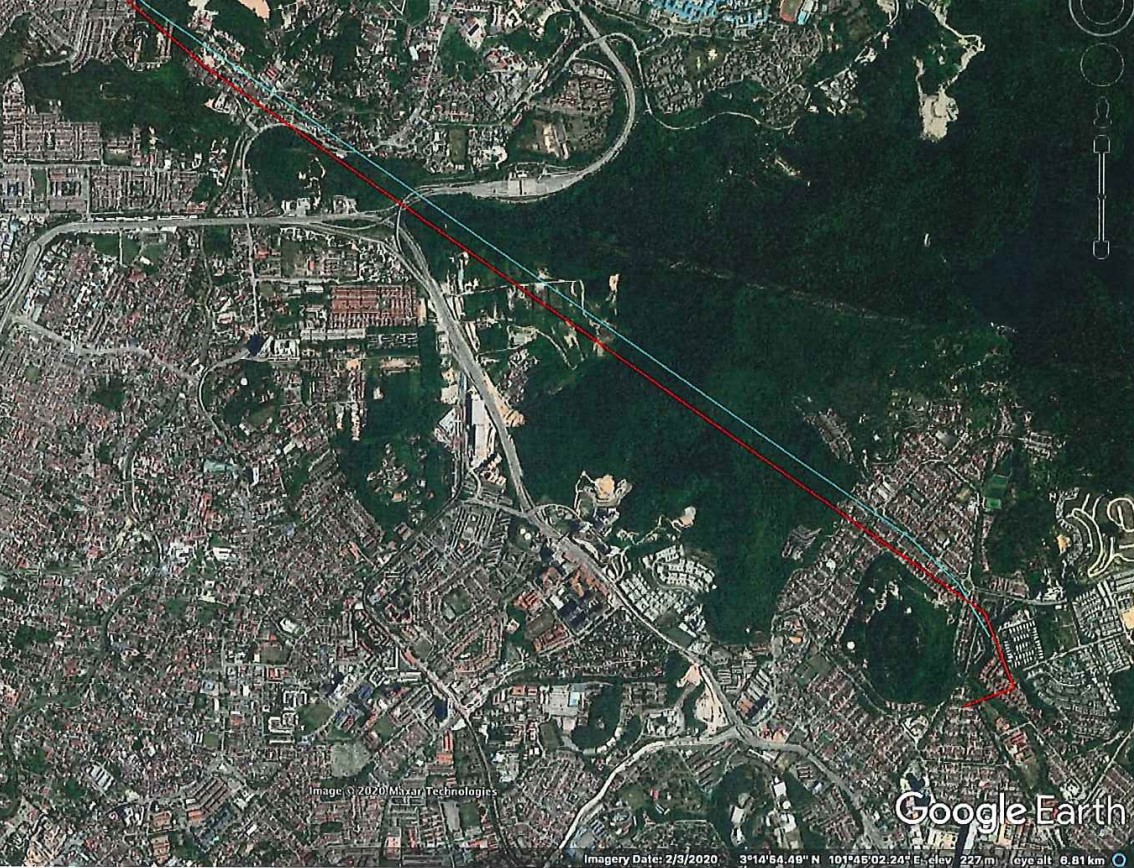 However, at 1144, for reasons still unknown, the helicopters start to converge and collided a few seconds later.

The pilot of 9M-HCA on being alerted by his passenger to the proximity of the other helicopter took evasive action by slamming his cyclic to the right but it was too late. Wreckage reconstruction later indicated that the main rotor blades of 9M-HCB impacted the skids of 9M-HCA.  A piece of 9M-HCB’s main rotor blade flew off in flight…. That piece was later recovered and…had split longitudinally from its tip along the plane of the chord line and the upper portion measuring 88 cm in length had separated in flight. 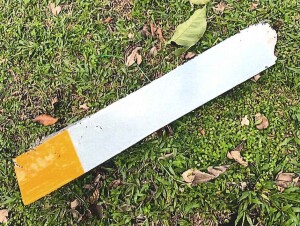 ADS-B Data shows that during the initial part of its auto-rotation 9M-HCB was already descending in excess of 2,000 ft/min. 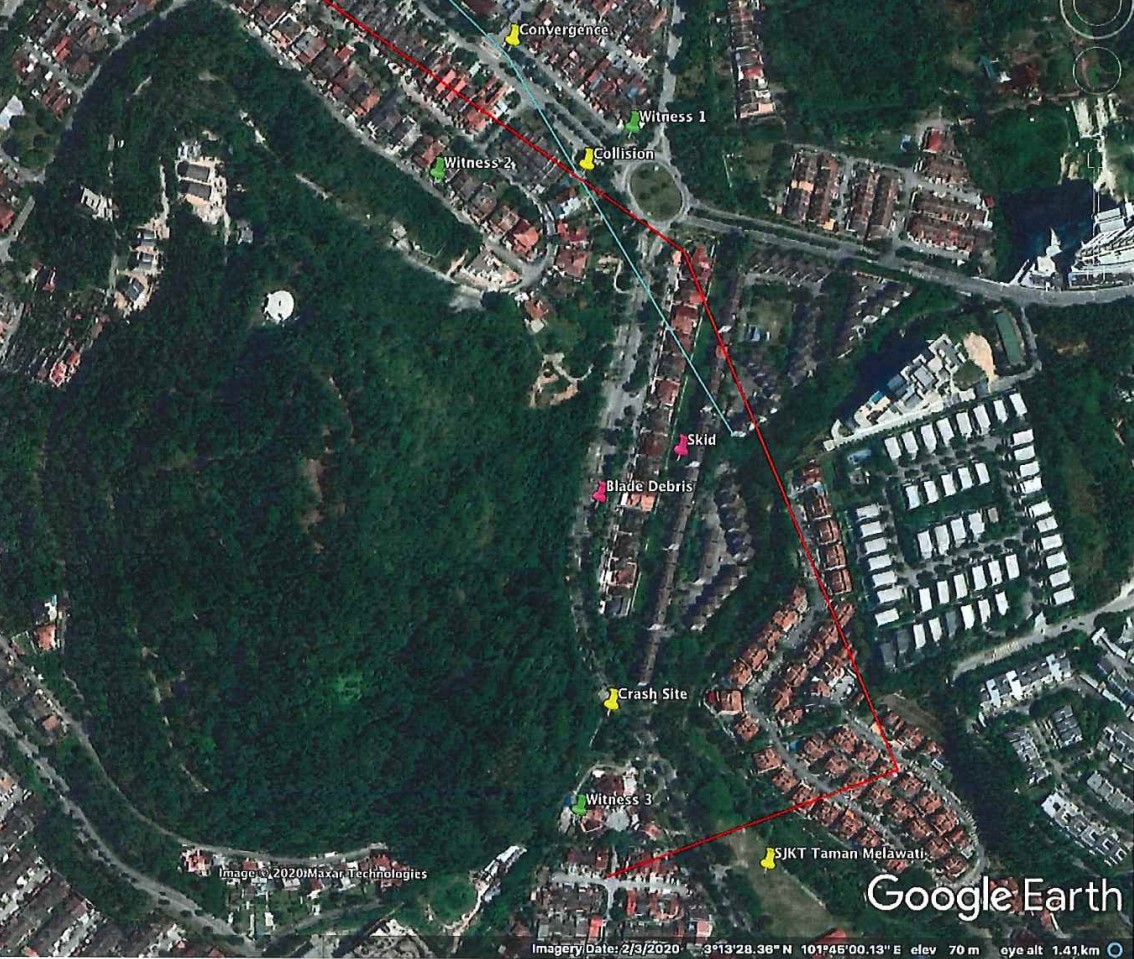 Further analyses into the ADS-B Data (heading, height, rates of climb/descent, speed) are still ongoing. Investigators are trying to ascertain exactly how the helicopters collided hoping that it will shed light into why the helicopters converged in the first place.

A point of contention was raised by the phrase ‘flying in company’ which was written in the Flight Plan. It is not defined anywhere but nonetheless in local aviation circles it has come to mean a group of aircraft flying together. When it comes to navigation and position reporting this group of aircraft would act as one, i.e. one callsign and one radio call to cover the whole group. A quick check into the the local AIP reveals that the only rule similar to what has been practiced can be found under ENR 1.1.2.3.19 Formation Flights. 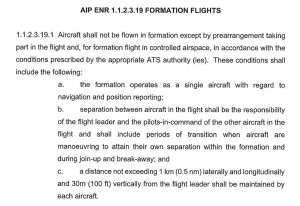 The question now is whether those who have been requesting such clearances are adequately trained to carry out formation flying. It may be argued that the term ‘flying in company’ does not entail flying in a ‘tight’ formation but rather that of a ‘loose’ one. The rules do not define these additional terms (‘tight or loose’) but they do spell out the maximum distance between aircraft as being not more than 1 km (0.5 nm). It must be noted however that no minimum separation is specified.

hat being said, formation flying (light or loose’) is without a doubt a discipline in itself. It requires proper training, a detailed briefing before the flight and each and every element in the formation must know his distinct roles and responsibilities in order to ensure the safety and success of the flight. Any lapse in discipline could lead to catastrophic results.

The MAAIB have raised a safety recommendation for the Malaysian CAA to examine the practice of ‘flying in company’ and determine if any regulatory change is required.

We will update this article as further information on the investigation is published.

UPDATE 1 January 2021: The club suffered another accident, to a Robinson R66, 9M-SAW, which rolled over during a training flight.

UPDATE 5 January 2021: The Civil Aviation Authority of Malaysia (CAAM) has temporarily suspended the Approved Training Organisation  Certificate of Approval for My Heli Club for a period of six months.  The club is still allowed to continue with private flights.