We look at a fatal accident that demonstrates the criticality of assessing recommended service bulletins. 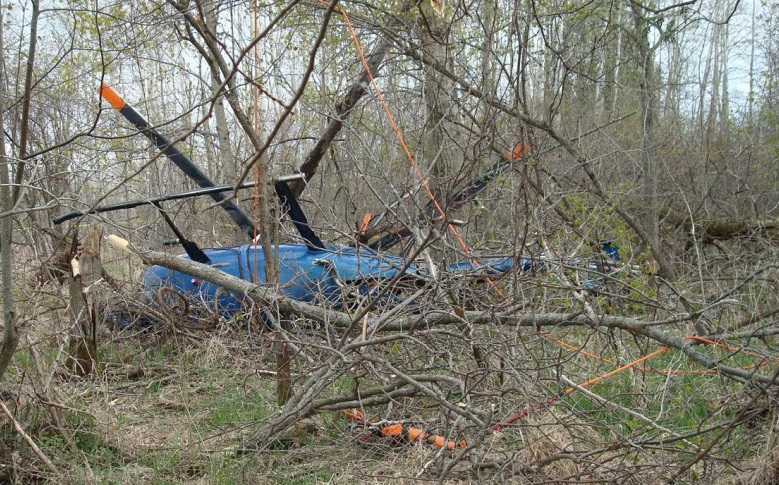 Wreckage of Rotor Blade MD Helicopters 369E N629JK on its side in trees (Credit: NTSB)

On 4 May 2016 MD Helicopters MD369E / MD500E helicopter N629JK operated by Rotor Blade suffered an engine failure while approaching a 125ft high electricity pylon near Reedsville, WI to collect two linesmen using a 50ft long line.  It impacted trees and terrain.  The pilot was killed by blunt force trauma to the chest and head despite wearing an MSA LH250 helmet. 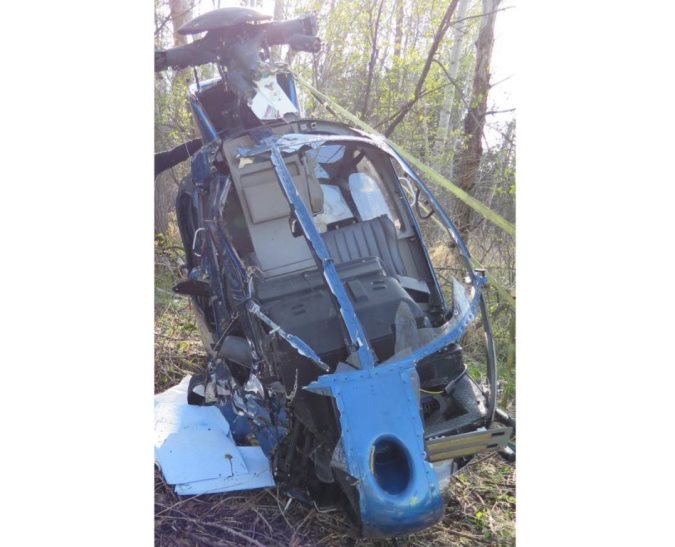 The US National Transportation Safety Board (NTSB) report that the main shaft of the Rolls-Royce M250-C20B engine’s Honeywell power turbine governor (PTG) was found fractured. 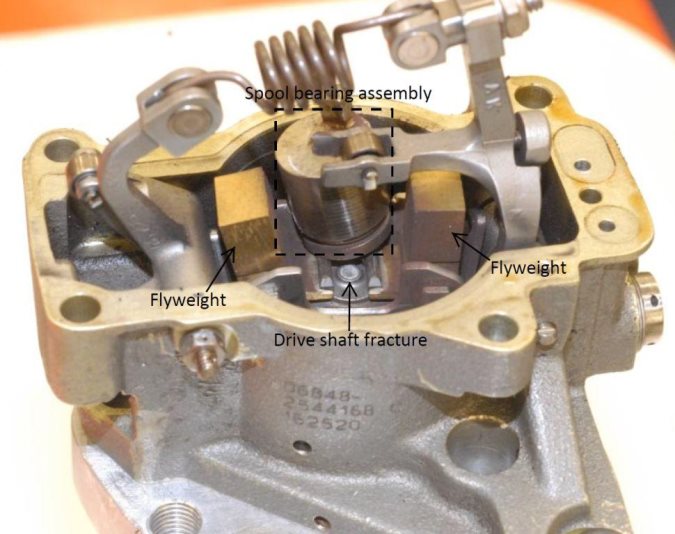 The NTSB found that a:

…portion of the fractured drive shaft remained embedded in the spindle of the spool bearing assembly. The fracture surface features of the shaft were consistent with overstress.

The outer cap of the spool bearing assembly was removed, and the ball bearings and spacers were found coated with voluminous, powdery, black particulate. Much of the powder fell from the assembly upon removal of the cap. No grease was observed. 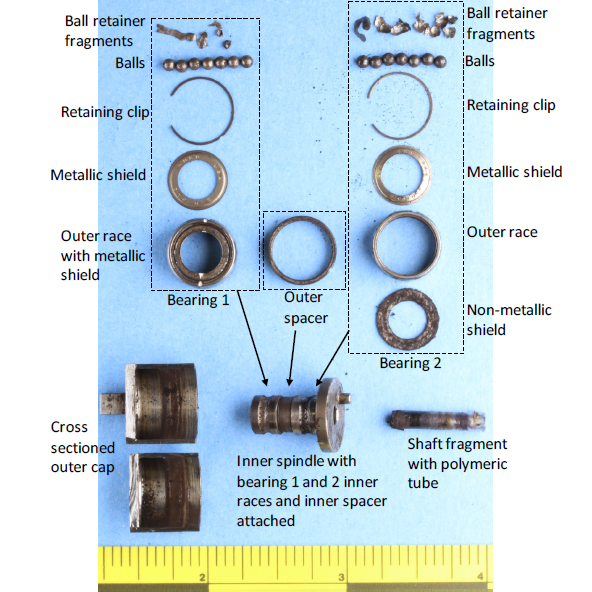 Disassembly of the bearings revealed that the ball retainers were fragmented, the inner surfaces were found coated with a powdery, black particulate, and no grease was observed. The inner bearing surfaces were rough and frosted.

Honeywell introduced this type of dual-spool bearing in 2003 “to lower cost of ownership and commonize the design”, replacing an earlier  single-spool bearing.  While the original design had no previous service issues, the NTSB report that the dual-spool bearing “had experienced a total of 23 failures before this accident”. These resulted in either engine oscillations, uncommanded engine acceleration or, as in this case, a loss of engine power.

Due to this adverse service experience the NTSB say that:

Honeywell issued SB [Service Bulletin] GT-73-344, Revision 2, on October 30, 2008, to replace the bearing assembly on PTGs used on Rolls-Royce 250 series engines in order to increase PTG reliability. The SB applied to several PTG models including the AL-AA2 model on the accident engine. Revision 1 was issued March 7, 2008.

The Engine Type Certificate Holder (TCH), Rolls-Royce, issued Commercial Engine Bulletin (CEB) 1402 on 21 April 2008 that referenced Honeywell SB GT-73-344 and specified compliance times.  The Federal Aviation Administration (FAA) did not however elect to make this mandatory with an Airworthiness Directive. 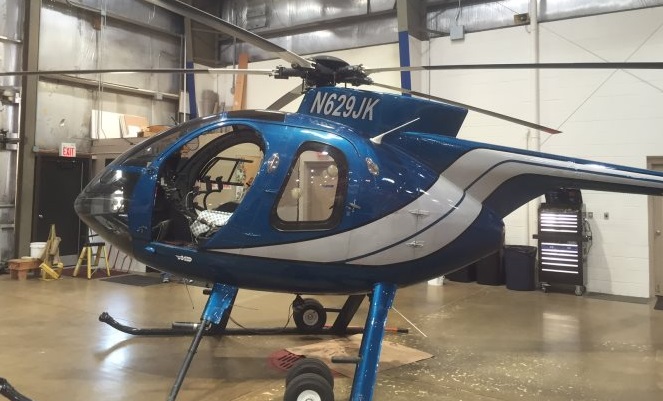 The TCH’s April 2008 recommendation was for this spool to have be changed by 750 hours TSN.

Despite operating at low altitude missions in a single engined helicopter Rotor Blade had not followed the recommendation and the PTG remained fitted with the dual-spool bearing with the known adverse service experience.

Disappointingly the NTSB record no information on how Rotor Blade assessed recommended service bulletins and other safety information and do not discuss what risk assessments, if any, the operator had conducted.

The failure of the power turbine governor’s dual-spool bearing due to a lack of lubrication, which resulted in a complete loss of engine power and subsequent impact with terrain.

Rolls-Royce issued a Commercial Service Letter (CSL), revision 1, on November 11, 2016, to remind customers that there are engines operating in the field that have not complied with CEB 1402 and other CEBs. The CSL recommends that customers should review the referenced CEBs to determine if they are applicable to their engine.

The CSL also states: “Rolls-Royce has been involved in investigations where failure of the user to comply with the identified bulletins resulted in an uncommanded engine power reduction. It is the owner/operator’s sole responsibility to comply with the identified bulletins within the specified timeframe or risk a potential for loss of aircraft or loss of life. Rolls-Royce is not responsible for an owner/operator’s failure to comply.”

No safety action by any other party is reported.

UPDATE 1 May 2019: The Australian Transport Safety Bureau (ATSB) publish a safety news item: Non-mandatory service bulletins can make all the difference.  This follows an  investigation into a dual hydraulic failure in a Boeing 757 aircraft. 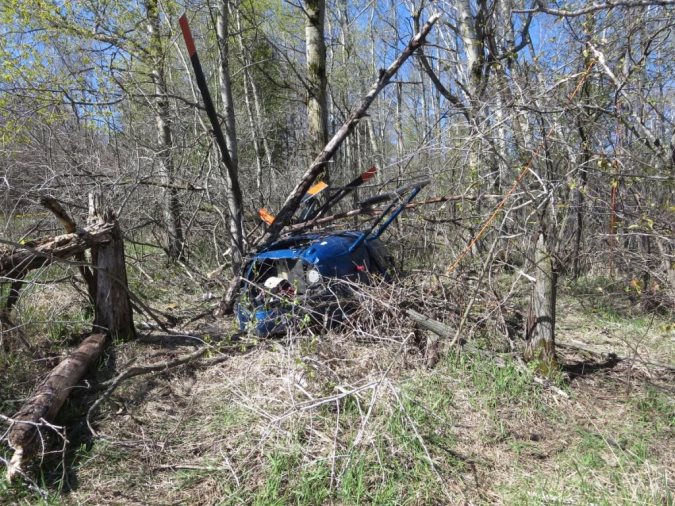 This article was first published by Heliweb in January 2018 under the title ‘Anatomy of an Accident’.