On 16 April 2019 Bell 206B N61PH of Van Horn Aviation was destroyed during a test flight evaluating developmental main rotor blades near Fort McDowell, Arizona.  Both occupants were killed. 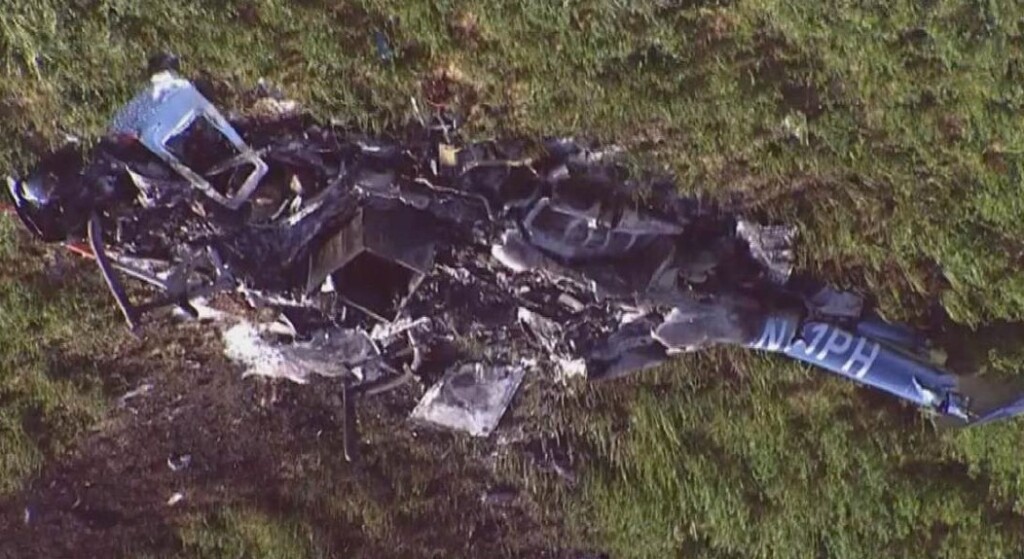 The US National Transportation Safety Board (NTSB) issued their safety investigation report on 6 April 2022.

The NTSB explain the flight was being conducted as a Part 91 test flight and the aircraft was in the Experimental (Special) category.  The helicopter was modified to have Van Horn Aviation’s 20635000-501 main rotor blades.  These were constructed using carbon fibre/epoxy pre-preg woven fabric and unidirectional tape.

The pilot was aged 52, held a Commercial Pilots Licence and had 1200 hours flying experience.   He was accompanied by a 28 year old engineer who had a Private Pilots Licence.  Neither the NTSB report nor the public docket mention either having any flight test qualifications.

The operator reported that the [pilot] would perform all the flight maneuvers and the flight test engineer would perform several tasks during the test flight, which included holding a 17-inch, 7.72-lb [3.5 kg] engineering laptop with his left hand above the cyclic control while simultaneously using and stowing a clipboard and pencil to manage data collection.

Flight cards are prepared for each test flight and listed the maneuvers to be performed during the flight. The accident flight was to be the last test flight of the main rotor blades before their certification process.

Cyclic controls were installed at both seat positions, reportedly a deviation from procedures according to the operator (although no procedural documents are reproduced or referenced in either the NTSB report or the public docket).

A review of the radar data revealed that the accident flight duration was about 34 minutes. The pilot executed multiple turns and descent maneuvers near the area of the accident site. The…final radar-recorded altitude was…about 3,000 ft above ground level (agl).

A witness saw the helicopter falling from the sky and saw several other objects descending to the ground before losing sight of it behind trees.

The examination of the accident site revealed post-crash fire and impact damage consistent with a right side-down, nose-level attitude during ground impact. 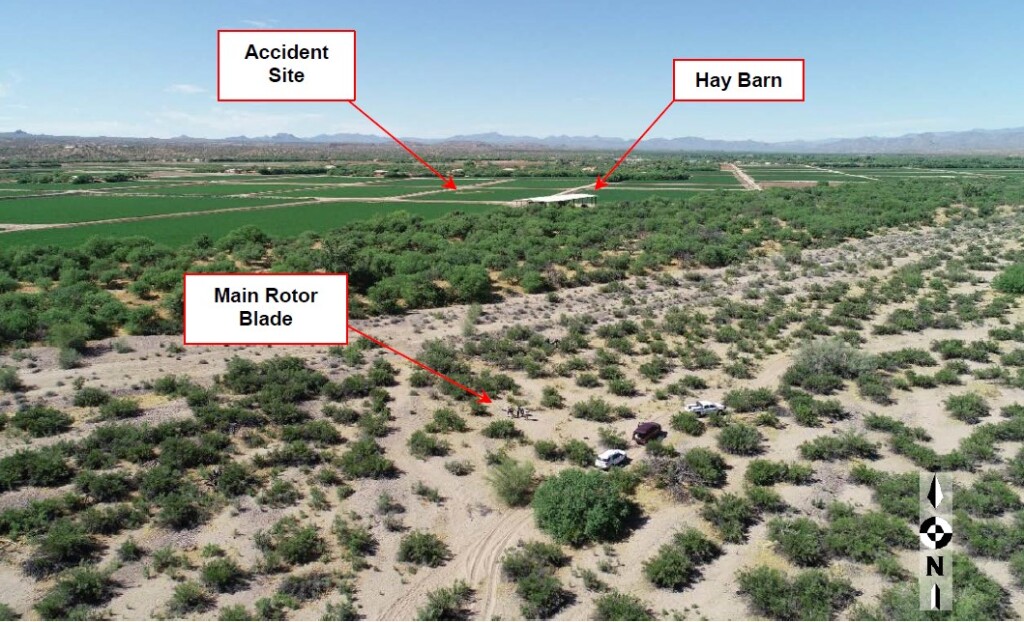 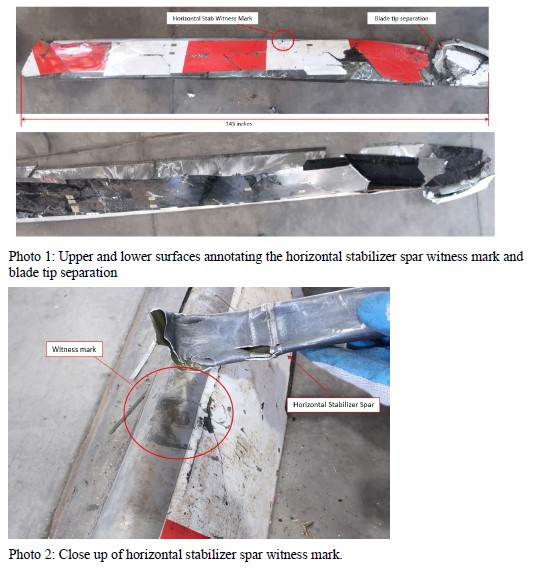 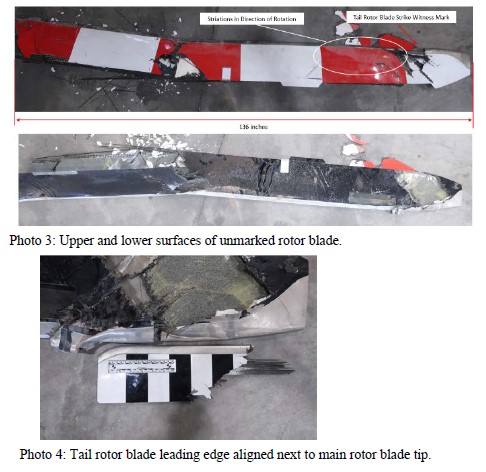 Damage found was consistent with a mast bumping event.

…a phenomenon specific to the 2-bladed teetering or underslung rotor system where the rotor hub flap stops shear the mast. Mast bumping is the result of excessive rotor flapping.

No evidence of any prior mechanical malfunctions was found.  The NTSB comment on the challenging ergonomics:

In order for the engineer to operate the computer or take notes on the clipboard, he would have to hold the computer with one hand while using the other to enter commands or take notes. The flight engineer’s fatigue of holding the 8-lb computer over his lap, the awkwardness of entering commands with one hand, or taking notes single-handedly may have allowed the computer to suddenly shift and strike or block the cyclic during the simulated loss of power test at the critical low-G flight condition.

The separation of the main rotor head from the mast as a result of a sudden displacement of the cyclic stick during a low-G maneuver, leading to mast bumping.

Contributing to the accident were the unsecure positioning of the flight test engineer’s laptop computer and the deviation from standard operating procedures to leave the left seat cyclic control installed during the test flight.