On 21 January 2019 a 1944 Douglas DC-3C-65TP, N467KS, owned by Priority Air Cargo and operated by AFM Hardware, was involved in a take-off accident in Kidron, Ohio. Both pilots onboard were fatally injured. 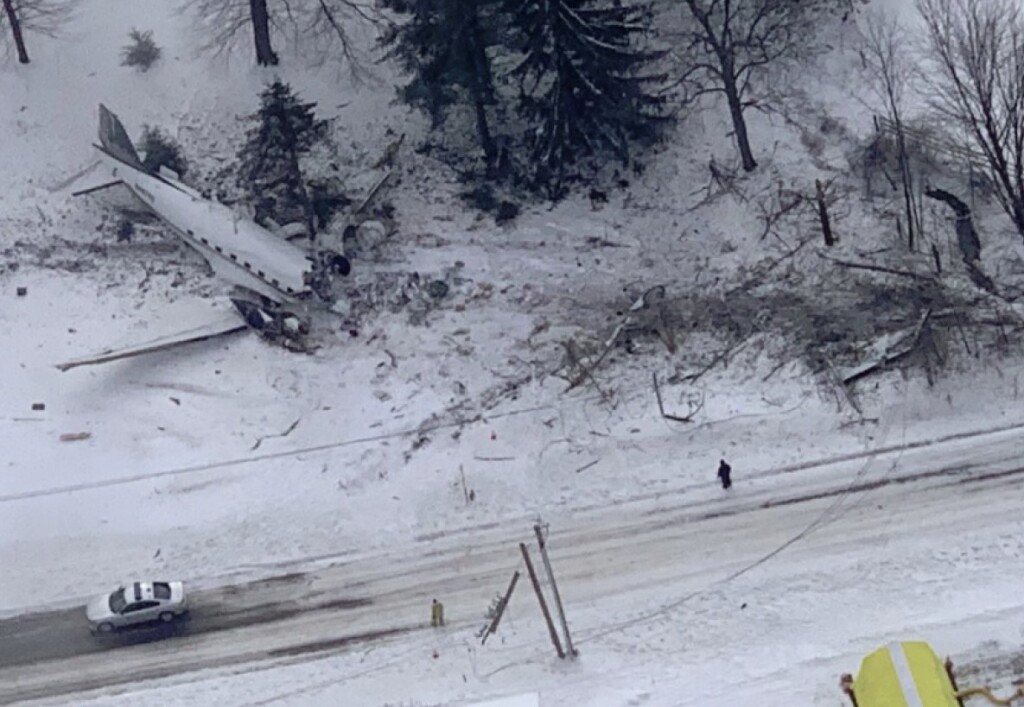 …was the prototype for an Amended Supplemental Type Certificate (STC) project to add newer model Pratt and Whitney Canada (P&WC) PT6A[-67F] series engines and MT propellers to the existing STC.

Flight Manual extracts in the public docket suggest this was the ‘Preferred Turbine -3‘ STC.

The airplane was loaded with ballast to maximum gross weight and was being positioned from Stoltzfus Airfield (OH22), Kidron, Ohio, to Akron Canton Regional Airport (CAK), North Canton, Ohio, to pick up a FAA test pilot for initial flight testing of stall maneuvers.

The cockpit voice recorder (CVR) began recording before takeoff, about 0902.

According to the recording, the captain elected to forego the auto-feather system and overspeed governor tests that were listed in the “run up” section of the normal checklist because of the snow packed conditions on the taxiway and runway.

As the captain was completing the before takeoff checklist, he stated all four boost pumps were on and all annunciator panel lights were extinguished.  The captain briefed the takeoff decision speed (V1), rotation speed (Vr) and climb speed (V2) of 82, 84, and 90 knots respectively. 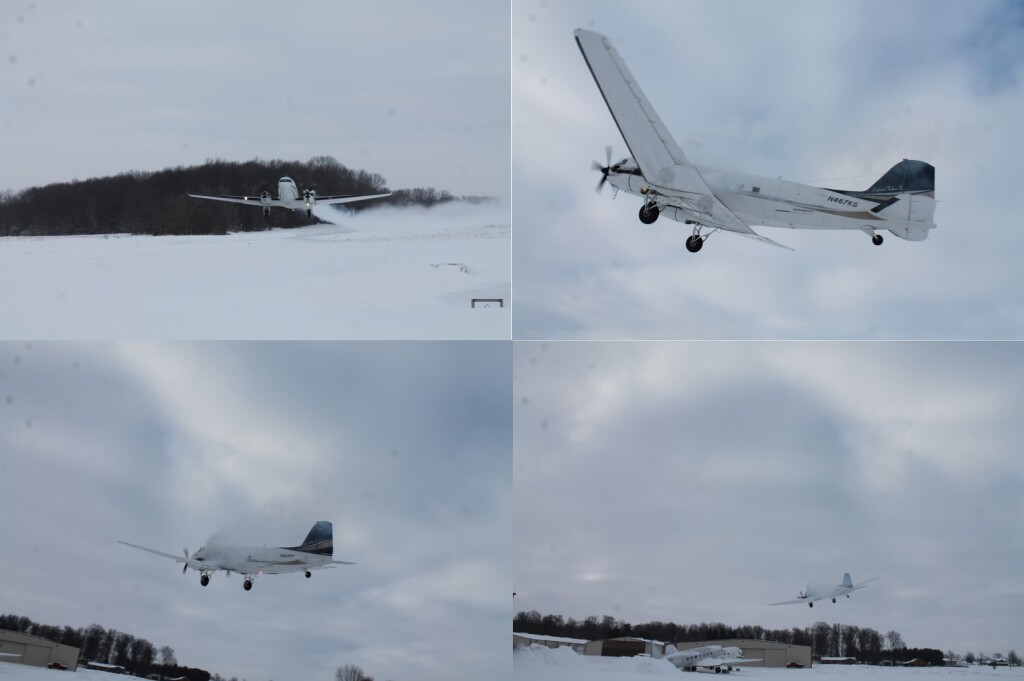 At 0911:35 and 0911:39, the captain made brief comments that indicated he was struggling to fly the airplane. The airplane yawed and banked to the left, descended, and… struck power lines and trees before impacting terrain [at 0911:40]. 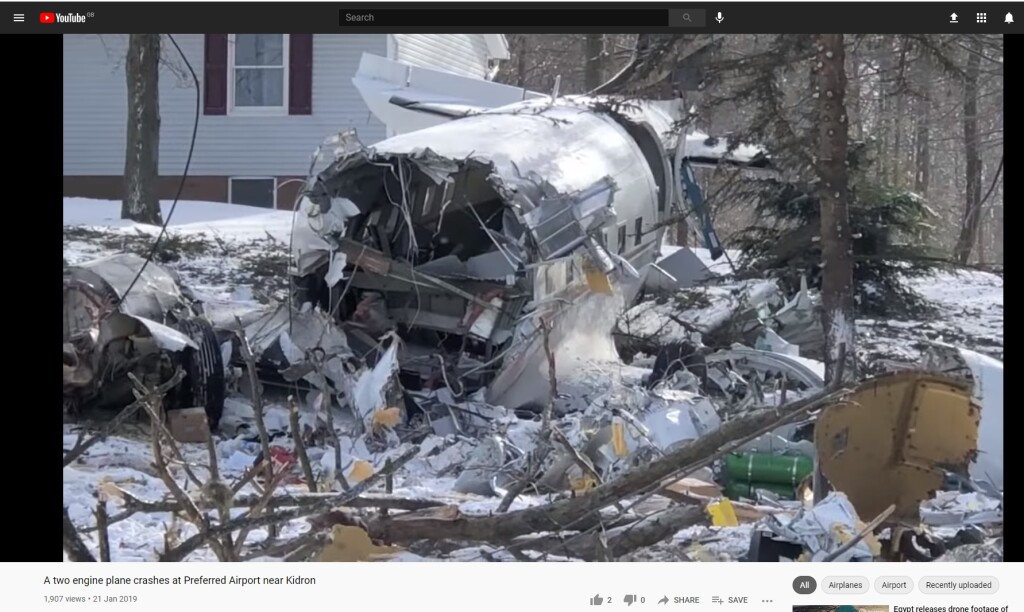 The airplane came to rest about 600 ft from the end of runway 19 and about 700 ft to the left of the runway centerline. The main wreckage was upright and oriented on a northwesterly heading, with the fuselage separated forward of the wings. 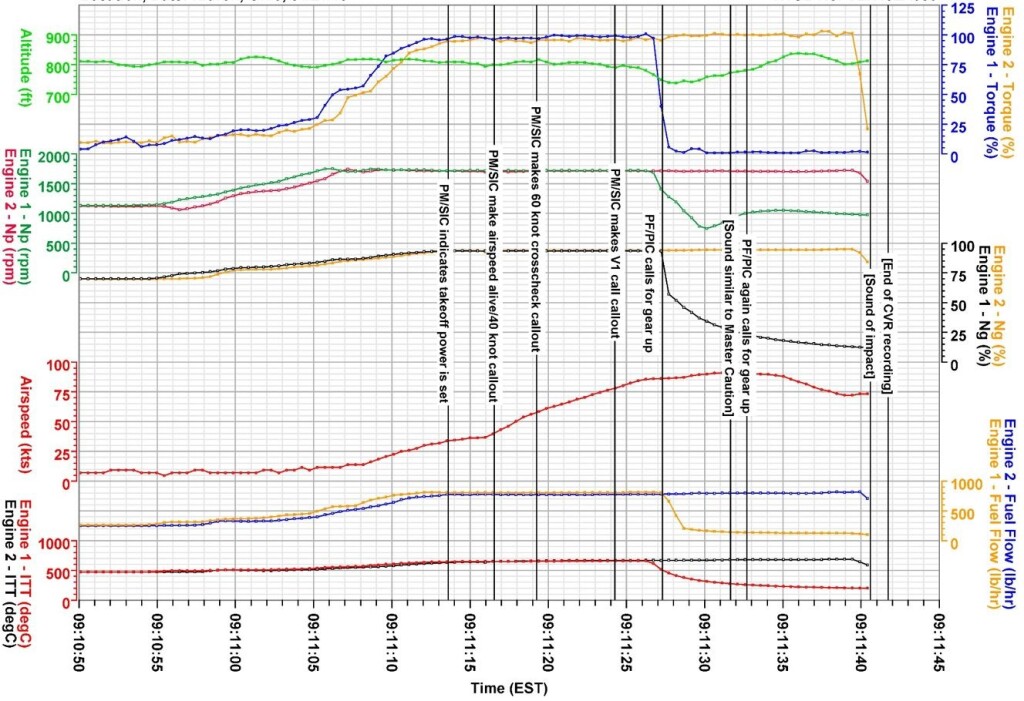 Recorded engine data indicated the power loss was due to an engine flameout; however, examination of the engine did not determine a reason for the flameout or the auto-feather system interruption.

It is estimated that the minimum airspeed required to maintain lateral control after an engine failure with an unfeathered propeller was between 97 and 107 knots. Recorded data showed the engine failure occurred at about 86 knots and the aircraft only reached a maximum of about 91 knots.

The checklist for an engine failure at take-off is below.  Items in bold are memory items. 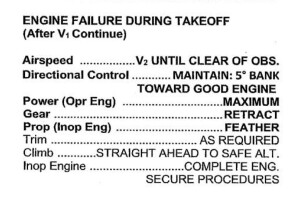 NTSB Probable Cause and Analysis

The NTSB state the probable cause as:

The loss of airplane control after an engine flameout and auto-feather system interruption during the takeoff climb, which resulted in an impact with terrain.

The NTSB were unable to determine the cause of either the flameout or the failure to auto-feather they did state in their analysis:

While it is plausible that an air pocket developed in the fuel system during the refueling just before the flight, this scenario was not able to be tested or confirmed.

The power loss and auto-feather system interruption occurred during a critical, time-sensitive phase of flight…[and] would have challenged the pilots’ ability to manually feather the propeller quickly and accurately.

The flight manual did not specify position of the ignition switch for normal takeoff. Following the accident, the operator updated the flight manual to require both engine ignition systems be switched to manual before takeoff to ensure continuous ignition.