On 25 February 2018, Australian registered PZL-Mielec Dromader M18A VH-FOS departed Keratong airstrip in Malaysia to conduct agricultural crop spraying.  Systematic Aviation Services (SAS) had wet leased VH-FOS from Dompter Pty Ltd of Victoria, Australia since 2014 for agricultural flying in Malaysia.  It had been modified with a Honeywell TPE331-12UHR-702H turboprop in place of the standard radial engine, most likely under an FAA Supplemental Type Certificate (STC).

The Air Accident Investigation Bureau of Malaysia (AAIBM) say in their safety investigation report that it refueled three times before departing on its 9th spray run.  At the end of that run the pilot noticed the power setting of 55% has dropped to 35%. After attempting to resolve the power loss the pilot decided to make an emergency landing.

While descending toward a small patch of shrub the engine totally failed. The pilot dumped the spray agent and flared the aircraft over the shrubby area until it ready to stall then allowed the aircraft to settle on the bushes.  The aircraft impacted with the ground cushioned by the shrub.

The pilot escaped uninjured but the aircraft was destroyed. 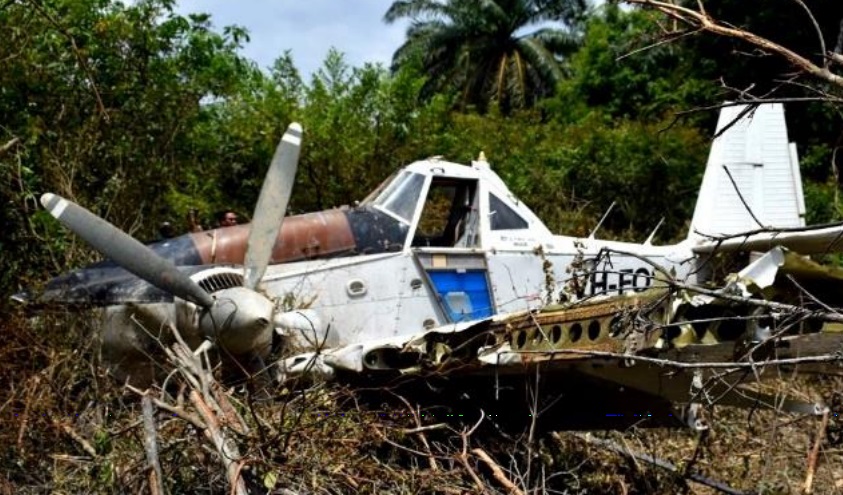 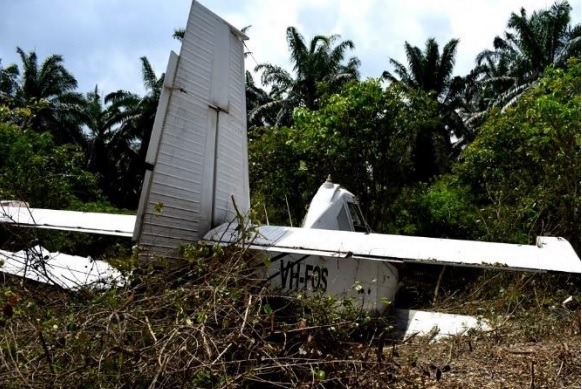 It had rained heavily the day before.  The aircraft was parked under the shade of palm tree as were the fuel drums it was to be refueled from.  Sourcing fuel from drum stock increases the risk of fuel contamination.  The motorised fuel pump and hose were left covered but on the ground.

Investigators took a fuel sample from the airframe filter at the crash site.  Contamination could be seen. When the sample was tested with water detector capsule, it is confirmed the fuel was contaminated with water.

A similar result occurred when the engine fuel control unit filter was checked.  The portable fuel pump filter was however found not to have been contaminated.  However, this was only tested after 11 days and the investigators suspect any water had since evaporated.

The ground handler was using Shell Water Detector Capsules, distributed by ASC (a recognised industry best practice – although disappointingly neither Shell or ASC refer to use on aircraft fuel samples on their websites, as usage shown is based entirely on JIG fuel supply procedures [i.e. to the wing]).  However, the method employed was not as recommended. The ground handler was dropping a capsule into the fuel sample and swirling.  The correct method is to attach a capsule to a syringe (without a needle), dip in the fuel sample and extract fuel into the syringe through the capsule. If there is water contamination, the colour of the capsule will immediately change.

It is not clear if a syringe was available.  AAIB Malaysia say:

The storage life for unused Shell Water Detector capsule is 9 months from the time of manufacture. 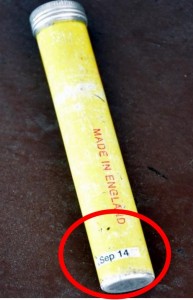 The capsules used by the ground handler were manufactured in [September] 2014.

As shown in the video this is actually an expiry date and so the capsules were 40 months out of date.

While the ground handler had been employed by SAS for many years he had never had any formal refuelling training nor been subject to a competency test.

The cause of the accident was due to fuel contamination which lead to engine failure during flight. 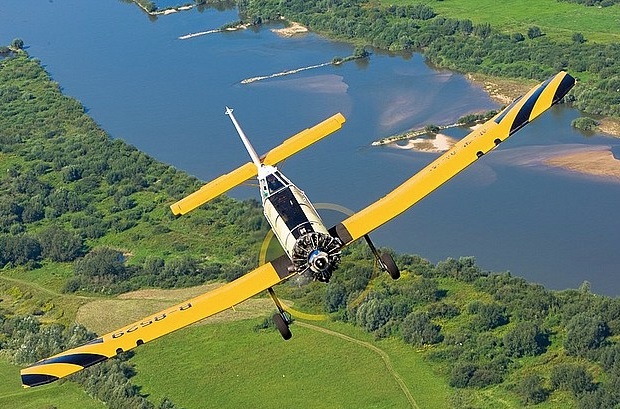 Videos of an M18A operation in Hungary with the original radial engine that neatly show that this is indeed an ‘agricultural’ aircraft:

A walk around of a Canadian Turbine Dromader: