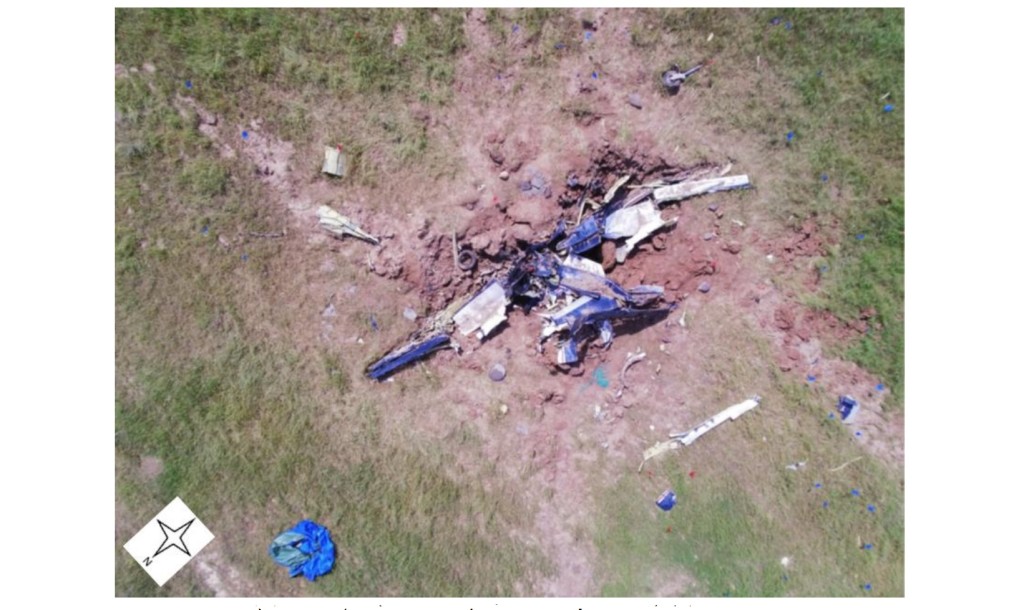 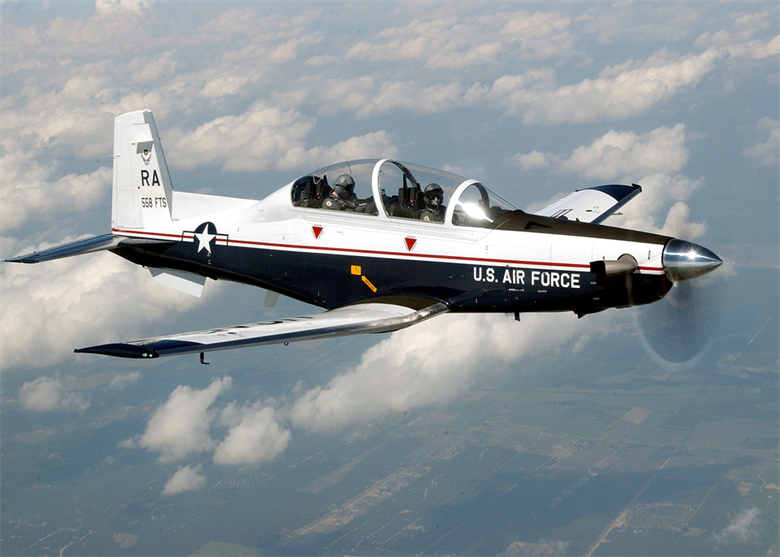 The 89th FTS is comprised of 60 personnel from 13 NATO nations, and  trains mores than 100 student pilots and 24 instructor pilots annually in support of Euro-NATO Joint Jet Pilot Training Program.

The USAF Accident Investigation Board (AIB) report explains that:

While setting up a training maneuver with building cloud formations, the Instructor flew the aircraft in an unintentional nose-high trajectory with decreasing airspeed. At 13:12:52L the aircraft passed through 12,800 feet MSL, 60º nose-high with airspeed decreasing below 100 knots. 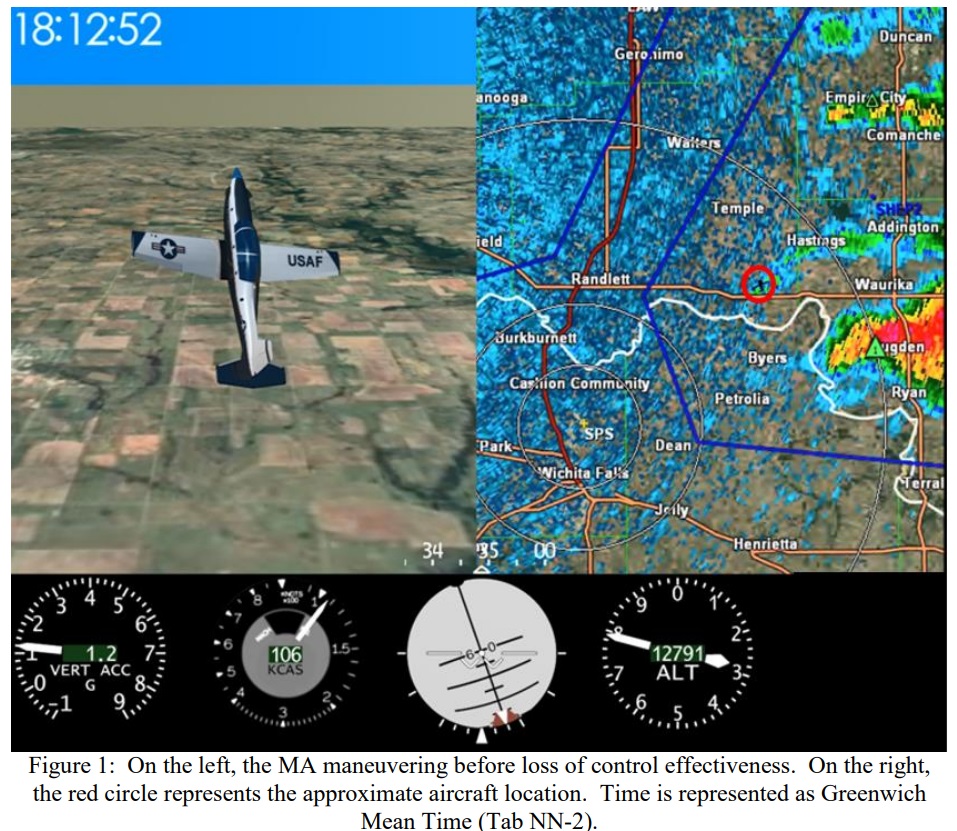 In an attempt to regain airspeed, the instructor tried to lower the nose of the aircraft towards the horizon and penetrated the weather. Next, the instructor attempted to roll wings level while still in a [30º] nose-high attitude with insufficient airspeed and high-power setting.  This resulted in a left torqueroll, placing the aircraft into a power-on, inverted spin while still in Instrument Meteorological Conditions (IMC). A left torque-roll occurs when aerodynamic forces are insufficient to overcome the rolling motion induced by the propeller. 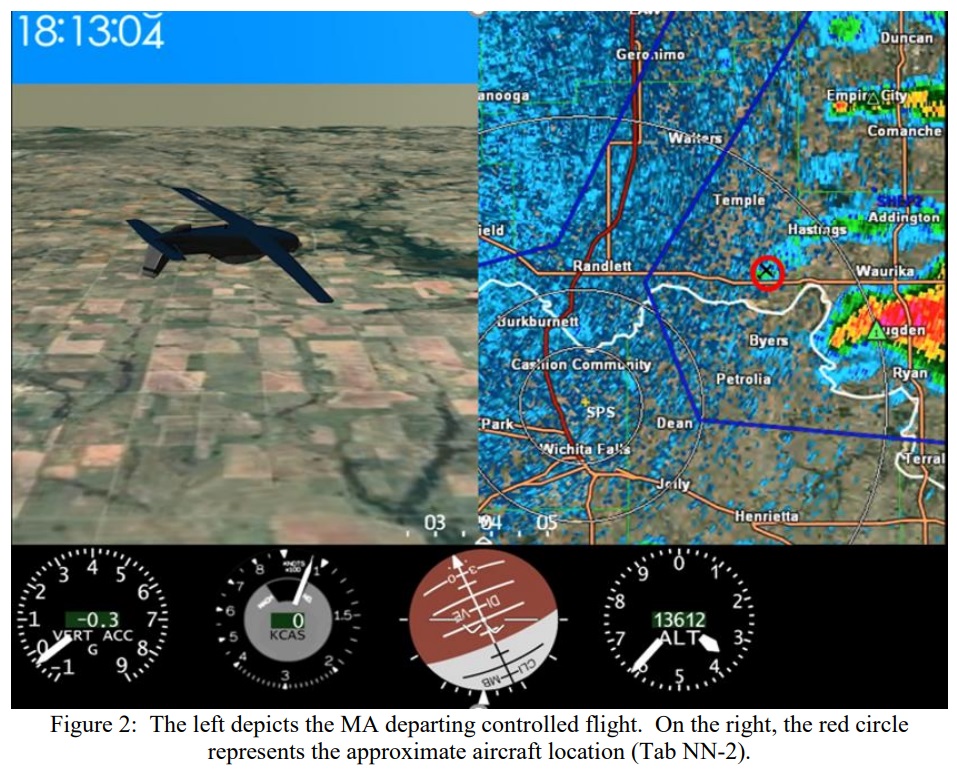 The instructor recognized the inverted state of the aircraft but never completed the critical action of pulling the Power Control Lever (PCL) to IDLE. Maintaining the high power setting prolonged the state of the spin and pushed the aircraft into a steeper nose-low attitude. 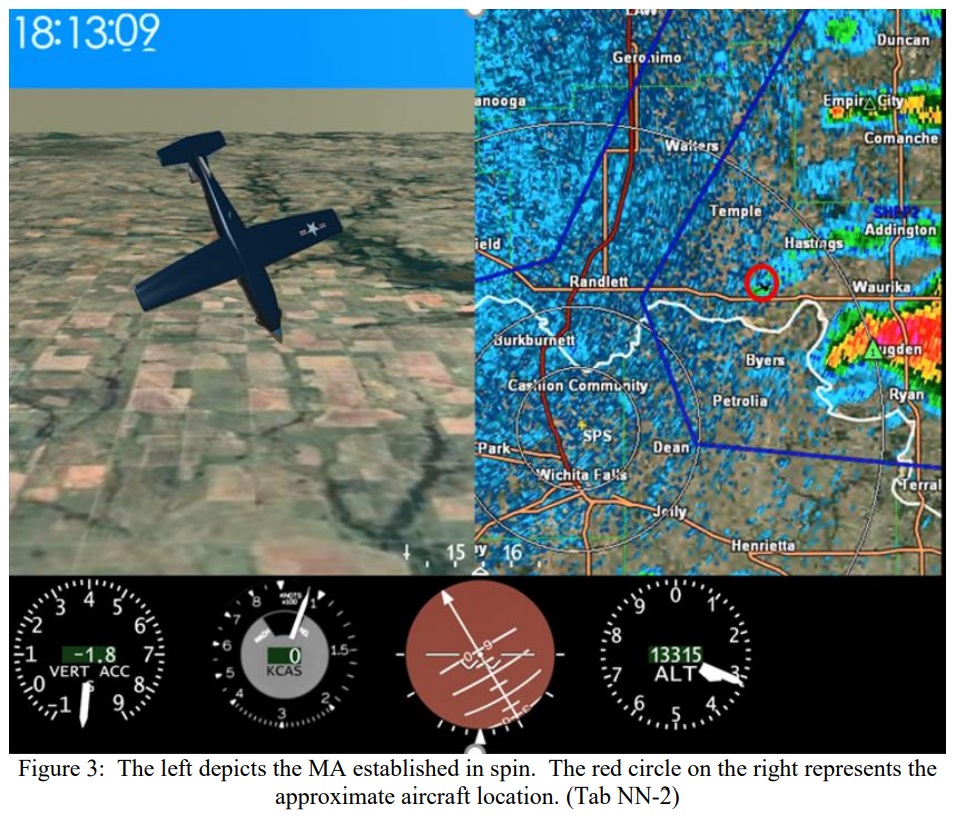 Due to the disorienting nature of the inverted spin entry, coupled with IMC, unusual negative gravitational forces, and the aircraft’s propensity for pro-spin rudder, the instructor could not identify and input the appropriate controls for timely recovery. Furthermore, due to the negative G’s, the instructor’s distorted body position affected the view of the altimeter, which was partially obscured by the glare shield. This prevented the instructor from seeing the specific altitude displayed in the upper portion of the altimeter, but did allow recognition of the downward trend. 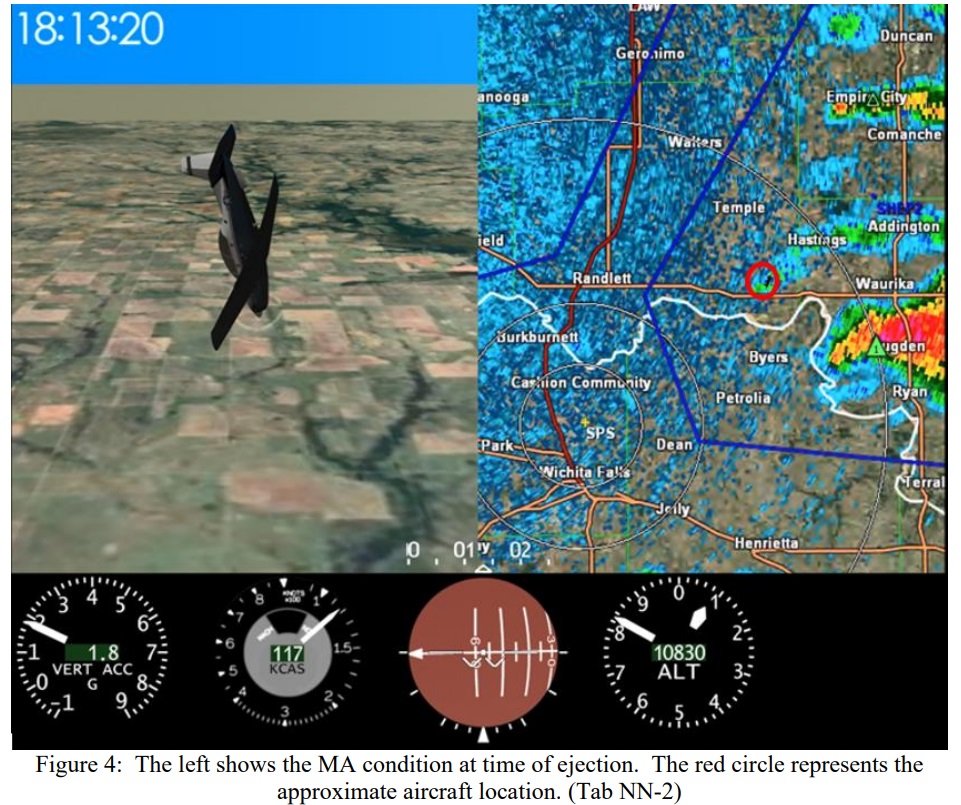 The crew ejected at 10,830 feet MSL as the aircraft continued to spin 60º nose-low with inconsistent airspeed indications

The investigators applied the the DoD Human Factors Analysis and Classification System (DoD-HFACS) taxonomy based on the work of Wiegmann and Shappell.  They identified following human factors:

The Accident Investigation Board President found…

…that the cause of the mishap was the instructors fixation on the outside environment, not recognizing the nose-high attitude and slow airspeed, then failure to apply the memorized critical-action Inadvertent Departure from Controlled Flight Procedures checklist in a timely manner.