Maintenance issues at a US Air Force (USAF) depot featured in the loss of US Marine Corps (USMC) Reserve Lockheed KC-130T Hercules 165000 (callsign Yanky 72) and 16 lives when a propeller blade failed in flight over Itta Bena, Mississippi on 10 July 2017. 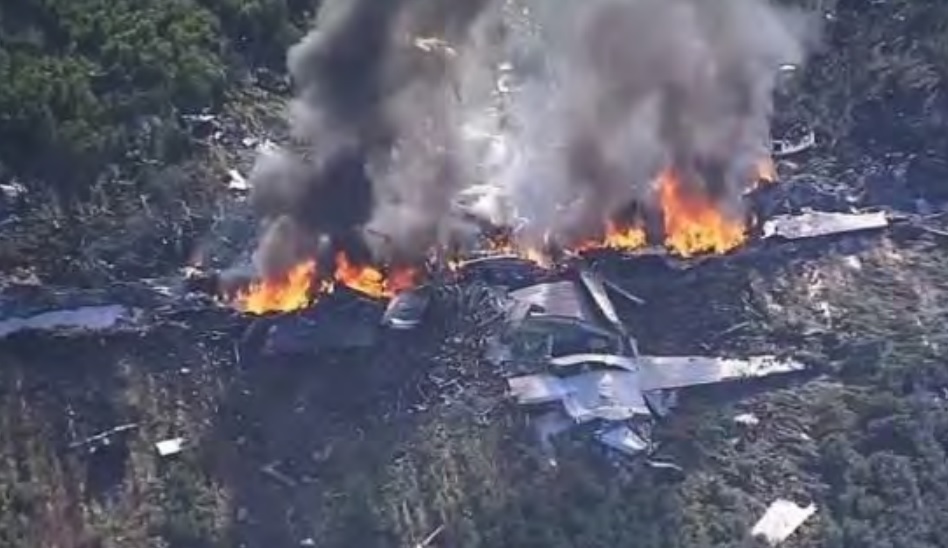 The USMC Command Investigation determined that the accident was due to:

…an inflight departure of the number four blade from the number two propeller. This propeller blade (P2B4) liberated while the aircraft was flying at a cruise altitude of 20,000 feet.  This liberation of P2B4 is the first known occurrence of a circumferential fatigue crack initiating from a radial crack which had not grown to pass fully through to the outer diameter blade shank wall of a propeller produced by UTC Aerospace Systems (UTAS).

[The liberated blade] sliced through the left (port) side of the fuselage, and impacted the interior of the right (starboard) side… 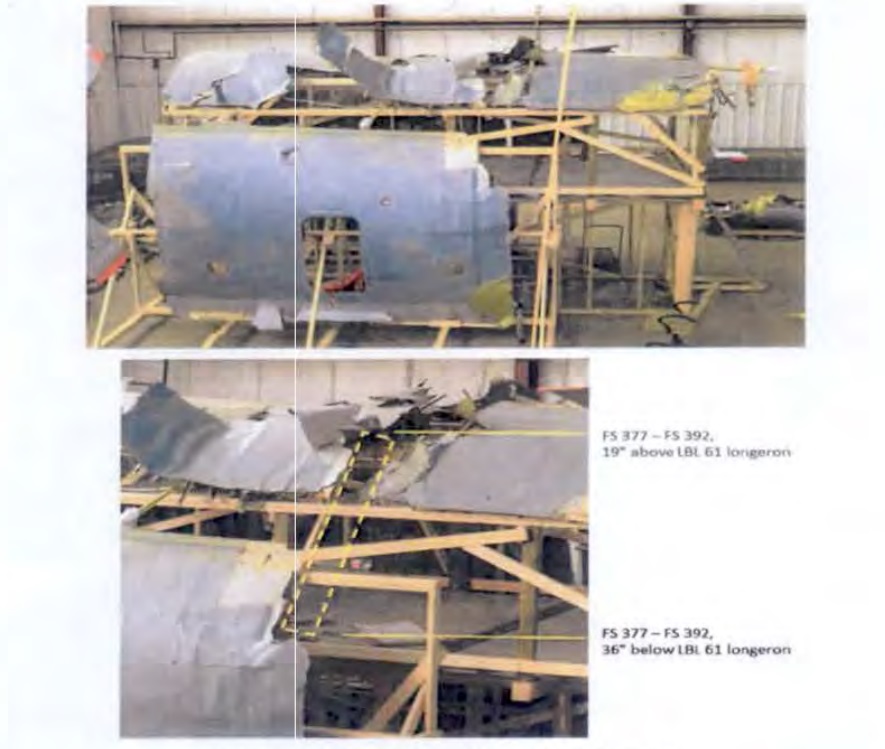 This impact caused the skin of the aircraft to separate along the starboard side. The energy transferred from P2B4’s impact through the structure of the airframe also caused an overload condition of propeller three’s drive shaft. This resulted in its associated reduction gearbox assembly (RGA) failing and the separation of propeller three from the aircraft. Propeller three then momentarily embedded into the upper right section of the fuselage. After which, it continued over the aft starboard section of the fuselage and impacted the starboard horizontal stabilizer separating a significant portion of the stabilizer from the aircraft.

As a result, the fuselage “explosively disintegrated into multiple pieces” says the investigation. 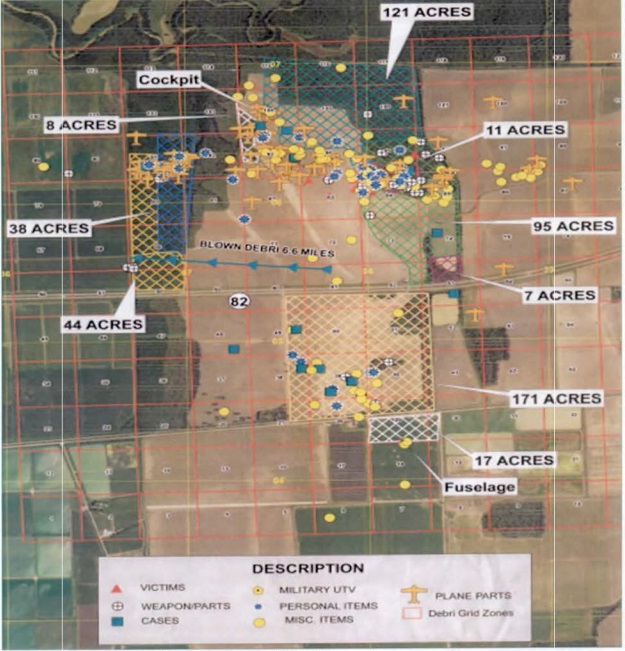 Post-mishap analysis of P2B4 revealed that a circumferential fatigue crack in the blade caused the fracture and liberation. This fatigue crack propagated from a radial crack which originated from intergranular cracking (IGC) and corrosion pitting. 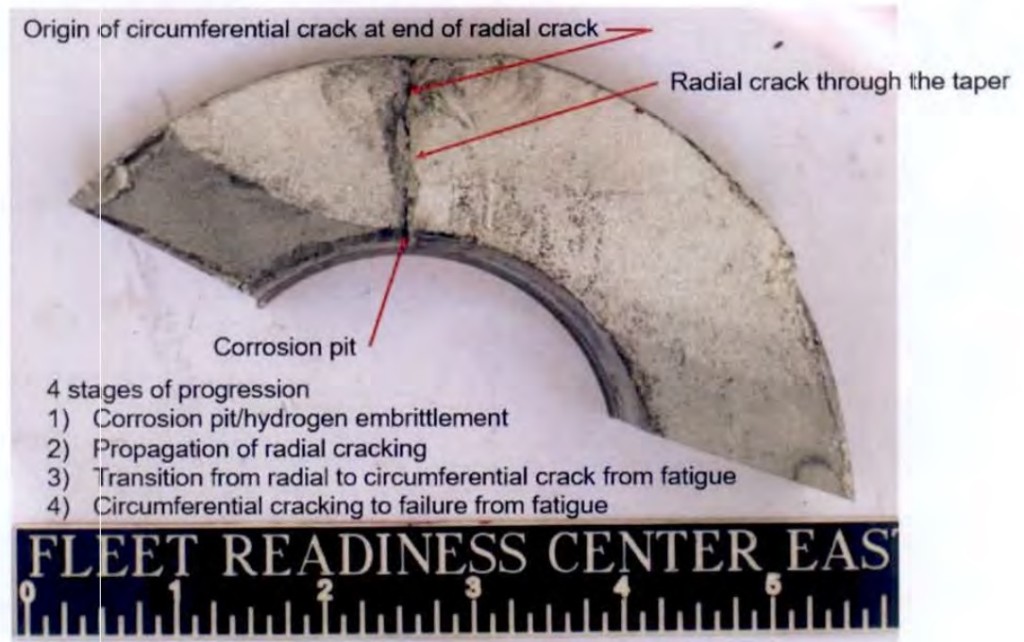 This intergranular radial crack in P2B4 had grown to a total of 2.7 inches in length along the interior taper bore of the blade, extending 1.25 inches beyond the bushing. The radial crack had grown outward through 64 percent of the shank wall section until it was 0.45 inches from the outer diameter at the time P2B4 liberated on 10 July 2017.  When the circumferential fatigue crack reached critical length the remainder of the blade shank structure failed in overload… 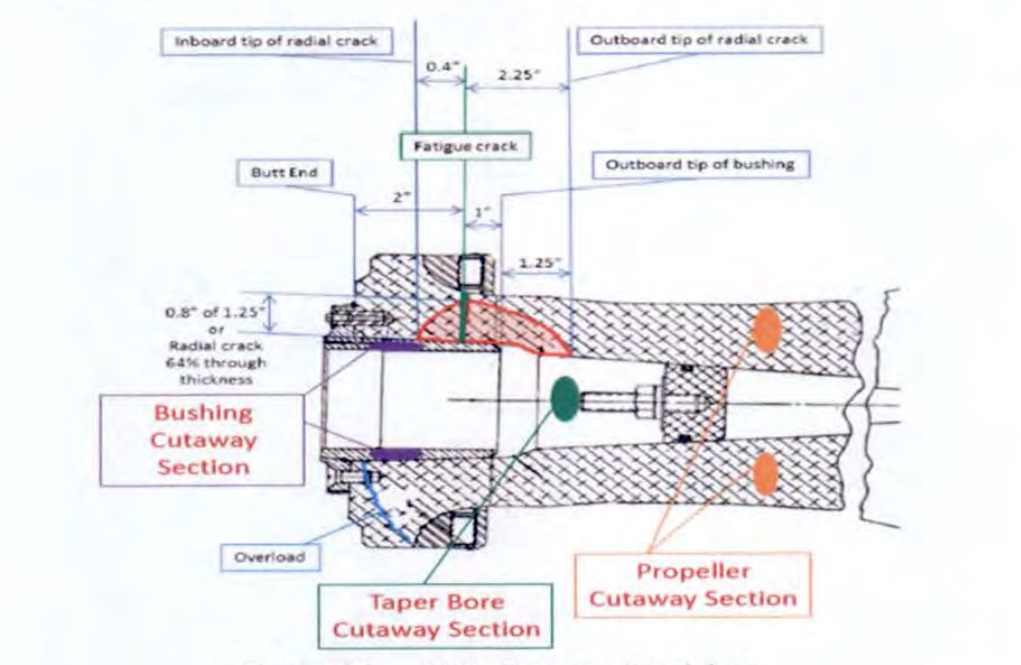 The analysis also revealed the presence of anodize coating within the band of corrosion pitting and intergranular cracking on the blade near the origin of the crack.

This finding proves that the band of corrosion pitting and intergranular cracking was present and not removed during the last overhaul of P2B4 at Warner Robins Air Logistics Complex (WR-ALC) in the fall of 2011. The investigation concluded that the failure to remediate the corrosion pitting and intergranular cracking was due to deficiencies in the propeller blade overhaul process at WR-ALC which existed in 2011 and continued up until the shutdown of the WR-ALC propeller blade overhaul process in the fall of 2017.

In fact 12 of the 16 propeller blades on the accident aircraft “were determined to have: corrosion that existed at the time of their last overhaul at WR-ALC”.

A US Navy (USN) engineering team conducted a ‘process audit’ of the WR-ALC propeller blade repair facility in August 2017. Their report concluded the US Navy requirements for propeller overhaul are different from the USAF requirements.  The team found deficiencies in the compliance with the technical publication requirements, preservation/storage, borescope inspection, Fluorescent Penetrant Inspection (FPI), Quality Assurance checks and standardization of USAF/USN repair processes.

WR-ALC plans to upgrade and improve their borescope process and equipment to incorporate robotic capture and inspection of the taper bore on all blades overhauled.  This borescope process will require a technician to verify and inspect the robotically captured images, which are designed to provide higher definition and resolution in order to assist in identifying corrosion and other defects.  Gas bead blast of the taper bore will be conducted on all blades in order to clean the taper bore prior to capturing the image with the borescope camera.  The eddy current inspection will be upgraded to automate, improve the sensitivity, and increase the area that the inspection can cover on the blade which will allow the technician the ability to inspect the whole blade. The FPI process will be upgraded to utilize robotics to completely submerge the blades into the chemical substance and increase the submersion time to four hours before the technician reviews the blade for corrosion and cracks.  WR-ALC plans to update their process mapping to incorporate all the various work control documents into one consolidated electronic document identifying all defects and corrective actions conducted on the blade. This document will follow the blade through the process and be included into the blade’s historical logbook for life cycle preservation.   The USAF plans to adopt the USN process of wet bushing install with primer instead of dry bushing installation.   The USAF plans to adopt the USN process of using permatreat to assist with protecting a propeller blade from corrosion.

The investigation did NOT however identify WHY these shortcomings had come to exist.

The USMC investigators also identified that Navy personnel intended to provide technical oversight of work contracted to the USAF were actually unqualified for that role and were simply providing administrative support.

UPDATE 15 March 2019: Propeller cracking fears led Air Force to ground 60 C-130Hs, replace pre-1971 blades after investigations that followed the  Mississippi USMC KC-130T accident.  This affected 1/3 of the USAF C-130H fleet (mostly from Air National Guard units). A review of 23 cases of intergranular cracking had found 22 were on blades from before 1971, when the manufacturing process was changed.