Investigators of the BEA-Etat (BEA-E) explain in their safety investigation report (issued in French on 13 April 2021) explain that the aircraft had positioned in Martigues that afternoon due to flooding in the Pertuis area from a so-called ‘Mediterranean Episode‘ weather event.  The pilot has 4269 hours of flying experience (219 on type), albeit very little single pilot.  The flight engineer had 2500 hours of experience (371 on type).

During the day the pilot and flight engineer had made 6 flights.  That evening the crew were requested to position to Luc.  The crew made a short flight from Martigues to Marseille-Provence, where they conducted a rotors running refuelling.  After, the pilot and the flight engineer discussed the sector to Luc:

The pilot informed the flight engineer of his intention to go inland rather than by sea. The flight engineer expressed his questions about the weather they would encounter on this route. The pilot replied that he thought that the weather conditions would allow them to carry out the flight, but that it might be difficult at the end. He commented that they will always be able to turn around.

Although a positioning flight, transponder code 7014 was set, that would indicate Helicopter Emergency Medical Service (HEMS) flight.  The RADALT is initially bugged to alert at 500 ft but the due to the cloud base the helicopter is only flying around 500 ft AGL, so the pilot reduced the setting to 300 ft.  The flight engineer started using Night Vision Goggles (NVGs) at this point.  Its considered likely the pilot was also using NVGs.

After approximately four minutes of flight, the crew determined that the low ceiling would not allow them to reach the Luc by the inland route visual flight. The pilot then announced to ATC that he was making a U-turn and asked to route to the coast for a coastal transit to the Luc.

This necessitated crossing the approach to Runway 31 at Marseille-Provence.

The controller asked him to take a heading of 160° due to the arrival of an airliner, and that he could then resume a southerly heading after his passage. The pilot replied that he was going to try, but realized after about twenty seconds that the weather did not allow him to follow this heading either, and announced it to the controller.

The helicopter reduced speed and held east of the airport until visual with the airliner, after which they were cleared to head south.

ATC asked the helicopter to cross the axis of the runway quickly as a second airliner was inbound.  A few seconds later the pilot announced to the flight engineer he was flying on instruments.  The flight engineer was unhappy, but the pilot reassured him.

Shortly after both saw the ground and a few seconds later the helicopter struck a hill in the Estaque massif at about 115 kt and at an altitude of 740 ft.

At impact, the helicopter was rolled 10° to the right, pitched nose-up 2°.

The aircraft was destroyed.

The Emergency Locator Transmitter (ELT) was not detected, a frustratingly common occurrence in helicopter accidents, because the ELT separated from the antenna.  About 90 minutes later a search commences and at 01:14 the wreckage is located.

The analysis of the flight data extracted from the CVFDR and cross-checked with those from the HUMS shows that no technical factor is at the origin of the event. The helicopter was operating normally and was flown until impact.

Satellite imagery indicates the presence of very low clouds in Marseille Provence and at the accident site at times close to the time of the event.  [T]he crew of the airliner that landed just after the accident reported clear weather during the approach over the city of Marseille, then the encounter of an unexpected cloud layer over the Estaque massif.

The accident was caused by an inadvertent re-entry into a cloud layer, which combined with too high a speed and too low an altitude to detect the terrain in time to avoid it.

In addition to the speed and height of flight, a number of other deviations made the collision with the terrain unavoidable, including the setting of the radio altimeter alarm at 300 ft and the failure to apply the backup procedure for unintentional re-entry into the cloud layer.

The lack of topographical knowledge of the area overflown and incomplete navigation preparation resulted in the pilot’s incorrect situational awareness. The pilot did not carry out the operational adaptation of the Marignane base.

The overload of work for the pilot in the seconds before the accident probably made him unable to monitor the radio altitude and to use the Euronav 7 navigation system.

The choice to conduct the flight under VFR is not appropriate, as the VMC conditions were not met at Marseille Provence. However, the conditions allowed for a special VFR clearance to be requested, but the pilot did not request it from ATC.

These decisions reflect an internal time pressure on the crew, probably caused by the high motivation for the upcoming rescue missions, as well as an operational culture favouring VFR flight in marginal conditions.

The Marseille Provence control displays a laissez-faire attitude with the non-compliance of the Dragon 30 with VFR flight rules.

The crew displayed a transponder code corresponding to urgent hospital transport, inducing a false perception of emergency for the controller.

The controller’s encouragement to cross the runway centrelines quickly may have created a sense of urgency for the helicopter pilot, encouraging him to maintain high speed despite the deteriorating weather conditions.

The pilot’s extensive aviation experience may have led to a sense of risk control on his part and generated an overconfidence in him on the part of the MOB, resulting in the observed perseverance and lack of relinquishment.

The flight engineer repeatedly questions the pilot’s decisions but in a non-argumentative way, not allowing for any questioning of the actions. The two flight crew members’ awareness of the situation was divergent.
The overload of work in the moments preceding the accident can be explained by the pilot’s extensive experience in multi-pilot operations in the military.

On the documentation side, several irregularities were found in the Sécurité Civile operational documentation.  They contributed to the accident by not allowing the pilot to assess whether the conditions were suitable for visual flight. Sécurité Civile crews based their decisions regarding the flight regime on incomplete or outdated texts {based on Joint Aviation Requirements rather than subsequent EASA regulations].

Finally, the operations manual of the Marseille Provence control agency does not sufficiently cover the special procedures and exemptions granted to Sécurité Civile helicopters.

ESPN-R / EHEST Leaflet HE8: The Principles of Threat and Error Management (TEM) for Helicopter Pilots, Instructors and Training Organisations 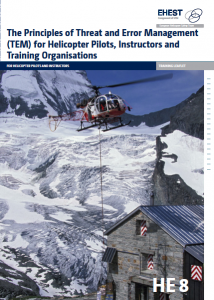 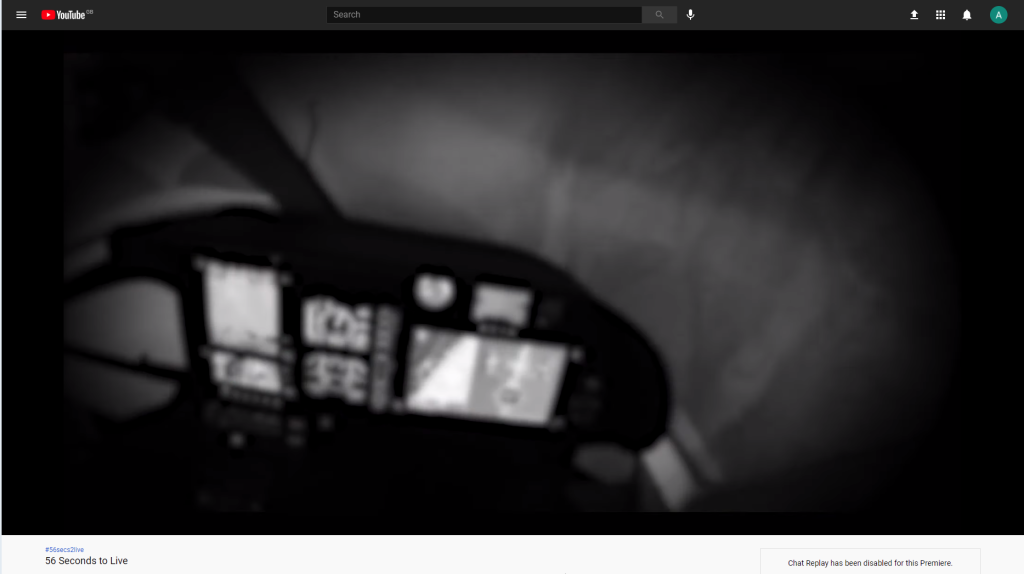