On 15 March 2022, Airbus AS350D N99676 of Alpine Air Alaska was damaged near Valdez. Alaska when landing on a glacier during a heliski operation.  The pilot, the sole occupant, suffered minor injuries. 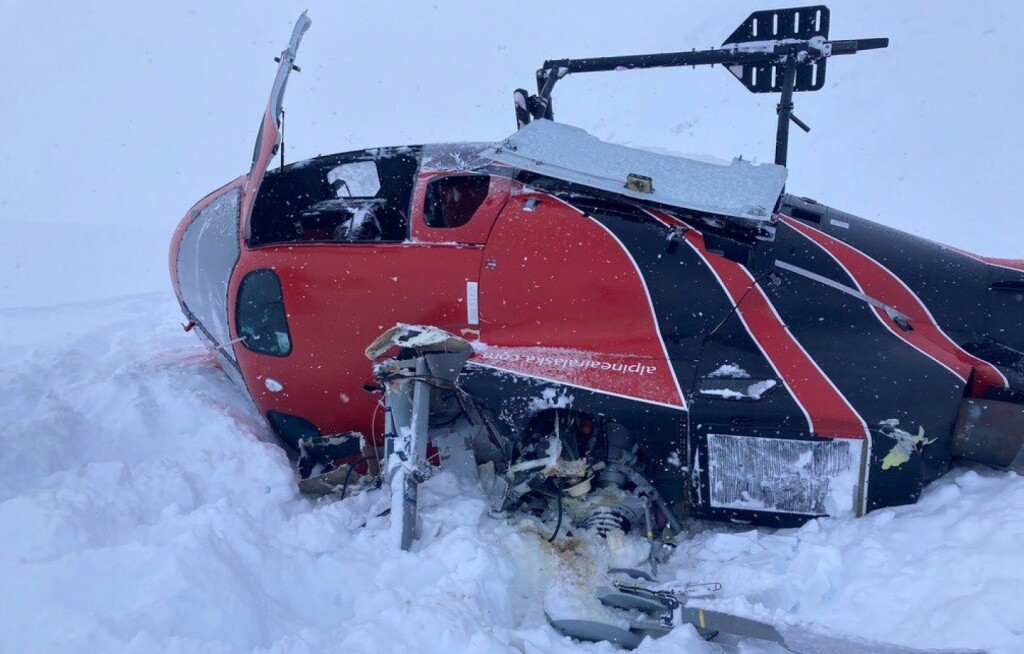 The US National Transport Safety Board (NTSB) explain in their safety investigation report, issued on 5 July 2022, that the pilot had 9779 hours of flight experience and stated…

…that while on approach….to pick up a group of skiers, flat light conditions made it difficult to discern topographical features on the snow-covered, featureless, glacial terrain.

The pilot said that during the approach, he inadvertently allowed the helicopter to descend below his intended approach path…

The helicopter touched down c 200m short of his intended landing site.

The pilot’s failure to maintain a proper approach path in flat light conditions, which resulted in landing short of the intended landing spot and impact with terrain.