The Royal Canadian Air Force (RCAF) is investigating a Loss of Control (LOC) incident that occurred to Boeing CH147F Chinook 306 at Wainwright, Alberta on 11 May 2021.  At the time the helicopter was conducting “a series of familiarization flights with various Military personnel onboard” at the close of the annual Exercise Maple Resolve. The investigators explain that:

Each sortie involved landing sequences to unprepared surfaces out in the assigned training area. On the third sortie of the mission, with 12 passengers and 5 crew onboard, the Chinook attempted a landing to a selected spot in a grassy field.

Very shortly after touch down, due to concerning perceptions of drift, the Flight Engineer (FE) called for the pilot to abort the landing with the command “Up, Up, Up.” The pilot flying (PF) aborted the landing and started to climb the aircraft into a hover.

The aircraft entered into an unstable flight regime shortly after with strong lateral oscillations causing the PF to initiate an emergency landing.

Upon touch down, the FE called for an emergency egress whilst the PF initiated an emergency shutdown of the aircraft.

Two of the front rotor blades made contact with the fuselage and the rear landing gear collapsed. 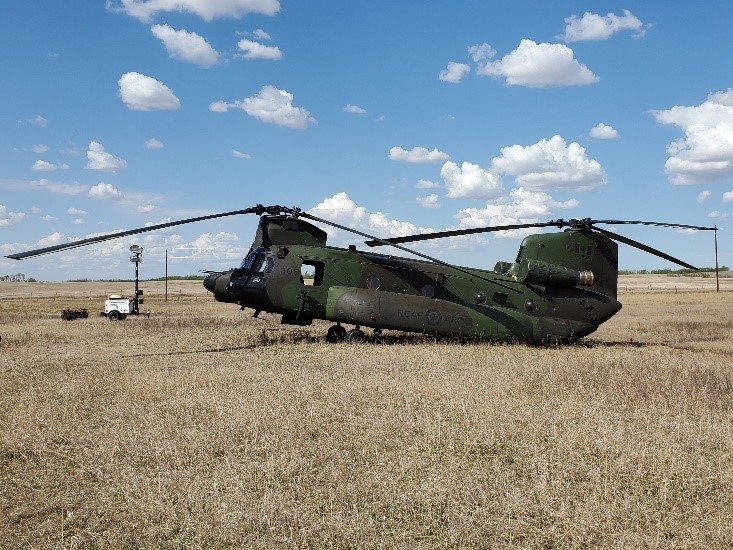 The investigation is reportedly focusing on “material and human factors”. 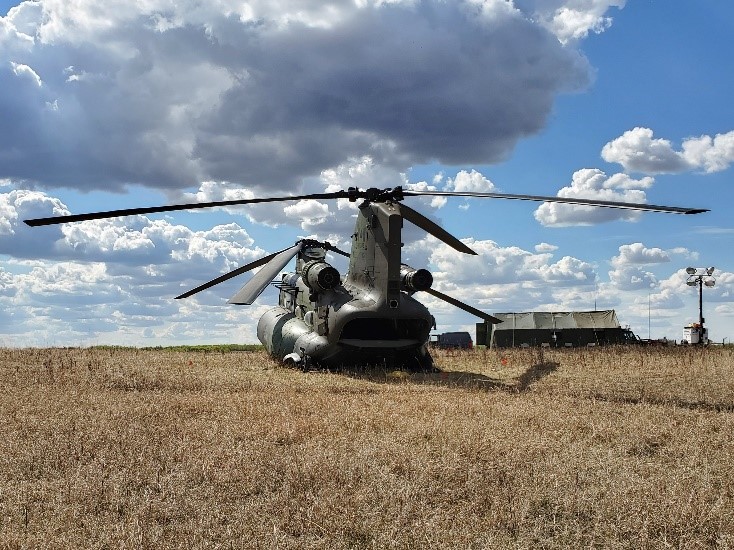