A leased Leonardo Helicopters AW139, EC-KJT, was operated by INAER Aviation Italia (a Babcock company) from L’Aquila in the Abruzzo region of Central Italy to provide a daytime Helicopter Emergency Medical Service (HEMS) service.  It crashed into a mountain during a HEMS mission on 24 January 2017.  The Agenzia Nazionale per la Sicurezza del Volo (ANSV) released their accident investigation report (in Italian only) in May 2018. 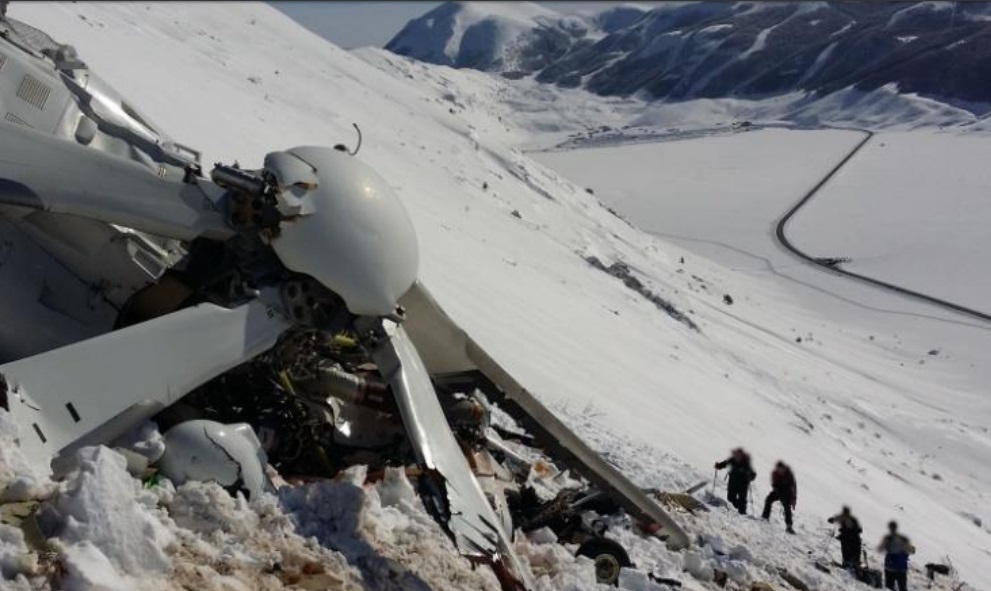 Operations Room 118 in L’Aquila made a telephone request for the helicopter to attend to a casualty at the base of the ski lifts at Campo Felice with a broken leg at 09:59 Local Time.  According to a doctor on scene, they said that weather at the casualty’s location was better than the previous day, when a separate HEMS flight there had been abandoned.

The duty pilot was very familiar with the Campo Felice ski facilities, as he had picked up casualties there many times (twice in January 2017 for example). The helicopter took off from L’Aquila Preturo airport at 10:06. On board was the single pilot and, in the cabin, a HEMS Technical Crew Member (TCM, i.e. a trained aircrewman), a mountain rescuer, a doctor and a nurse.

Apart from the ski centre & hotel and the SS696 road in the valley, the terrain was blanketed in snow.  Out bound the aircraft followed the SS696.  En route to Campo Felice, near the town of Lucoli, the helicopter encountered a weather front.  The pilot circled, changed heading, initially slowed to 50 knots and then accelerated back to 100 knots.  As the aircraft subsequently approached the pick-up point the crew discussed  the poor visibility.  Witnesses indicate visibility was reducing with fog that “came and went”, with a 50 m cloud base and 500 m visibility.

The aircraft however successfully landed at 10:16 and remained rotors running with only only the pilot aboard as the medics and TCM collected the patient. 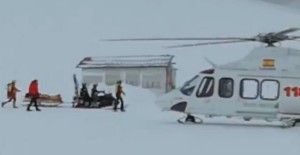 The helicopter took off from Campo Felice at 10:23:21 and soon took a route away from the SS696 road.  Shortly after take off the helicopter appears to have entered cloud based on CVR comments.  Witnesses suggest that the weather had deteriorated further by this point.  The TCM, who was in the cabin, seemingly queried if they should land.   The helicopter made several heading changes. The TCM asked the pilot what his intentions were, getting the answer “Ehh, let’s see where we can get to … “.

The aircraft almost collided with terrain about this time (the minimum recorded radalt altitude was 24 feet). The impact was avoided and the aircraft climbed to 600 feet AGL and entered a turn.  The torque values ​​of both engines reached very high values ​​(up to 144%) and remained very high and well beyond limits, never falling below 114%, until the final impact.  After this escape manoeuvre, the helicopter flight is characterised by the ANSV as “one of significant instability of the main flight parameters”.

The helicopter then turned towards high ground and impacted against the south-west side of Monte Cefalone at c10:25:43, less than 2.5 minutes after take off.

The 6 occupants died on impact. The ADELT activated and the 406 MHz signal was received by the COSPAS-SARSAT satellite system.  The wreckage was recovered under slung by Chinook. 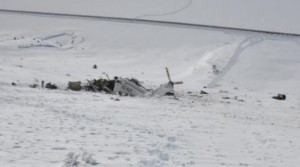 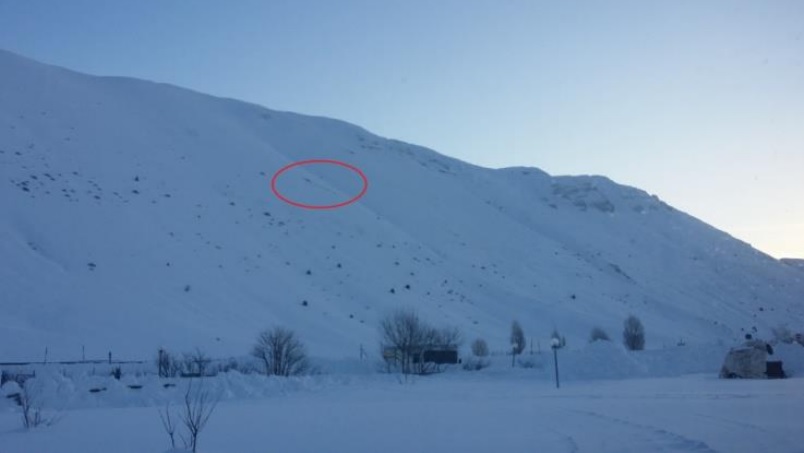 The Pilot and Training

The pilot is described by his colleagues as a “serious professional”.  At the time of the accident he had a total flight experience of 4674h, of which 3948h was on helicopters, 2748h as a helicopter commander. He had achieved 557h of instrumental flight and 694h night flight.  In the prior 12 months he had carried out 9h 30’of IFR flight, of which 4h were in the simulator. In the prior 6 months he had made 2h of IFR flight in the simulator at the Leonardo Helicopter Training Academy in Sesto Calende (four times that required by EASA SPA.HEMS.130), which did include Inadvertent entry to IMC  (IIMC). From then (15-16 September 2016) until the accident no other instrument experience was gained.

The ANSV comment the pilot’s recent training did not meet the requirements of EASA Part.ORO.FC.202 ‘Single-pilot operations under IFR or at night’.  However night / IFR operation was not envisaged so this requirement did not apply.  However, they highlight that HEMS missions “by their nature” have a higher risk of IIMC.

The pilot had flown exclusively from the L’Aquila HEMS base in recent months and worked a 7 days on  / 7 days off pattern.  He was on day 6 at the time of the accident.  On the second day of the pilot’s duty period, 20 January 2017, the pilot (and TCM) had made four flights in response to the 18 January 2017 Hotel Rigopiano avalanche  in which 29 died.  On 19 January and, as mentioned earlier, 23 January 2017 flights had been abandoned in flight due to poor weather.

The operator, at the time of the accident, had a fleet of 15 AW139, of 12 of which are equipped, among other things, with the EGPWS [i.e. TAWS] system. Of these 12 equipped with EGPWS, 10 were authorized by ENAC to carry out HEMS activity. EC-KJT…was not equipped with EGPWS.

This was despite rapidly variable weather and predominantly mountainous territory at the L’Aquila base of EC-KJT.  They add:

…it would have been numerically possible to assign at the HEMS base in Aquila one of the…AW139 helicopters authorized for HEMS and equipped with EGPWS.

The SPA.HEMS.140 regulation provides that the operator must ensure, within his process of analysis and risk management, that the risks associated with the HEMS environment are minimized, even through the helicopter’s level of equipment. 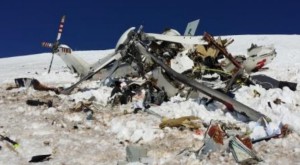 As the aircraft was airborne in 7 minutes of the call the ANSV conclude there was insufficient for an accurate assessment of the weather along the route (in particular they note there is a webcam positioned in the village of Lucoli). although it is possible the crew had already been examining weather in the local area.  The investigators comment that the content of the call from the Operations Room 118 resulted in an “optimistic interpretation” of the meteorological situation present at Campo Felice.

The ANSV conclude the pilot had a “desire to complete the emergency medical transport mission despite the visibility conditions encountered”.  The investigators highlight a number of cancelled or abandoned flight in preceding days due to weather that may have motivated pressing on, along with the pilot’s familiarity with the local area, which might have bred a degree of complacency.  They also speculate that having been on the ground for 6.5 minutes to collect the patient, the pilot may have felt an urgency to depart immediately.

They note he proceeded “in conditions of visibility certainly marginal and probably below the minimum allowed by the Operational Manual and by the regulations in force for the flight in VFR” despite the TCM three times asking assertive questions during the short fatal flight.  However, the ANSV say there is no indication the pilot applied the Operations Manual procedures for Inadvertent Entry into IMC (a 180° turn and climb).

After the first near collision with terrain, the ANSV believe it is “very likely that at this stage the pilot may have suffered from a spatial disorientation” during the avoidance manoeuvre and in particular, “the pilot’s vestibular system could have been suffering from an illusion, caused by the different accelerating components to which he was subjected, thus inducing the pilot to assume that he is in level flight instead of in turn a right”.

The ANSV query regulatory and Operations Manual ambiguity on whether the TCM should have been seated on the flight deck rather than in the cabin (in the AW139, as configured, it is not possible to move between the two in flight).  They view it as being advantageous for the TCM to be seated on the flight deck, however there are undoubted advantages of a TCM in the cabin with the ability to open the door when manoeuvring in confined areas and assist in emergencies.

ANSV also note their is no Flight Data Monitoring (FDM) requirement for HEMS (as required offshore by EASA SPA.HOFO.145 if an FDR is fitted). 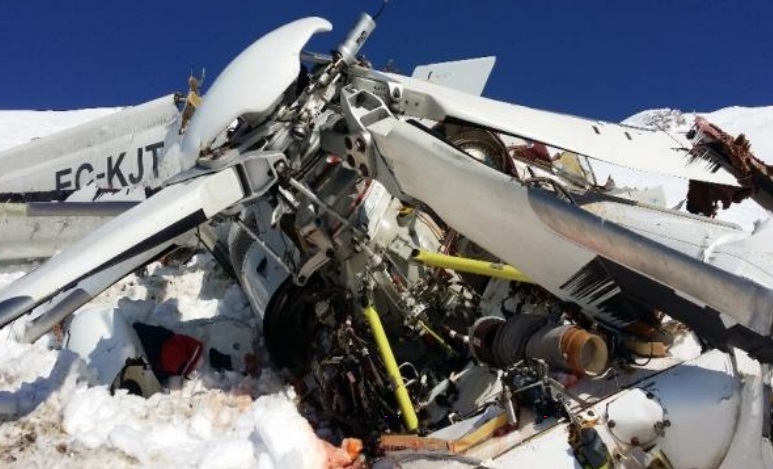 The accident was caused by the impact of the helicopter on the South-West slope of the Mount Cefalone in only partially controlled flight conditions. 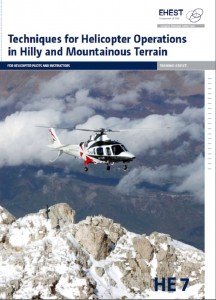