Double Trouble: An Operator Lost Two Helicopters in the Same Lake in 12 Hours

He stated that he established course on his spray line but “lost sight of everything looking forward due to the glare off the water and the sun position.”

He recalled having no depth perception when he looked down at the water and could not recall the helicopter impacting the water but recalled a momentary shudder followed by the helicopter coming to rest inverted. 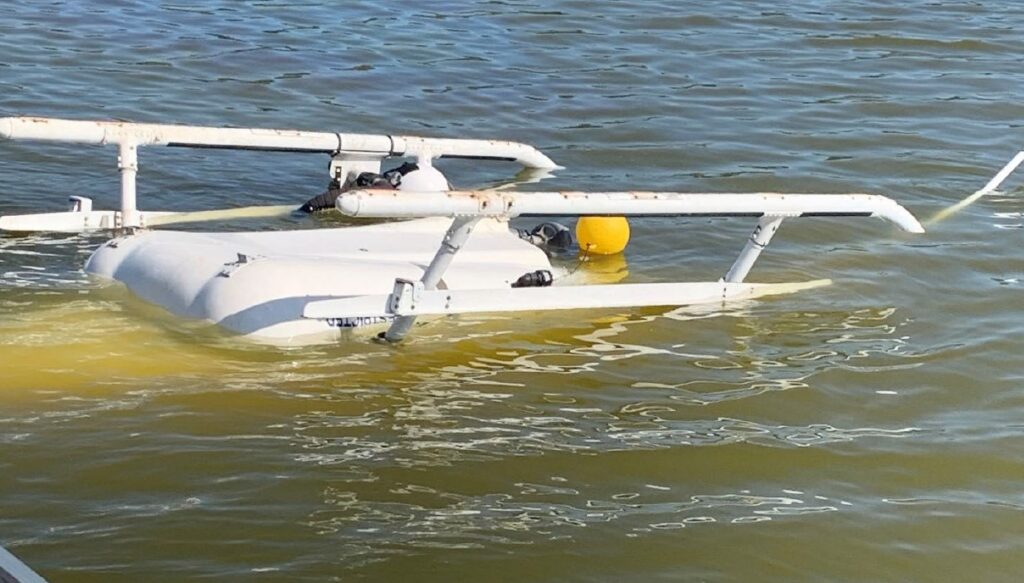 The pilot egressed via the right hand front door and received minor injuries.  In the accident report form the pilot recommended spraying with the sun behind the aircraft to reduce glare, commence operation later (i.e. when the sun is higher) and that boats on the water add peripheral cues.

The NTSB Probable Cause was: A collision with water following a loss of visual reference to the water surface due to sun glare. 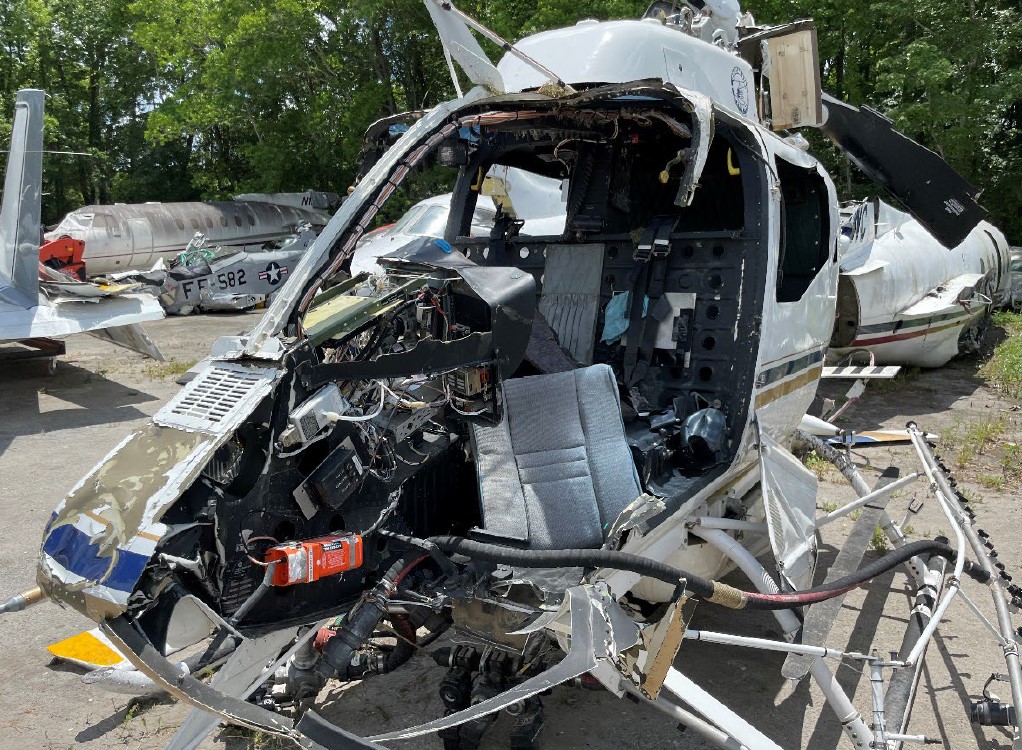 The Transportation Safety Board of Canada (TSB) recently reported glare as a factor in a wire strike to a  Robinson R44 C-FVPA.

According to the NTSB after the accident to N206BX…

…a safety briefing was held with the pilots, and they were instructed to maintain constant communications with the loader truck.

During the safety briefing there was no insight available into the first accident.

The NTSB explain in their safety investigation report that earlier…

…that afternoon the pilot noted that it was difficult to judge his height above the water and advised another company pilot via radio of that fact.  …the water was “like a mirror,” which hampered his depth perception.

By 18:30 the pilot noticed there were no longer any Florida Fish and Wildlife Conservation Commission (FWC) air boats on the lake.  He was operating slightly higher than normal at 15-20 ft and at c 55 knots.

Later that evening, during a final application pass while he was looking down at the GPS, the helicopter
impacted the water. 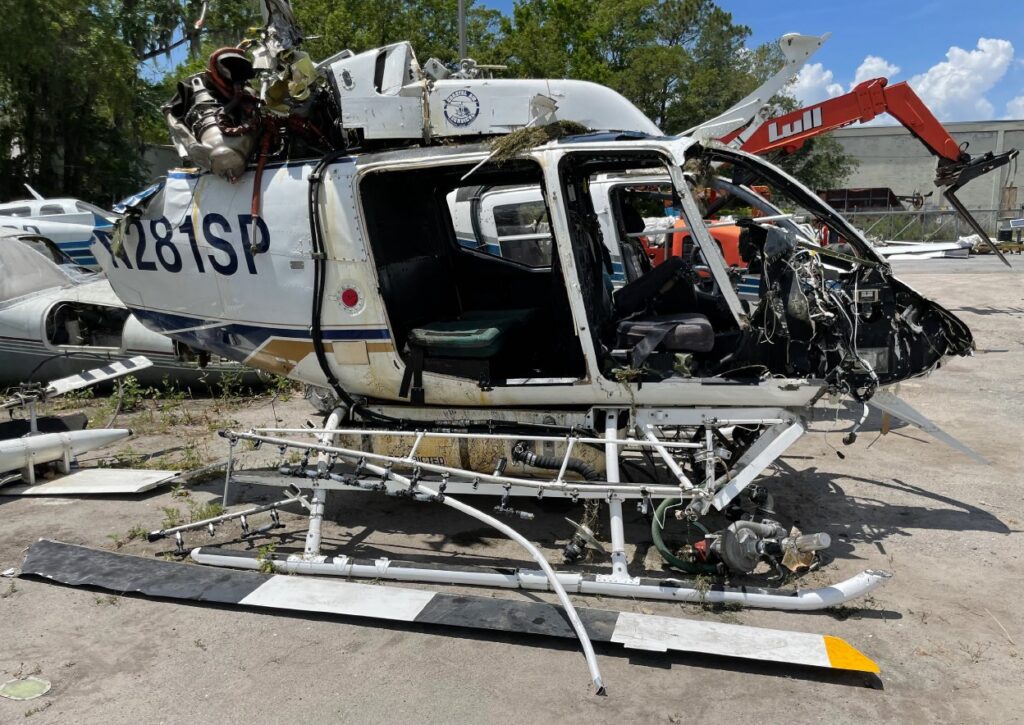 In this type of operation pilots use their AG-NAV GPS display to help fly the right spray line. 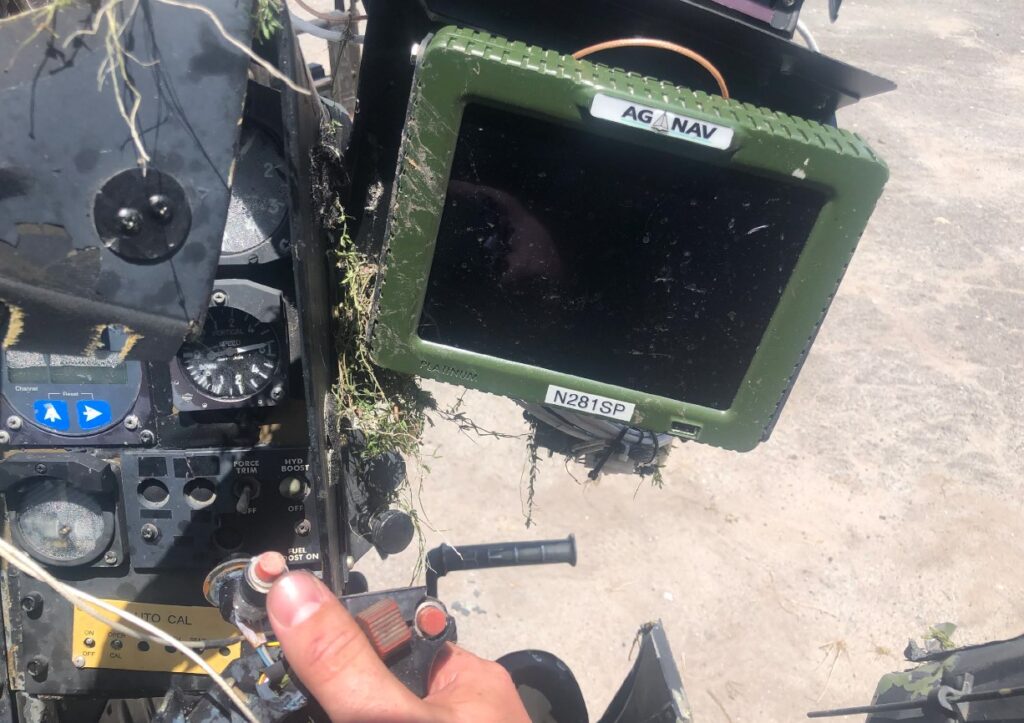 The pilot received minor injuries (scraped shins).  He was rescued by climbing on to the skids of the remaining helicopter.  This was because the pilot had briefed his colleagues

…that because of the alligators he had seen in the lake, if his helicopter went down…he would not be swimming out.

The pilot explained during an NTSB phone interview that he had had a near miss during his first day of flying (15 April 2022) with the company when due to calm wind conditions the lake was glassy.  The NTSB asked how low the helicopter got and they recorded that it was:

Low enough to scare him and causing him to jerk on the controls.

However, NTSB did not ask if that had been reported or mentioned to anyone else.

The pilot suggested buoys on the water surface would have aided visual reference or stopping spraying in dead calm conditions.

The NTSB Probable Cause was: The pilot’s decision to continue the low-altitude aerial application flight over water conditions that degraded his depth perception, which resulted in an inadvertent collision with the water.

Aerossurance has previously discussed two cases where a glassy water surface contributed to an accident:

These two NTSB reports were issued at the same time but there was no attempt by investigators to draw any consolidated conclusions, let alone make any safety recommendations.

In contrast both pilots recorded reflective safety suggestions in their report forms that were ignored in the NTSB final reports.

However, while some external threats (like the alligators!) were discussed in briefings or raised on the radio (like the glassy conditions) its not clear if the pilots were debriefing their own near misses with the company or colleagues.