On 26 January 2018 Airbus Helicopters SA330J N339EV, operated by Erickson Helicopters, sustained substantial damage during a fresh water engine rinse aboard the replenishment vessel USNS Wally Schirra underway in the Pacific. The helicopter was operating under Part 133 (external load) and had been shuttling supplies, known as VERTREP, to other naval vessels in the area.

…after landing the helicopter on the deck of the ship, power was increased on the No. 2 engine, while the No. 1 engine was reduced to ground idle in preparation for a freshwater rinse of the engines to prevent corrosion.

Once the engines were configured, the pilot saw the lead mechanic squeeze the trigger on the wand, and then there was a rumbling sound followed by a rough shudder through the airframe. He then looked back at the cockpit instruments and everything looked normal for the condition the controls were in at the time.

About that time, there was another shudder through the airframe, and he heard a change in the tone of the engine and gear box noise. He saw that the rotor speed had started to rise, and the gas generator speed of the No. 2 engine had also started to increase. He shut down the engines.

The Tail Rotor Drive Shaft (TRDS) was found to have sheared, disconnecting the Main Gear Box from the Tail Rotor. 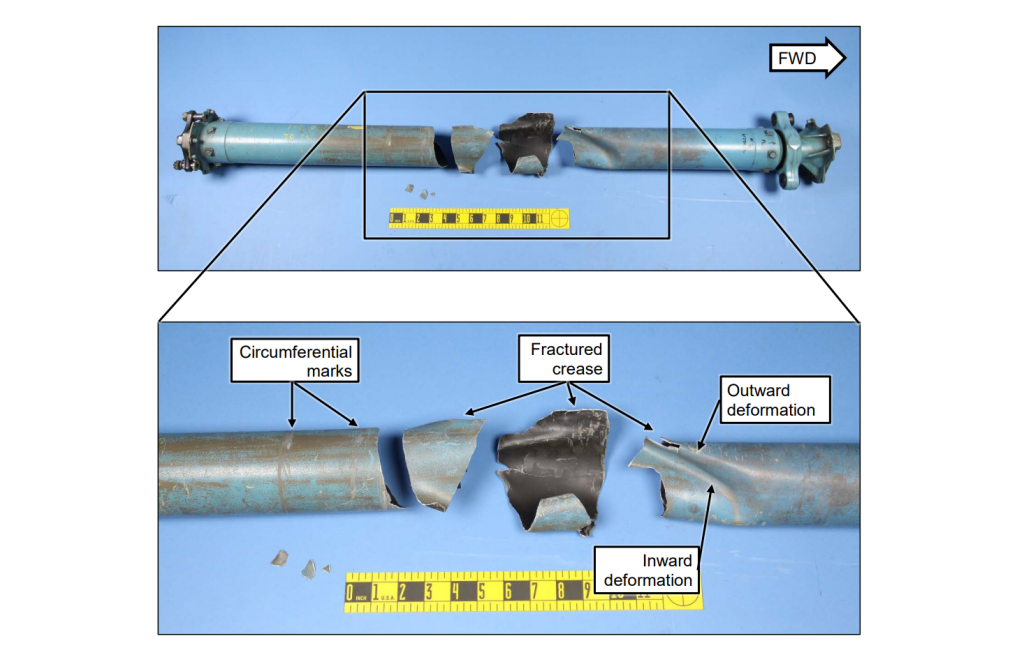 Examination of the MGB right freewheel assembly revealed that the small roller bearings were dislocated, the bearing cage was fragmented, and both tabs of the shur-lok washer showed signs of deformation with visible impact damage. 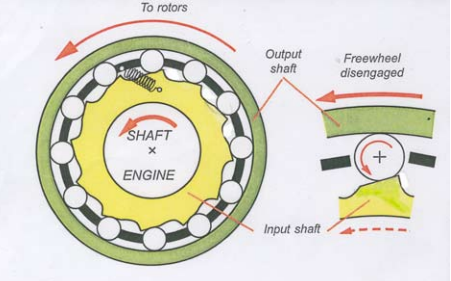 Damage to these tabs is consistent with a sudden engagement of the bearing, resulting in an instantaneous spike in torque, known as freewheel jerk. 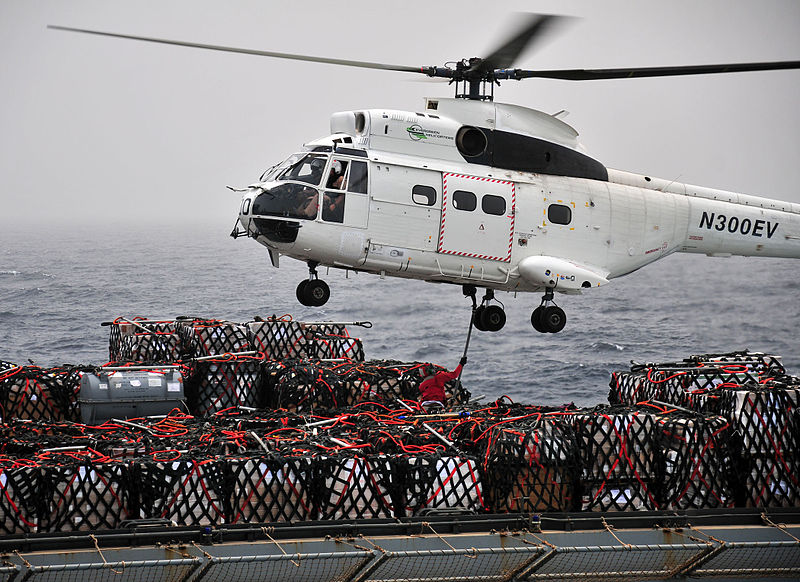 NTSB say that oil analysis had the potential for early detection of the freewheel unit failure mode:

The maintenance manual for the SA330 helicopter requires the oil analysis be performed every 150 hours for the main gear box and every 50 hours for the intermediate gear box. Laboratory results were obtained from the two prior oil samples.  The two samples taken were 88.4 hours and 2 years apart [indicating very low utilisation or a period of storage].

The first, dated February 13, 2016 listed Fe at 3.3 parts per million. The second sample, taken in November of 2017 [albeit prior to the 150 hour interval] was misplaced by the operator and not found until after the accident. When it was sent for analysis on February 4, 2018, Fe was detected at 14.7 parts per million.

…had both of these samples been analyzed at the time of the inspection, it is likely the operator would have been able to detect the increase in metal before the bearing wear became severe enough to cause the jerk.

Oddly while the NTSB laboratory documented an examination of the TRDS, the FWU wasn’t examined.

After the accident, the operator implemented an internal requirement for oil sample analysis in shorter intervals.

This accident does demonstrate the current Achilles heel of this oil analysis technique in that it is invariably tied to remote laboratories.  Many helicopter operations either have logistical challenges returning regular samples or, especially in oil and gas offshore helicopter operations, have flying rates that mean challenging turnaround times for analytical feedback.  There are however some portable testing kits that may make this more practical. 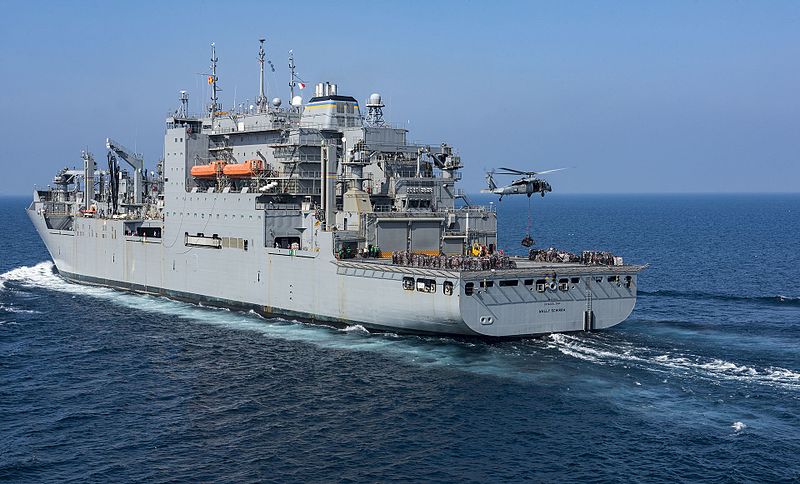