On 25 May 2017 an Airbus Helicopters EC135P2, N62UP, was destroyed and the pilot, the sole person on board, was killed in a high energy impact near New Castle, Delaware. 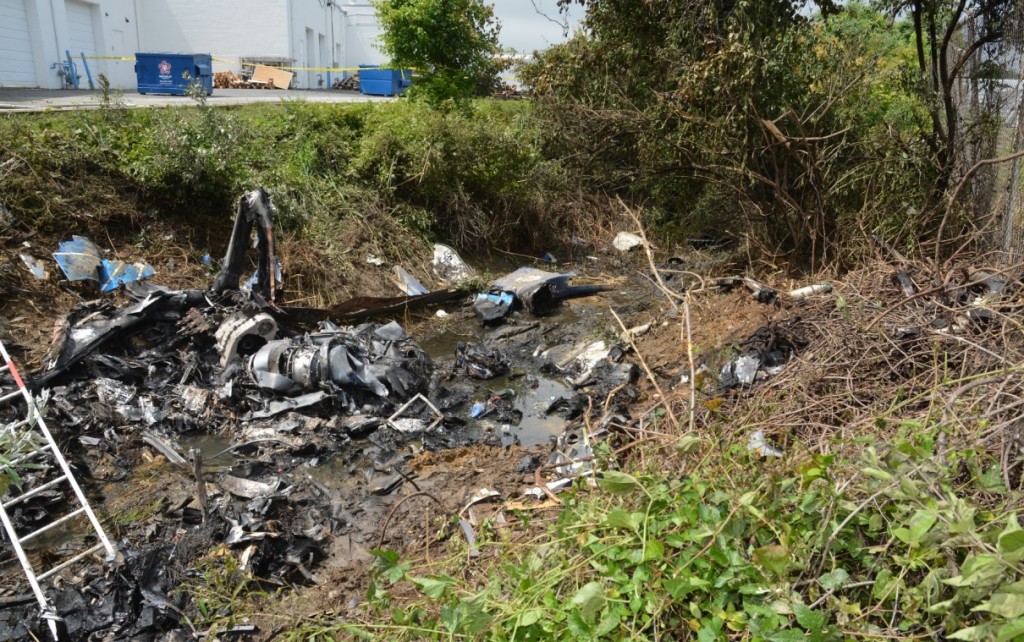 The helicopter was an air ambulance owned by the University of Pennsylvania and operated by Metro Aviation for the PennStar HEMS service.

…the pilot submitted a flight request form to the company, which documented the weather products he reviewed before the flight and indicated that he was aware of the reported and forecast weather conditions for the route before departure. After reviewing the request, weather, and risk assessment, the company’s operation control center approved and released the helicopter for the flight five minutes after the request was submitted.

The terminal area forecast published earlier that morning and valid for the pilot’s anticipated time of arrival at the destination indicated that the visibility would be 6 statute miles with an overcast ceiling at 1,200 ft agl; though the most recent surface observation report contradicted the forecast, indicating that the visibility was 4 statute miles in rain and the overcast ceiling was at 500 ft.

During the flight Air Traffic Control (ATC) provided radar vectors to the pilot for an instrument landing system (ILS) approach.

The helicopter intercepted the localizer course about 1 nautical mile (nm) outside the approach gate. The controller then cleared the pilot for the approach with a restriction to maintain an altitude at or above 2,000 ft mean sea level (msl), which was both the assigned altitude and the intermediate altitude for the approach, until established on the approach and to contact the control tower at the destination airport.

The pilot acknowledged the clearance and contacted the tower controller shortly thereafter. After checking in with the tower controller; the helicopter maintained 2,000 ft msl as it continued through the glideslope and crossed over the locator outer marker, which had a published crossing altitude of 1,842 ft msl.

As the helicopter reached a point about 3 nm inside the outer marker, while flying at an altitude about 2,000 ft msl, the pilot declared a missed approach, telling the controller that he had received “some bad vectors at the very end” and that he wanted to “just line up and come back around again.”

The controller advised the pilot to fly the published missed approach procedure (a straight-ahead climb to 900 ft msl and then a left climbing turn toward the next navigational fix, at an altitude 2,000 ft msl). 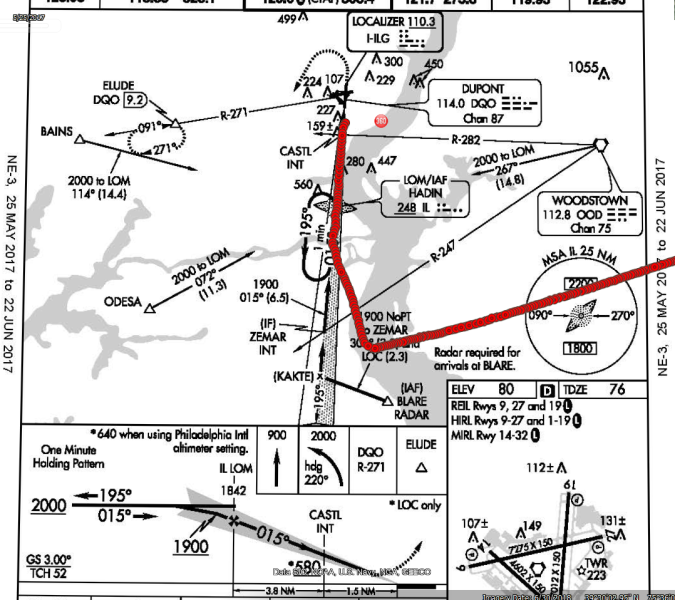 The helicopter then climbed straight ahead to an altitude of 2,525 ft msl in 9 seconds, before it turned right and started descending rapidly.

The helicopter’s calculated rate of climb before it began to descend was about 3,000 ft/min, while it’s calculated groundspeed was about 120 knots. This climb rate and speed were not consistent with the pilot using the helicopter’s automatic flight control system go-around mode because they were well above the climb rate and groundspeed that the “go around” mode would have maintained.

Radar contact was lost as the helicopter descended through 1,625 ft msl, and the calculated descent rate between the helicopter’s final two radar-recorded positions was more than 7,000 ft/min.

No further communications were received from the pilot.

The helicopter came to rest in a ditch, fragmented and mostly consumed by post-impact fire, about 3,200 ft before the runway threshold. 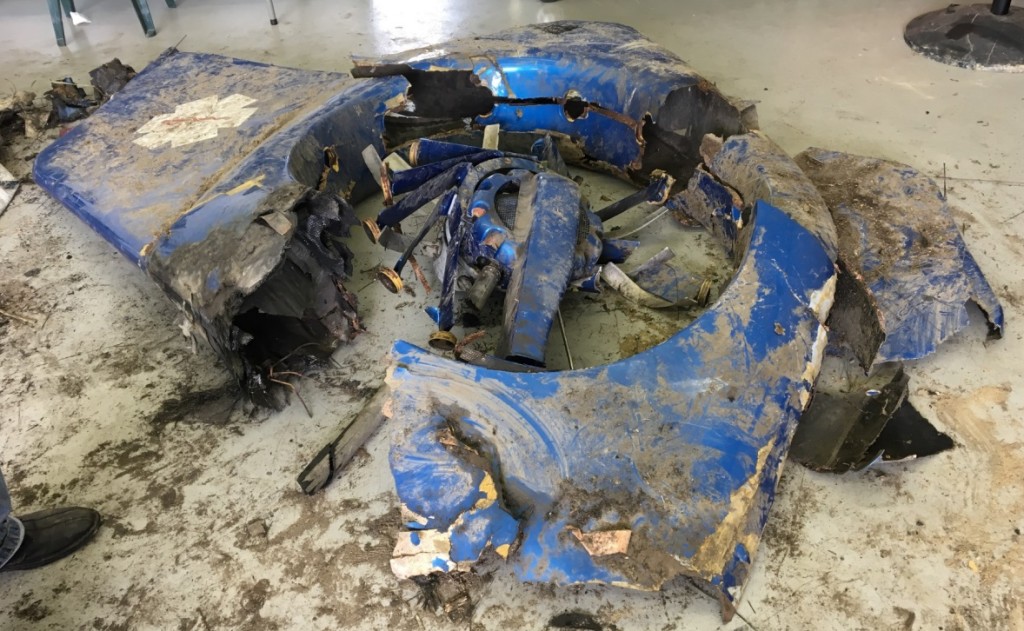 Several factors indicated that the pilot was task-saturated when the accident sequence occurred:

1) he was performing an instrument approach that he had not previously performed;

2) he was provided radar vectors close to the approach gate, which accelerated the timeline of the approach procedure; and

3) he was likely already planning the return flight to the departure airport, which he previously indicated to the controller that he would conduct following the approach.

That the pilot did not descend the helicopter after intercepting the glideslope or passing the final approach fix and did not fly the published missed approach procedure are indicative that he had likely become task-saturated during the final moments of the flight.

Given that no discrepancies with the helicopter’s engines or rotor system were discovered during the post-accident examination, it is likely that these rapid, dramatic changes in rotor rpm annunciated and recorded by the warning unit were the result of the pilot’s control inputs as he became task-saturated and began to experience the effects of spatial disorientation.

The helicopter’s subsequent rapid climb, right turn…and its near-vertical descent are consistent with the pilot’s loss of helicopter control due to spatial disorientation.

…under normal flight conditions, when there is a visual reference to the horizon and ground, the sensory system in the inner ear helps to identify the pitch, roll, and yaw movements of the airplane. When visual contact with the horizon is lost, the vestibular system becomes unreliable. Without visual references outside the airplane, there are many situations where combinations of normal motions and forces can create convincing illusions that are difficult to overcome.

…unless a pilot has many hours of training in instrument flight, flight in reduced visibility or at night when the horizon is not visible should be avoided.

The pilot’s loss of helicopter control during a missed approach in instrument meteorological conditions due to spatial disorientation and the cumulative effects of task saturation.