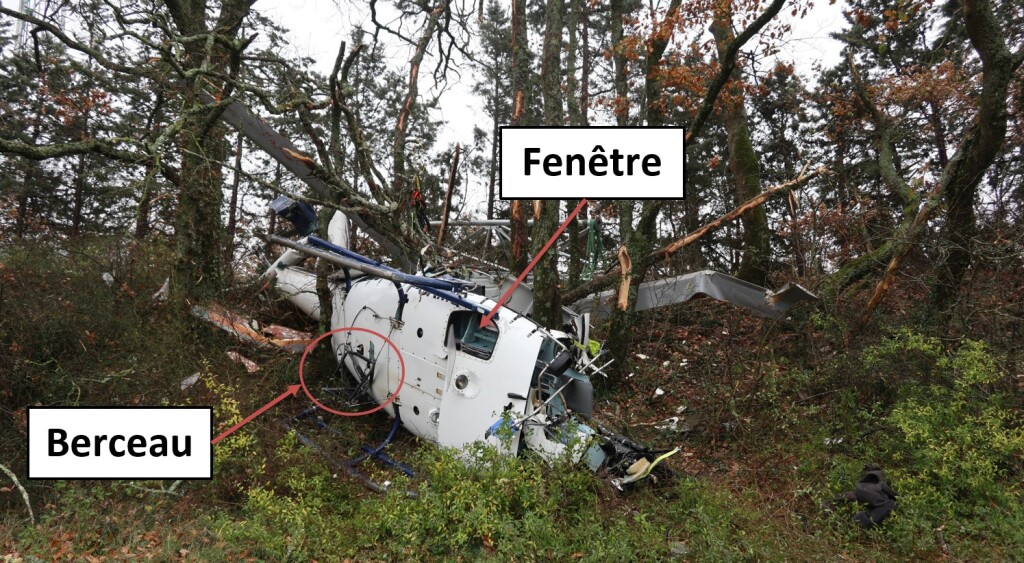 Circumstances of this HESLO Accident

The French Bureau d’Enquêtes et d’Analyses pour la Sécurité de l’Aviation Civile (the BEA) explain in their safety investigation report (issued in French on 29 October 2020) that the HESLO tasking was to support construction of communications tower for a telephone company.  It involved moving 6 sections of the tower.

The helicopter was modified with a window in the cockpit floor (shown above) and a mirror to allow observation of the load and sling during HESLO. It was operating with a 16 m sling attached to three 6 m strops. 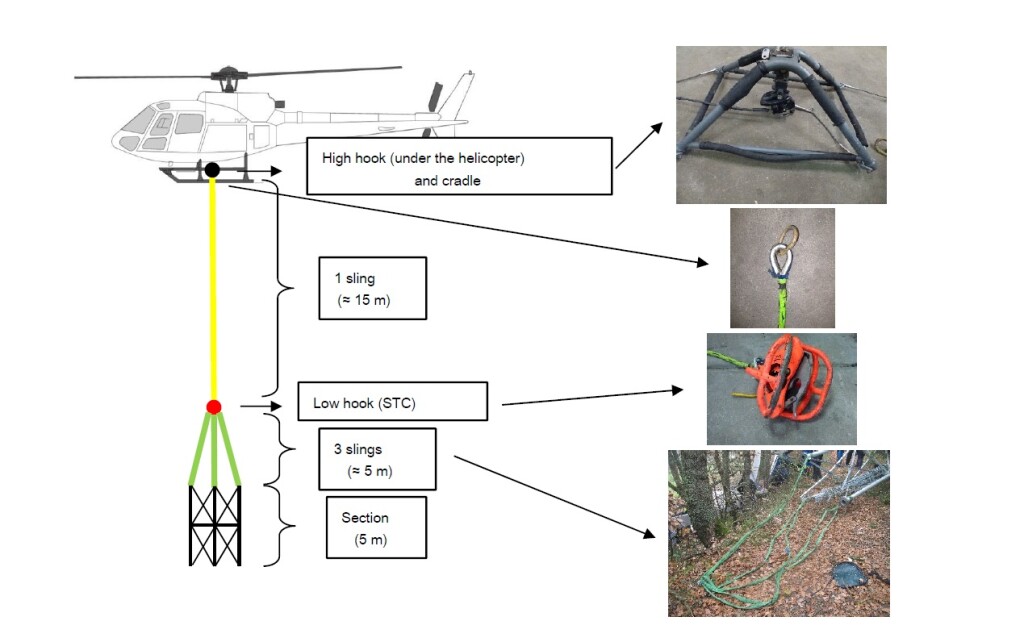 This technique involves the pilot adopting a particular back posture, linked to the fact that the pilot must tilt his head to the right to look through the floor, while extending the left arm to keep the hand positioned on the collective pitch control.

The ergonomics of this type of task may well be relevant as we see below.

For this type of construction project:

He had been employed on a permanent contract by the Airplus Hélicoptères since February 2017. Previously, the pilot worked alone within a company that he had created in 2003 and sold to Airplus Hélicoptères in 2016. He had performed aerial work and local passengers flights, mainly flying Lama and Alouette helicopters.

The pilot had a lot of experience in the field of the installation of pylons. He had worked for many years on a recurring basis with the same clients, who knew him well and recognized his skills.

The pilot had flown 18 hours for the company in December 2018, spread over 8 working days. On the day of the accident, the pilot was returning from a two weeks [Christmas and New Year] leave.

Two sections were successfully positioned in the morning.  At lunchtime a company manager arrived to relieve the previous ‘pilot’s assistant’, assigned to work alongside the technicians assembling the tower and be in radio contact with the pilot.  The BEA note that the pilot had regularly worked in the past without such assistance however.

During the meal, the manager considers that the atmosphere was relaxed and that the pilot seemed neither worried nor tired.

This was premature as the technicians were still finishing fixing the third section and the pilot’s assistant had not given authorisation to proceed.  The pilot thus had to hover for about 5 minutes with the load attached.

When they were ready, the helicopter approached the construction site.  The pilot positioned the fourth section above the assembled tower to allow technicians to position it precisely. A first positioning pin is then fixed to the first of three anchor points.  Just as the other two pins are about to be installed…

… the helicopter descends slightly then climbs sharply with the section, seperating it from the rest of the structure. The pilot lost control of the helicopter, which rolled, struck trees and then collided with the ground on the left side below the pylon installation area. 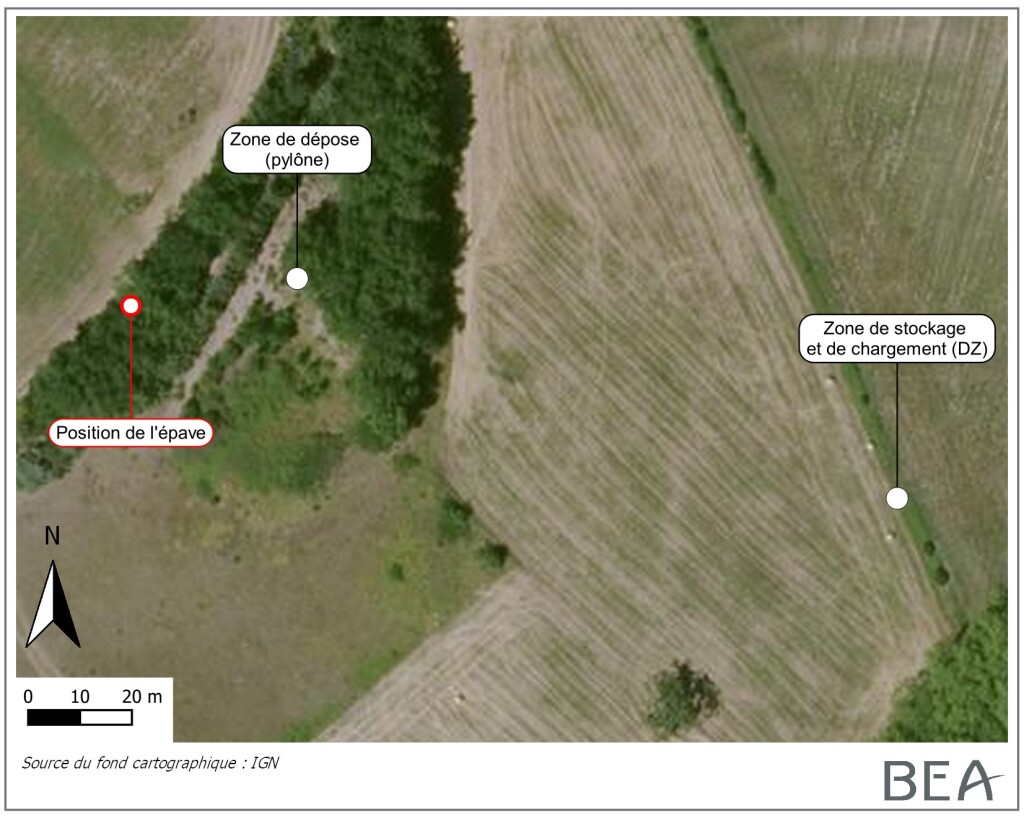 Examination of the wreckage identified no pre-impact anomalies.

The BEA had the benefit of smartphone video taken from a short distance away at the loading site (marked DZ in the graphic above).

Trees in the foreground hide the sections of the pylon already installed and the technicians there. 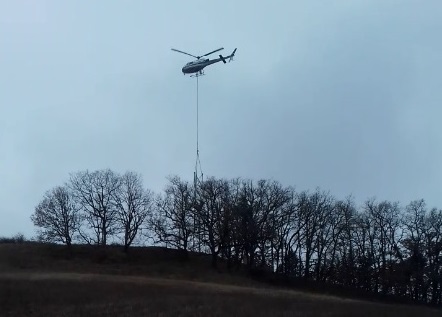 The last visible images from F-GKMQ show the helicopter with its nose facing the camera, with zero and declining attitude, and bank of approximately 45° to the right.  During the entire sequence in which the helicopter is visible, the load appears to remain attached to the sling.

The BEA identified four distinct sequences during the accident flight. 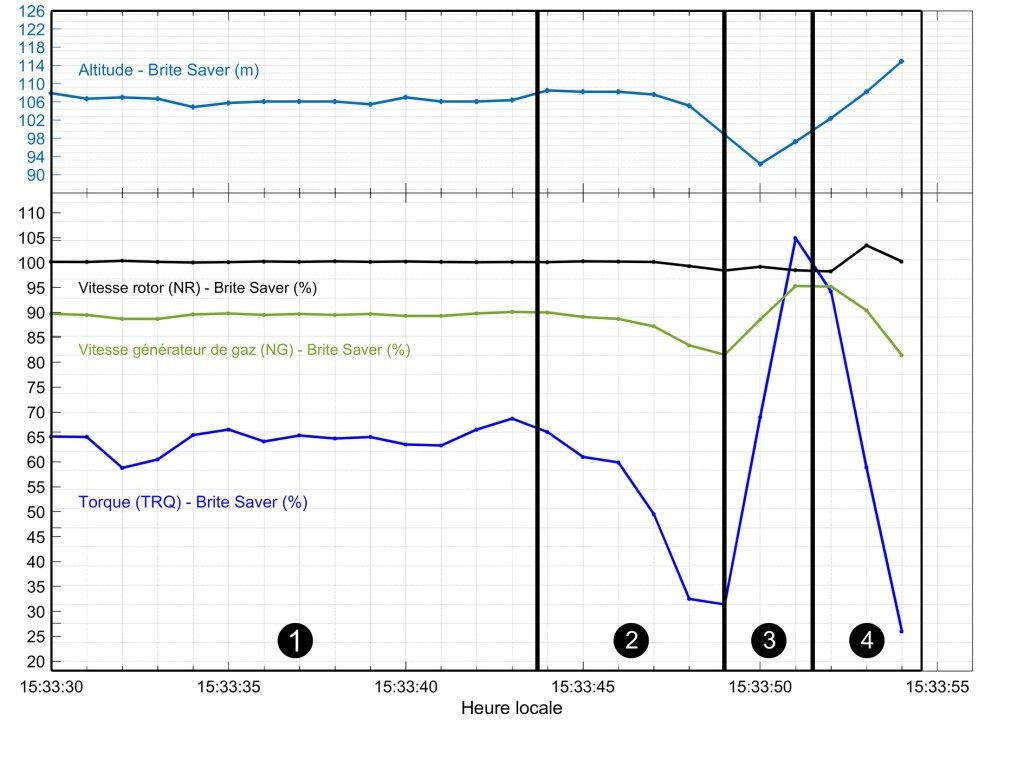 These parameters were compared with those obtained from simulations and flight tests carried out by Airbus and Safran Helicopter Engines. This analysis showed that the helicopter and its systems were operating nominally at the time of the accident.

The sequence of parts 2 and 3 can thus very probably be explained by a progressive decrease (decrease in pitch) followed by a rapid rise (increase in pitch) of the collective pitch control in the cockpit, which is consistent with the simulations carried out.

The pilot had a Class 1 Medical Certificate issued 31 August 2018.  According to the pilot’s partner and a doctor friend “the pilot was of good build and had no health problems”.  His partner revealed he did suffer from sciatica. The pilot was seeing a chiropractor but the back problem was not mentioned in the pilot’s medical history.  The autopsy also highlighted a “hepatic steatosis with fibrosis as well as a cardiac pathology which could cause illness or sudden death”. Toxicology confirmed the presence of caffeine and cotinine (the latter is related to tobacco consumption).

The manager specified that the pilot was easily out of breath and established a link with the latter’s tobacco consumption, which he estimated at two packs of cigarettes per day.

A ground handling agent explained that he had witnessed the pilot on 18 December 2018 out of breath and complaining of back pain.

The pilot’s Body Mass Index (BMI) was 28.7 kg / m², characterizing being overweight [albeit not obese]. Successive certificates for the past five years show BMIs between 25 and 31, as well as blood pressure readings consistently above 140 mmHg for systolic, and 90 mmHg for diastolic. Alleged smoking cessation dates differ from one medical fitness examination to another. It is mentioned  several times [in his medical records] in recent years a discrepancy between the blood pressure figures observed by the examining doctor and perodic self-measurement of blood pressure presented spontaneously by the pilot at each medical examination. His medical examination included an EKG [or ECG], but no recent laboratory examination.

The information entered in the pilot’s medical file, revealing the presence of cardiovascular risk factors [namely smoking, weight, physical inactivity and alcohol, but these] were not such as to declare him unfit.

The pilot’s companion indicates that the latter was feeling stress related to his work. She explains that this stress was linked to the schedules which changed regularly within the company. These modifications, sometimes carried out without much notice, irritated the pilot. He had to travel to other regular bases or other aerodromes to retrieve helicopters. These trips by car, sometimes long, tired him and forced him from time to time to stay where he was and sleep in a hotel. The pilot had informed the manager of the company that this organization did not suit him and they were scheduled to meet to discuss these points.  She added that the pilot experienced altercations with people who worked with him.

She reported he was therefore making arrangements to join another company.

In relation to the operation that day the BEA note that:

For ten years, the pilot had worked alone within the company he had created, before the latter was bought by Airplus Hélicoptères. The pilot’s significant autonomy…could explain the retention of habits acquired when he was carrying out this type of work alone.

The points of divergence that he had known with the manager as well as the altercations he had reported to his partner can be interpreted as indications of a difficult adaptation to the practices of the new company, in which he was employed for almost two years. This complicated acclimatisation finally led him to take steps to change employers.  It was in this context that the pilot resumed work on the day of the accident after two weeks of leave.

In relation to medical aspects:

The investigation could not determine whether an incapacity of the pilot could have been the cause of the accident.

In relation to the accident scenario:

While F-GKMQ was stabilized in a hover…the helicopter suddenly lost height. The investigation determined that this loss of height was the consequence of a decrease in the collective pitch input, most certainly initiated by manual action by the pilot. However, it has not been possible to explain why this commanded decline in the collective occurred.

Among the possible hypotheses considered by BEA were:

Immediately after this loss of height, the pilot pulled the collective straight up, causing the helicopter to climb abruptly. This excessive increase in the height of the helicopter caused the sling to be tensioned and then the load tore off.

The kinematics of the load…could have been initiated by the pilot.  The absence of personnel located straight ahead allowed the load to be released safely. The pilot’s assistant told the pilot three times, via radio, to release the section after it was torn off. However, the section remained attached to the sling throughout the filmed sequence. Given that all the release hooks were functional at the time of the occurrence, it is likely that the pilot did not activate the release controls

The pilot was subsequently unable to regain control of the helicopter, which adopted an unusual attitude as the load fell free, until the aircraft collided with the ground.

The shackle connecting the three green slings and the top ring of the yellow sling were found respectively disconnected from the bottom hook and the top hook, which suggests that these hooks opened before the collision with the ground. It is thus possible that the pilot ordered the release of the load after losing control of the helicopter. The fact that the two hooks were found in the closed position is probably the consequence of the impact.

Although a medical issue was not proven to be causal, the BEA observe that…

….pilots may be reluctant to admit the reality of their health problems, or are unaware of the potential risks associated with their aviation activity.

For these reasons, it is possible that despite the provisions of [the EASA Aircrew Regulation] MED.A.020 [Decrease in medical fitness], that pilots do not allow aviation physicians to know their actual state of health. 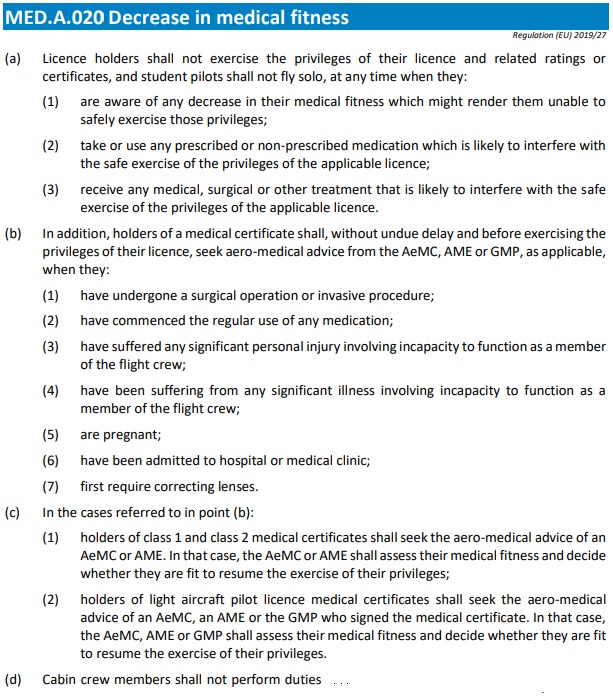 In the report on the accident to the Rolladen Schneider LS4 glider registered F-CADT published in July 2019, the BEA indicated that “the reassessment of medical fitness between medical examinations is the responsibility of the pilot according to paragraph MED.A.020. These provisions are inseparable from the periodic medical examinations, but aviation physicians have indicated that they are underutilized by pilots and operators”.  [T]he promotion of the use of article MED.A.020 by medical examiners must be part of a more general context of health education and prevention at the centre of which the pilot must be positioned as full-fledged participant. 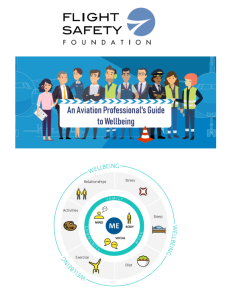