On 27 April 2017, a Japanese Airbus Helicopters AS350B1, JA9743 of Nakanihon Air Service, lost an under slung crop spraying system while in flight at Toubetsu, Teshikaga Town, Kawakami-gun, Hokkaido.  According to the Japan Transport Safety Board (JTSB) final report, released 31 May 2018, the Captain sat in the left seat and a pilot under training was in the right seat and pilot flying.

The under slung load was seen in the helicopter’s rearview mirror to fall away. 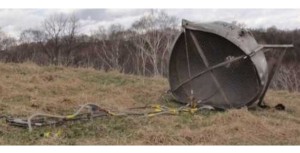 The Cargo Swing is hung from the bottom of the fuselage by four steel wires, utilizing the rotorcraft structure. 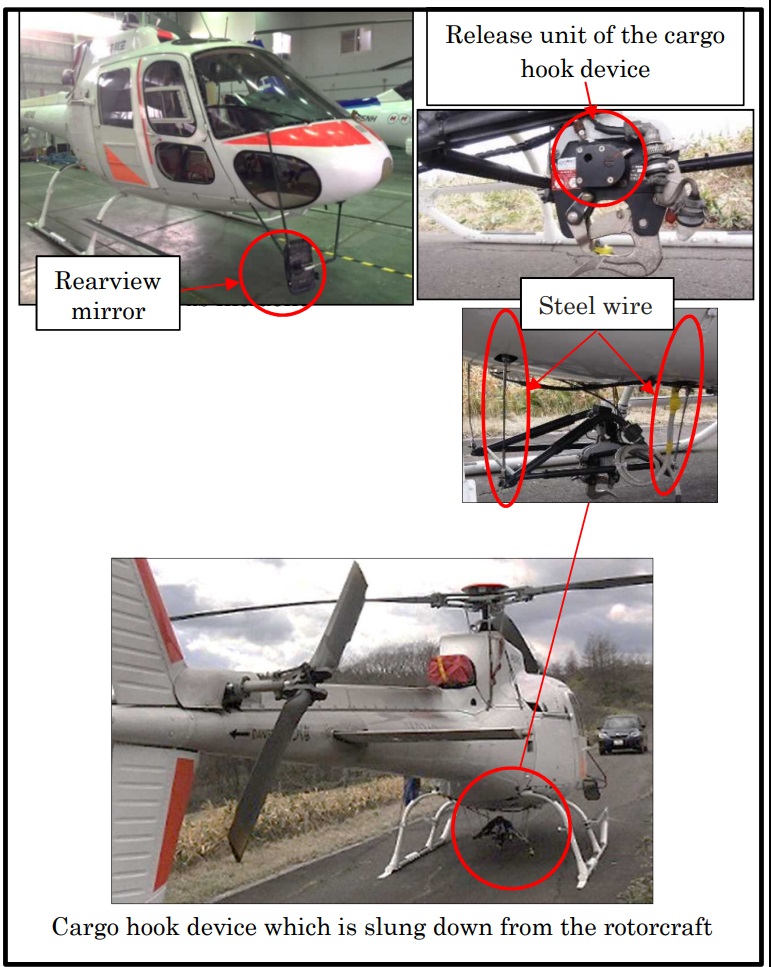 The Handle installed in the collective pitch lever is connecting to the [Control] Cable in order to actuate mechanically the Release Unit of the cargo hook device.

The Maintenance Manual requires the Control Cable is routed via clamps at two locations.  On this aircraft the cable was fastened at three locations.  One was a regular routing position but the other two were fastened at non-standard positions. One location used a nylon tie wrap used instead of a clamp.

No maintenance records could be provided that showed when this alternative routing had been done.  This would generate greater bigger friction, would have stopped the Control Cable smoothly following the movement of the Cargo Swing.  This alternative routing also meant the cable was 10cm short at the Release Unit end, resulting in less cable and therefore free movement when attached to the Release Unit. 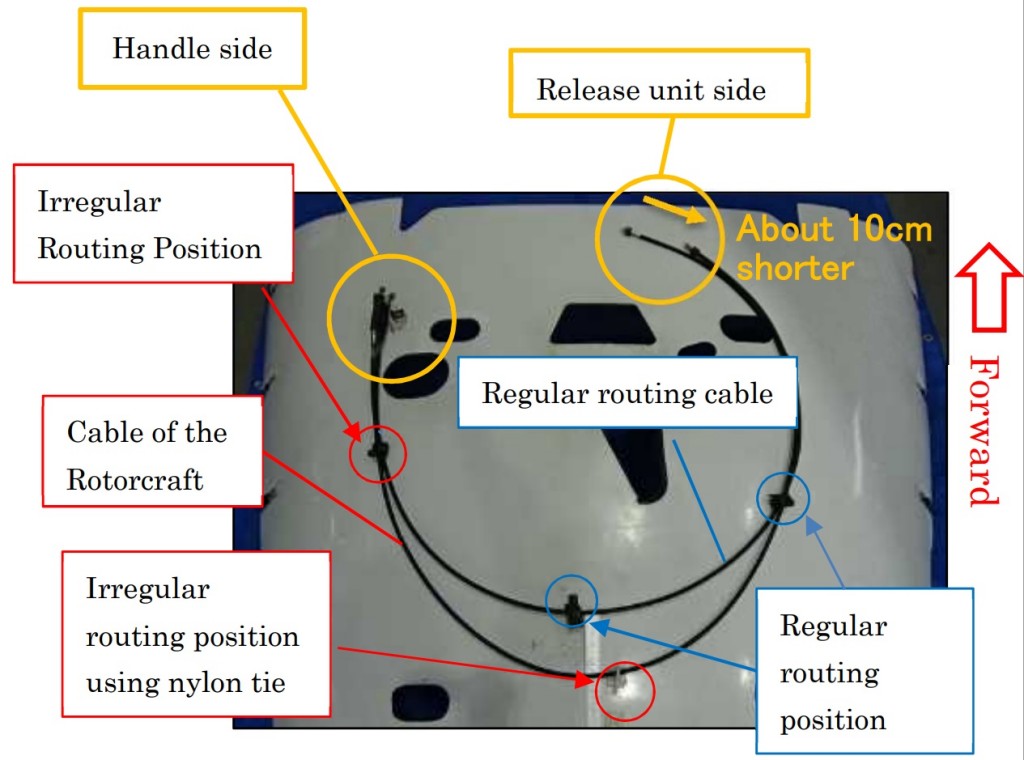 The Control Cable is a Bowden style cable, with a moving inner actuating cable.  On detailed examination the outer protective cables of the Control Cable had broken, exposing the inner moving cable to damage.  However an outer sheath would have prevented this being detected visually.  It is possible that a large movement of the Cargo Swing, would have resulted in the shortened inner cable opening the Release Unit.

It is highly probable that the serious incident occurred because when the cargo swing was shaken due to the right turn following the acceleration of the rotorcraft to cause the outer cable of the cargo swing broke, the tension was applied to the inner cable, the release unit was activated to open the hook and the spraying device slung was dropped.

The operator changed all their cables following special training for maintenance personnel on this equipment. They have also reiterated the importance of configuration management to all staff.

No procedural, continuing airworthiness management or assurance changes are mentioned however.

Other Maintenance Standards and Practice Resources