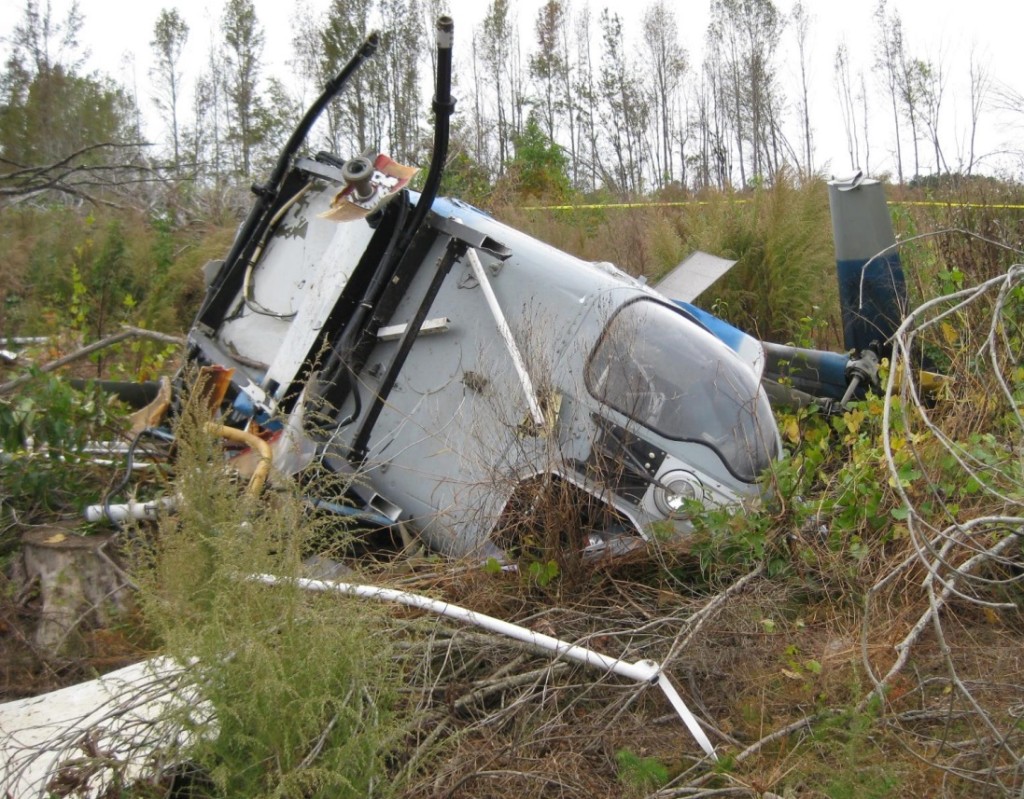 After loading the helicopter with herbicide, the pilot departed from the staging area; however, during the initial climb, as the helicopter was about 50 ft above the ground, the outboard portion of one of the two main rotor blades separated. 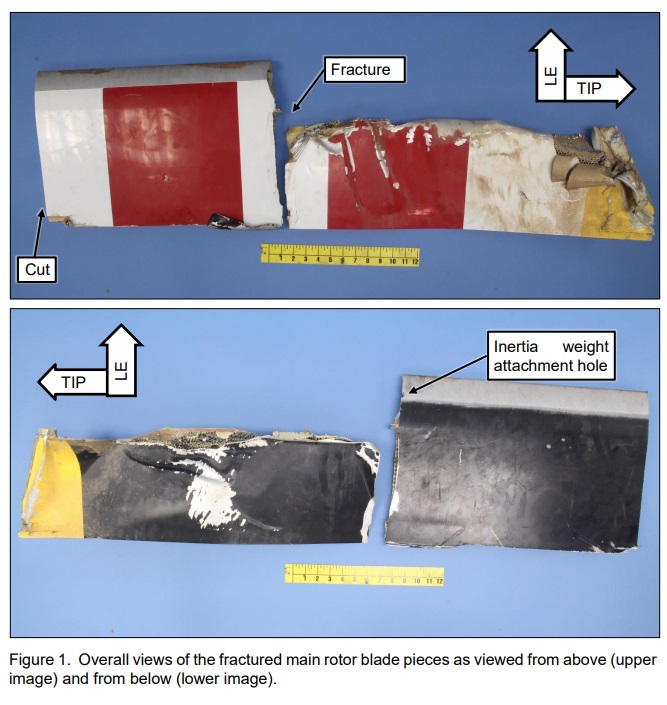 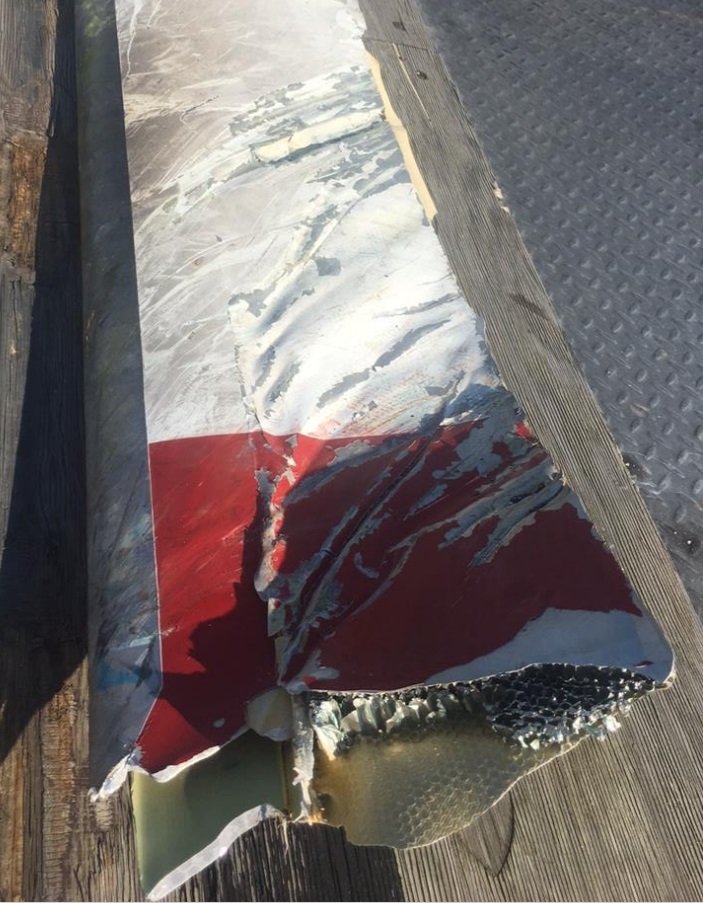 The main rotor blades then struck the tailboom, and the helicopter entered an uncontrolled descent to the ground. 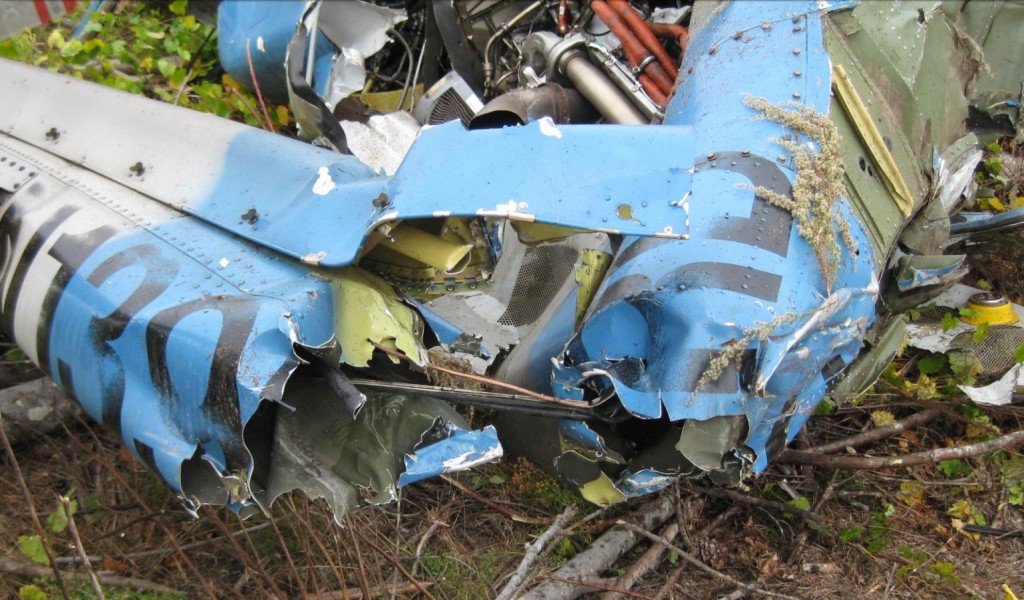 Metallurgical examination of the fractured [white] main rotor blade revealed a crack with fatigue features emanating from multiple origins in the area of the inertia weight attachment hole. 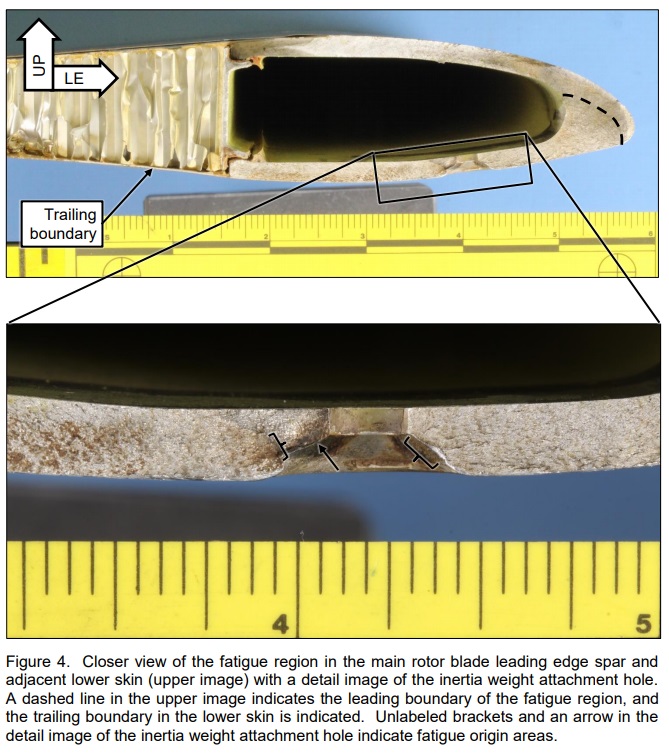 …Military Alert Bulletin (MAB) USA-OH-58-87-1, revision B, originally dated August 12, 1987, and revised April 12, 2007. The purpose of the revised MAB was to notify military operators of model OH-58A, B, C and 206B-1 model helicopters with part numbers 206-011-250-003/113 main rotor blades to conduct initial visual inspections of the blades before returning them to service and subsequently inspect them at intervals of 8 hours or 32 flights, whichever occurred first. The inspection, to be performed with a 10x power scope was focused on the area of the inertia weight screw heads. Paint was to be removed prior to the first inspection, and a clear-coat finish was to be applied to facilitate subsequent inspections.

On April 12, 2007, Bell also issued Operations Safety Notice (OSN) OSN-GEN-07-38, Revision A, to all OH-58 operators referencing the aforementioned MAB and providing a notification of changes incorporated in the revised MAB. Both the MAB and OSN noted that the inspection requirement did not apply to main rotor blades manufactured by Bell Helicopter identified with serial Nos. A-1 and subsequent.

Rotorcraft Development was unaware of both the MAB and the OSN prior to the accident. The maintenance program created by Garlick Helicopters had also not specified inspecting the main rotor blade as per the MAB and OSN either.

Performance of the recurrent inspection required by the MAB and the OSN likely would have detected the fatigue cracks on the main rotor blade before its failure during the accident flight.

NTSB comment that there is no requirement for multiple-TCH’s to share information.  We would however observe that the FAA allowing multiple TCH’s is a fundamentally flawed continued airworthiness arrangement that silos type knowledge and allows non-OEM TCHs to operate without detailed knowledge of the type design.

We’ve previously written: Usage Related Ex-Military Helicopter Accident (UH-1H, N175SF).  There we asked: It is an interesting question whether most of these [non-OEM] TCH’s really have the data and competence to manage this design airworthiness matters of ageing ex-military rotorcraft in niche roles.

On September 28, 2016, the Federal Aviation Administration (FAA) received a Safety Hotline Complaint that identified owners/operators of commercially used OH-58A, A+, and C helicopters using incorrect calculation methods to determine the life-limit of engine parts and components. Although these parts and components should have a life-limit based on hours, not cycles, the complainant specified that the Garlick ICA and the Type Certificate Data Sheet (TCDS) contain limits that exceed FAA approved specific criteria for the OH-58A, A+, and C aircraft.

The FAA review confirmed the information provided by the complainant. Section II, Airworthiness Limitations Section, of the Garlick ICA references Allison Engine Company publication 5W2 & l OW2 for retirement intervals. The FAA reviewed these documents, identified the life-limit requirements for the 250-C20 & 250-C18 engines, and confirmed that engine components are life-limited by hours and/or cycles.

An in-flight failure of a main rotor blade due to fatigue cracks.

Contributing to the failure of the main rotor blade was the absence of guidance to the operator to inspect an area of the main rotor blade known to be susceptible to fatigue cracks and the accident helicopter type certificate holder’s lack of information of an existing inspection published by another restricted-category type certificate holder of the same model helicopter. 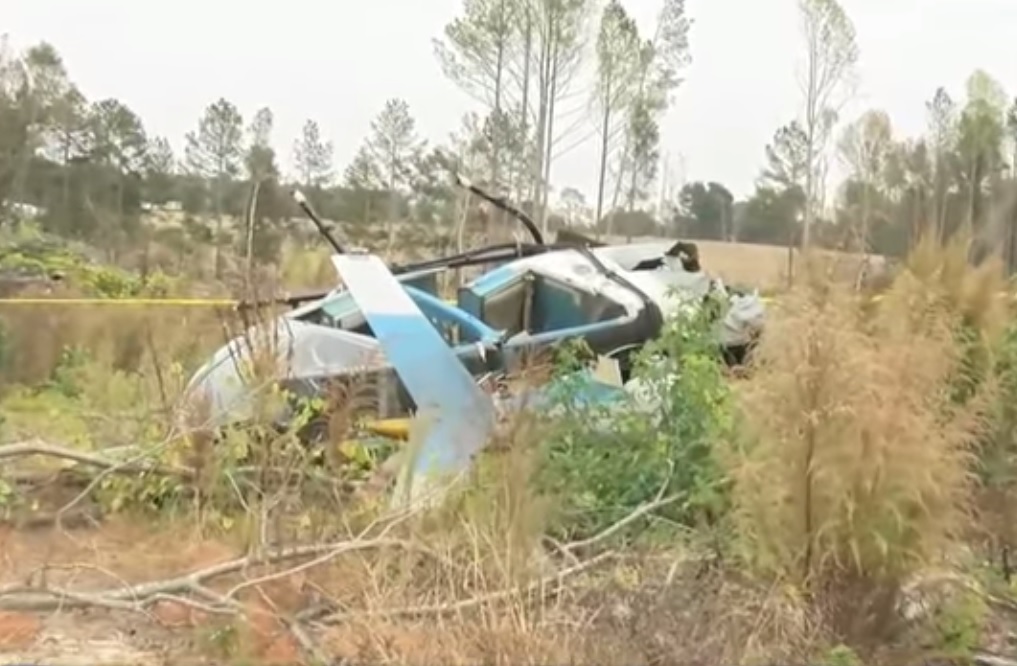 We have also written: