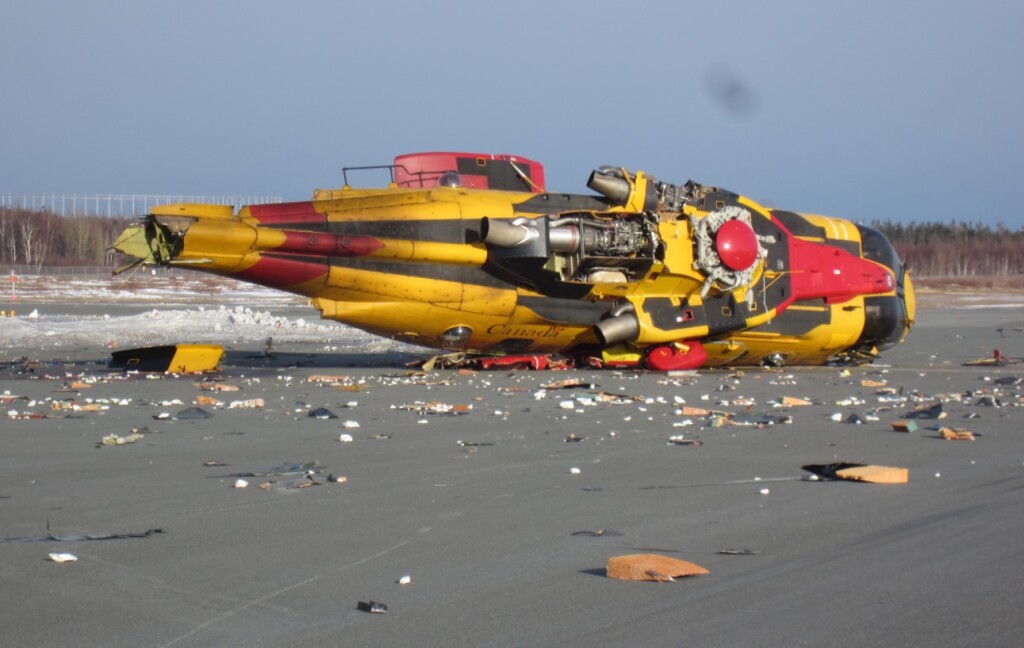 The SAR helicopter, callsign Outcast 903, of 103 Search and Rescue Squadron, 9 Wing was completing an onshore rear crew focused training flight, the first of two planned for the day at c15:42 Local Time.  There were six crew members on board: two pilots, two Flight Engineers and two Search and Rescue Technicians.

At the end of the first training mission, the crew conducted hover work in the vicinity of the intersection of Runway 31 and Runway 21.

The aircraft flight vector immediately reversed from a clockwise rotation to an accelerated counter clockwise left yaw about the aircraft mast. As the aircraft continued to yaw left, the attitude of the aircraft became unstable resulting in an increasing right bank attitude. The aircraft rotated through approximately 400° and as the right rolling moment intensified, the right outboard wheel, the horizontal stabilizer assembly located on the right side of the tail section, and main rotor blades impacted the runway.

The aircraft was significantly damaged on impact with the ground (although AW101s, aka Merlins, have been successfully rebuilt after major accidents [in one case an accident in Afghanistan, followed by being dropped by a US helicopter during the recovery and being dragged into a compound by armoured vehicle!]).

The RCAF report their safety investigation is focusing on “materiel and human factors“.  We will update this article as they release more information.

This accident is a good reminder to pay attention to the maintenance, adjustment and operation of pilot’s seats. 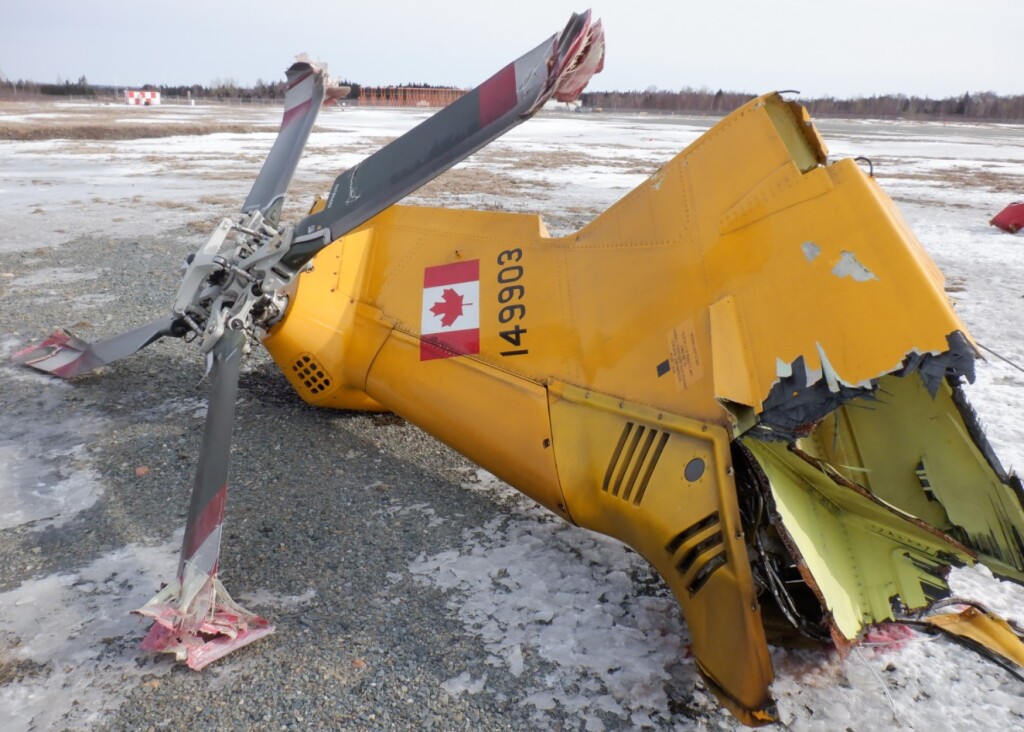 TRANSLATE with x
English
TRANSLATE with
COPY THE URL BELOW
Back
EMBED THE SNIPPET BELOW IN YOUR SITE
Enable collaborative features and customize widget: Bing Webmaster Portal
Back
hh
Detected language : English