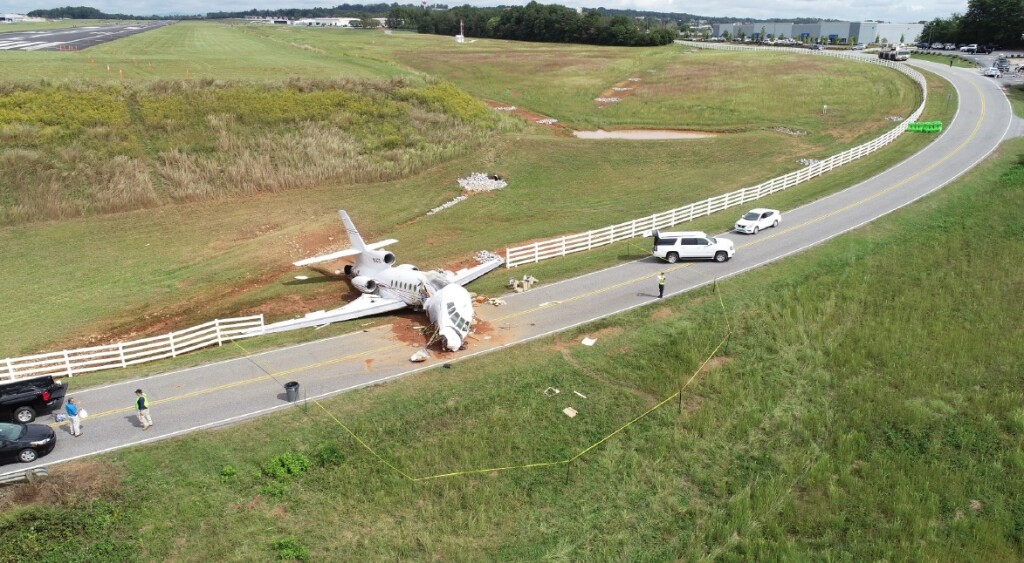 The US National Transportation Safety Board (NTSB) explain in their safety investigation report (issued 3 June 2020) that:

The Dassault Falcon 50 is a midsize long-range business jet.   According to the cockpit voice recorder (CVR), during the approach to GMU, the flight crew had difficulties understanding the navigation fixes that air traffic control had provided.  The CVR also showed that the flight crew did not use any prelanding checklist or discuss that no braking was available with the brake system in the “#1-ON” position (the pilot was the copilot for the previous four flights in the airplane, during which this condition was present).

The “#1-ON” position of the switch selected normal braking utilizing system 1, and provided antiskid protection, while the “2-OFF” position selected emergency braking and did not provide antiskid.  According to the pilot who conducted four flights in the airplane before the accident flight, upon application of the brakes with the brake switch in the “#1-ON” position, braking was normal at low speeds (estimated to be 15-20 knots) but at faster speeds, no braking was available. Braking was restored when the brake switch was placed in the “#2-OFF” position.

This pilot [who who commanded the four flights prior] stated that he reported the brake system failure to the company’s Director of Maintenance after the first two flights (in late August and early September 2018) and indicated his belief that the source of the problem was the antiskid system.

In interview with the Director of Maintenance, the son of the accident co-pilot, denied that he had been told.  He also stated there were no defects deferred on the aircraft and the NTSB found no maintenance records indicating a brake system issue.  However: 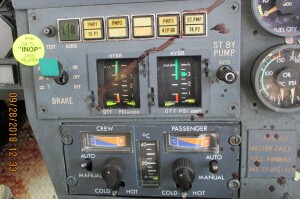 At 1345:34, the CVR recorded the sound of the airplane touching down. At 1345:38, the pilot stated that the brakes were not operating. He and the copilot commented about the lack of brakes several more times before the airplane went over an embankment and came to a stop.

Air traffic controllers at GMU reported that the airplane touched down “normally” at a standard touchdown point on the runway. They saw the airplane’s thrust reverser deploy and watched as the airplane continued down the runway without decelerating.

An airport security video captured the airplane’s touchdown and showed that the thrust reverser and the airbrakes were deployed. The video [below as stills with time in lower left corner] also showed the airplane as it continued to the end of the runway and went over the embankment. 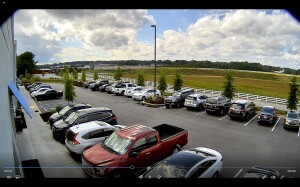 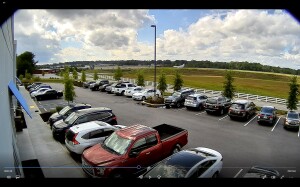 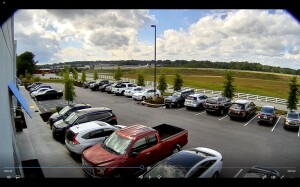 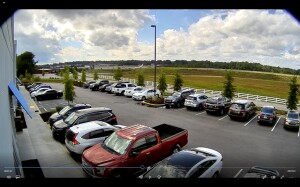 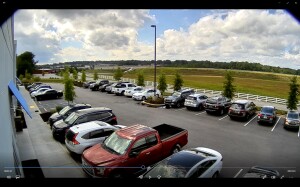 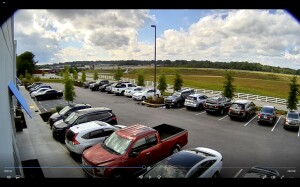 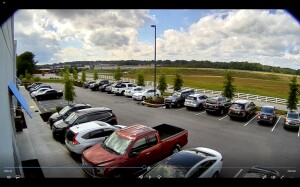 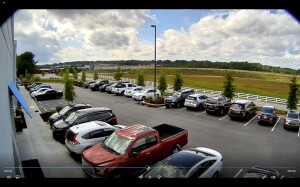 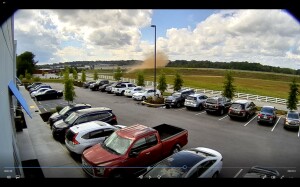 [The aircraft had] departed the left edge of the runway [19] near the departure end, traveled across the flat grassy area at the end of the runway, continued down a 50-foot embankment, and came to rest on the airport perimeter road about 425 ft from the runway. 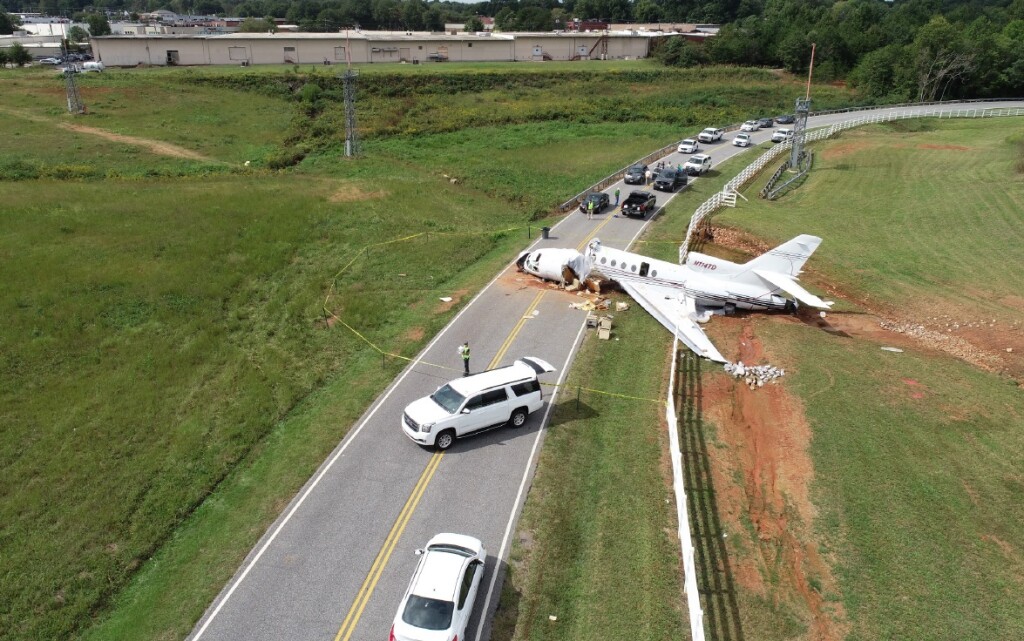 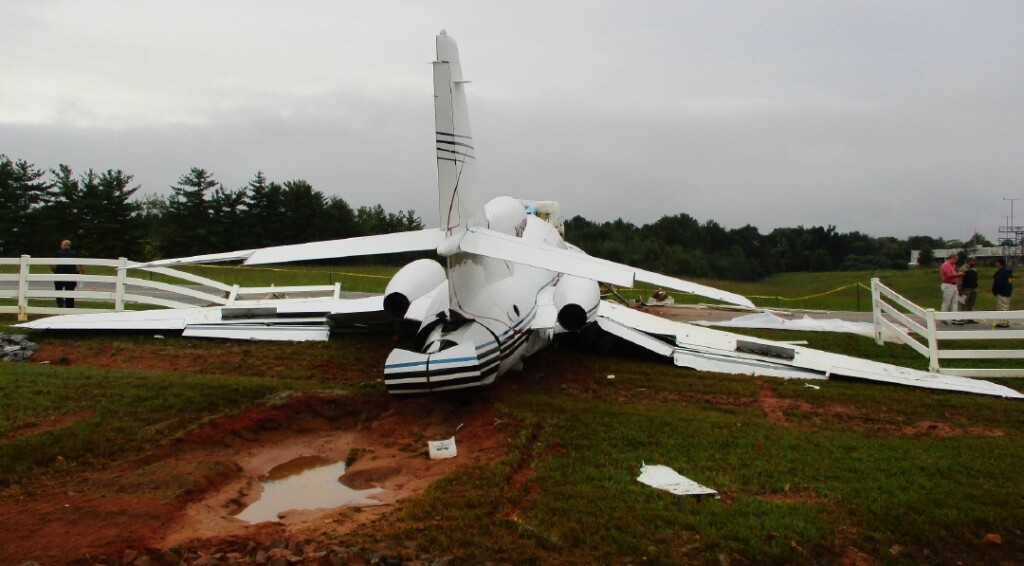 The wreckage was oriented on a heading of about 160°. 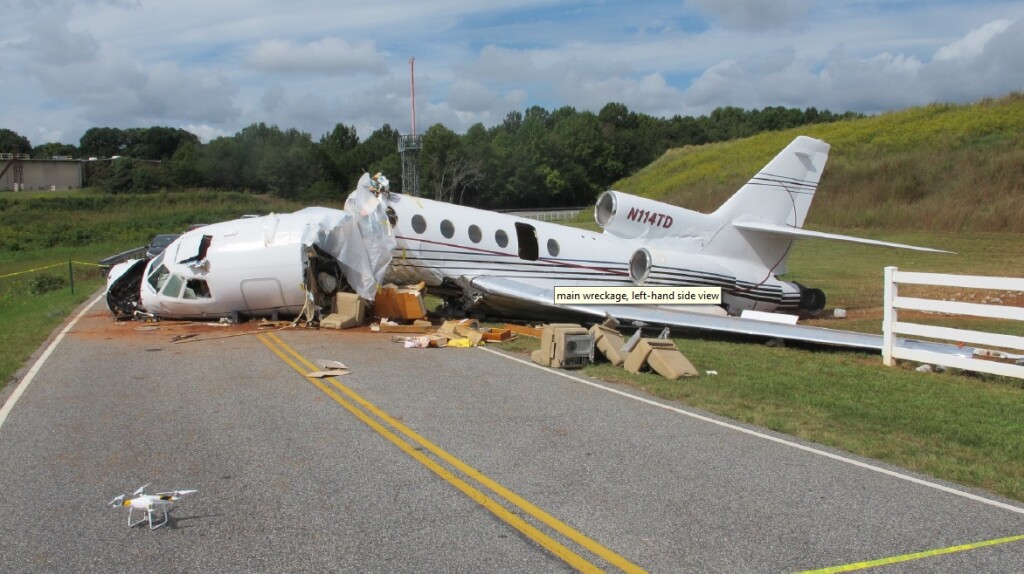 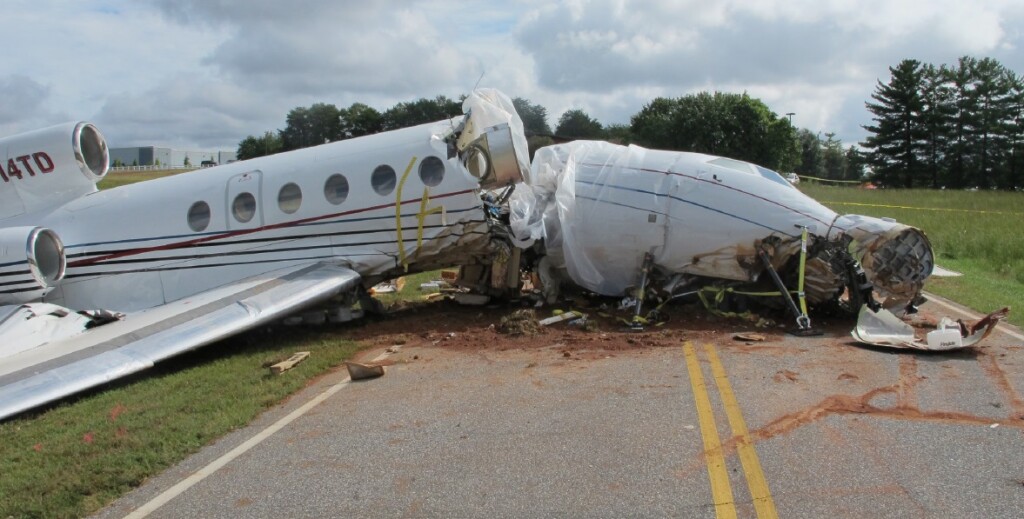 According to the operator’s Director of Maintenance, the aircraft had been kept in storage for about 4 years.

The work order was about 60% complete at the time of the accident, and there were no maintenance log entries made indicating that the airplane was airworthy and returned to service.

There was an extensive examination of the aircraft’s brakes:

In relation to the crew, the NTSB discovered (emphasis added):

The pilot[-in-command] held an airline transport pilot certificate and a type rating for the Dassault Falcon 50 with a limitation for second-in-command privileges only. He also held type ratings for Learjet and Westwind business jets.

The co-pilot [the second-in-command and owner of the company] [only] held a private pilot certificate with ratings for airplane single and multiengine land. He did not hold any type ratings nor did he hold an instrument rating.

The NTSB give little further background on the operator or the FAA‘s regulatory oversight, but it is noticeable that the NTSB preliminary report described this flight as a Part 91 Personal flight, which suggests there was some initial uncertainty on the status of the flight.

NTSB disappointingly also do not talk about emergency response, cabin safety or survivability matters.  There is no comment whether any FDR data was available.

NTSB also does not discuss the airport layout.  Runway 1 is long and has an Engineered Materials Arresting System (EMAS) bed to protect the adjacent road.  EMAS beds contain high energy absorbing materials of selected strength which will reliably and predictably crush under the weight of an aircraft. 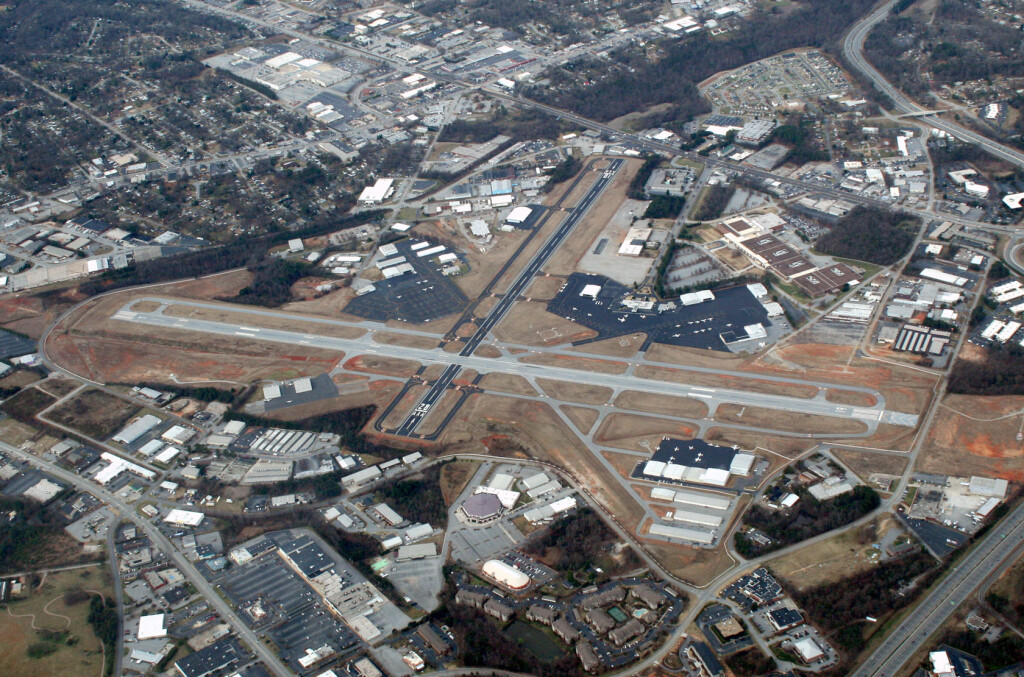 However, downward sloping Runway 19 that the accident occurred on lacks EMAS but has a large embankment, up to 50 feet high  around most of the last quarter of the runway. 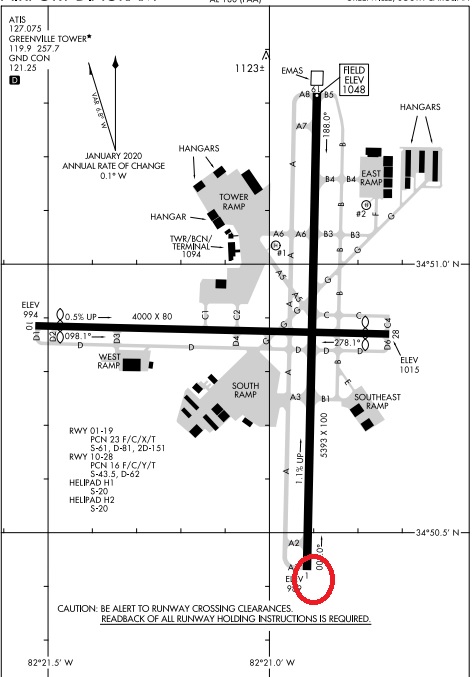 The operator’s decision to allow a flight in an airplane with known, unresolved maintenance discrepancies, and the flight crew’s failure to properly configure the airplane in a way that would have allowed the emergency or parking brake systems to stop the airplane during landing.

UPDATE 10 June 2020: An accident after a maintenance error during storage: B767 Fire and Uncommanded Evacuation After Lockwire Omitted

Aerossurance was to have run workshops at the EHA European Rotors VTOL Show and Safety Conference in Cologne in November 2020 on a) Safety Culture and Leadership and b) Contracting Aviation Services: An Introduction to the Basics.  These have sadly been postponed due to COVID-19. 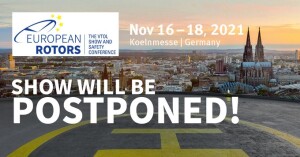