On 1 August 2019 Swedish registered Hughes (now MD Helicopters) 369D, SE-JVJ, operated by Polish company First European Aviation, was mapping Norwegian electricity distribution lines for Eidsiva Nett using both laser scanning and aerial photography when it was involved in an accident.  The helicopter was substantially damaged, but the crew of two escaped unharmed. 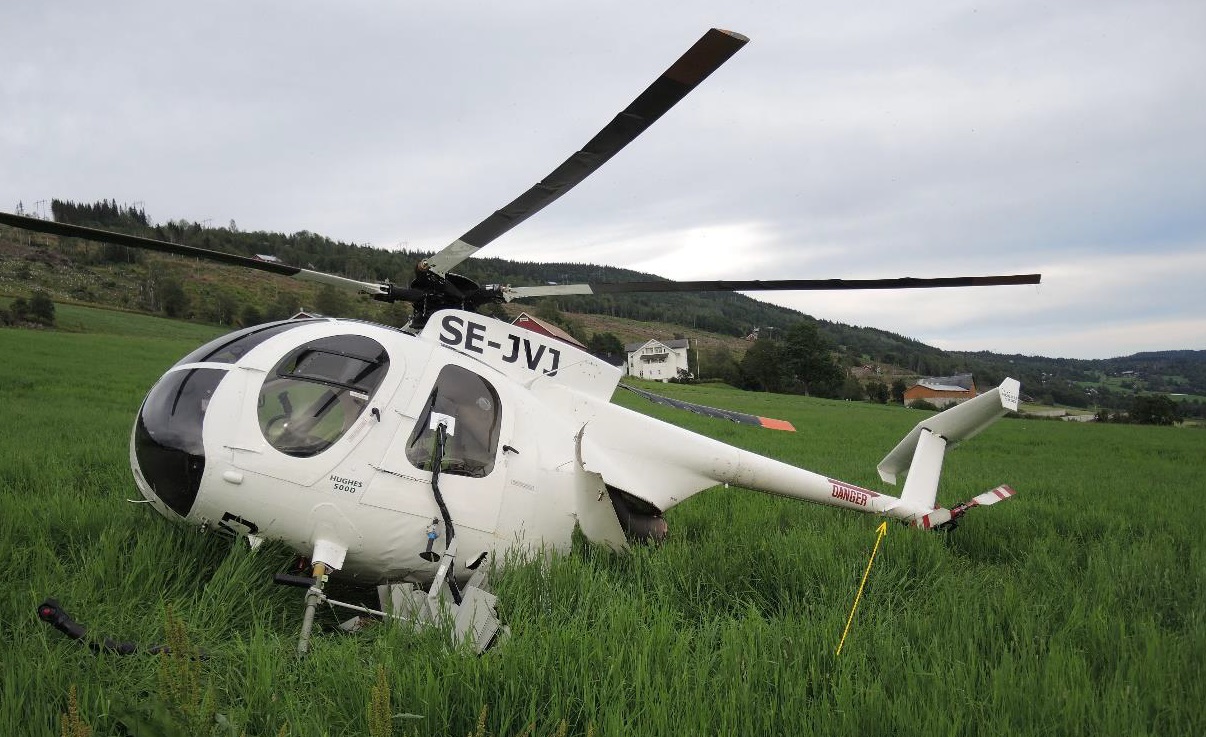 The Norwegian Safety Investigation Authority (NSIA) explain in their safety investigation report published on 23 June 2021 that:

Approximately 52 minutes into the flight the commander [907:30 hours total flight time, 244:30 on type] became aware of abnormal vibrations in the helicopter. The vibrations increased in intensity and approximately 20 – 30 seconds later, the commander heard a metallic sound, which, like the vibrations, was becoming louder.  None of the instruments displayed fault indications. At the time, the crew did not perceive the situation as threatening, but the commander nevertheless decided to land the helicopter in order to check it. He circled two farms while taking his bearings.  He chose a grassy field northwest of Nordre Fogne farm as the landing site and initiated a slow approach… During the last phase of the approach, for approx. 3 meter altitude, the crew heard a bang and the helicopter lost all power. The commander lost control of the helicopter which landed hard. The right skid collapsed, the horizontal stabiliser, and all five main rotor blades were in contact with the ground and were substantially damaged. 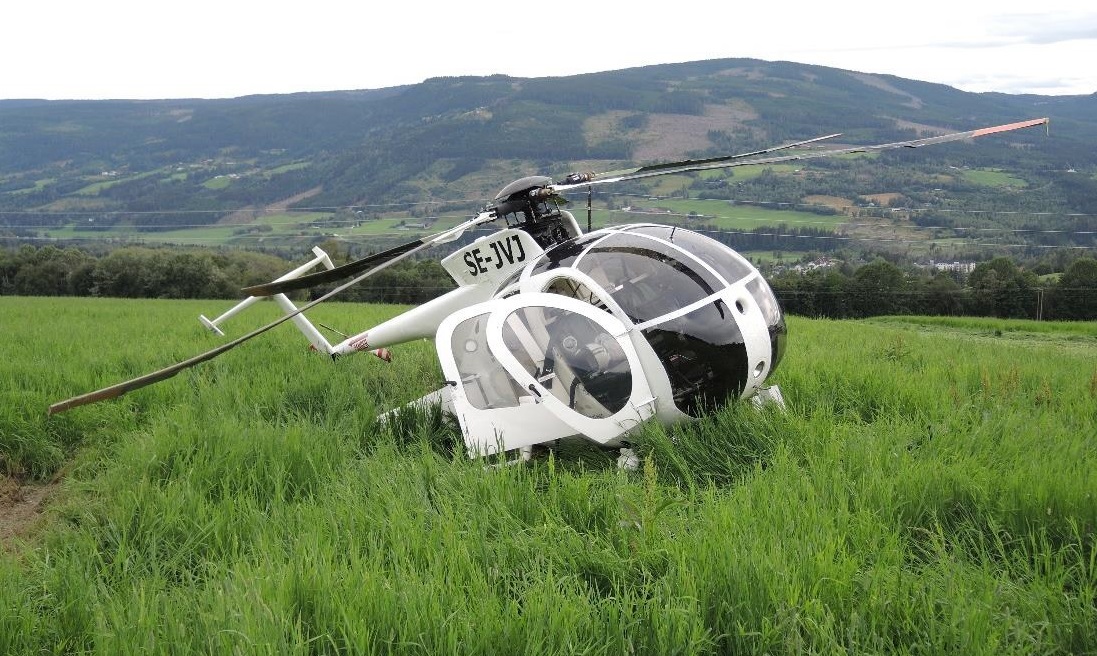 On examination the main gearbox input pinion was found to have suffered a fatigue crack. 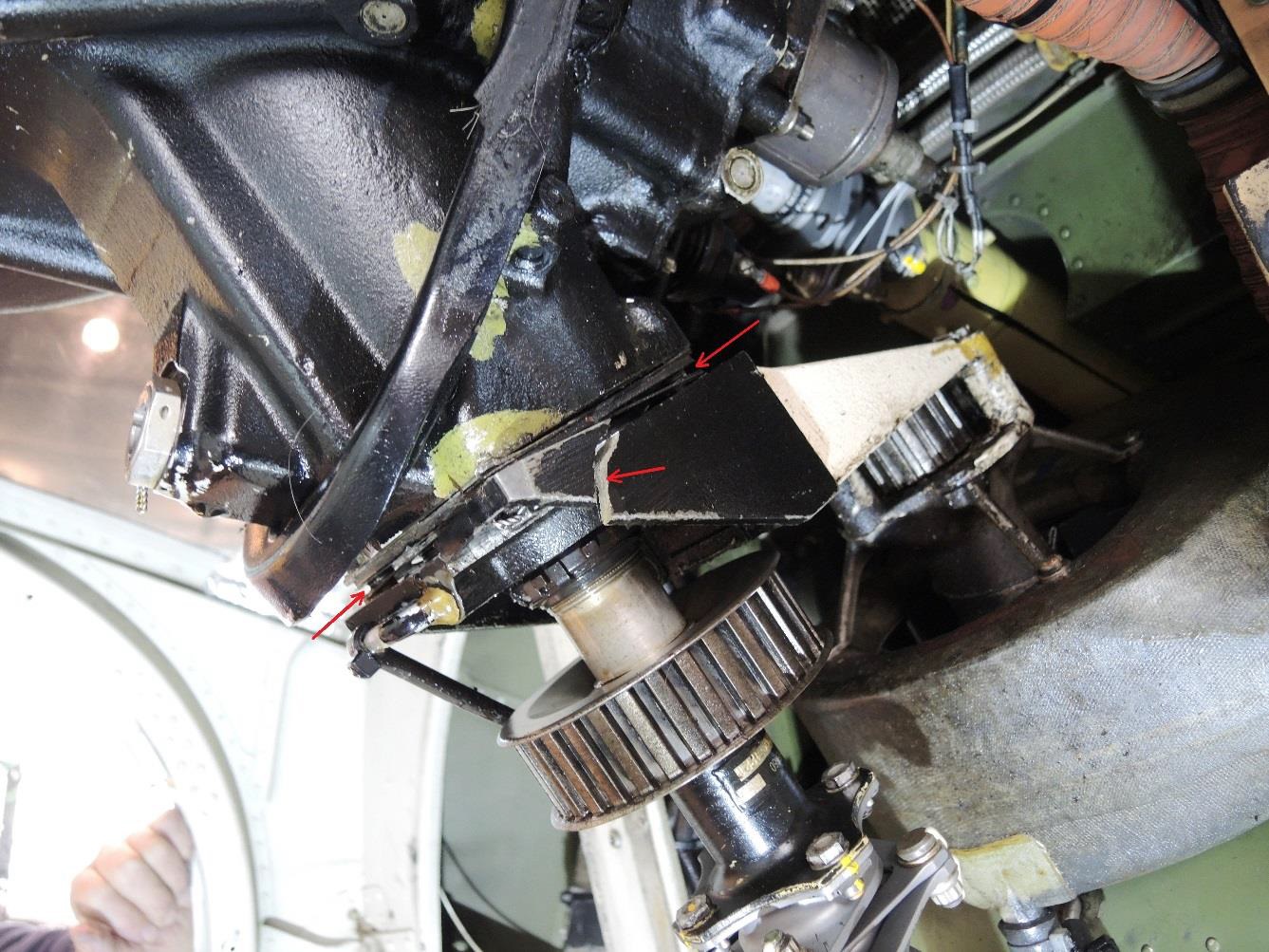 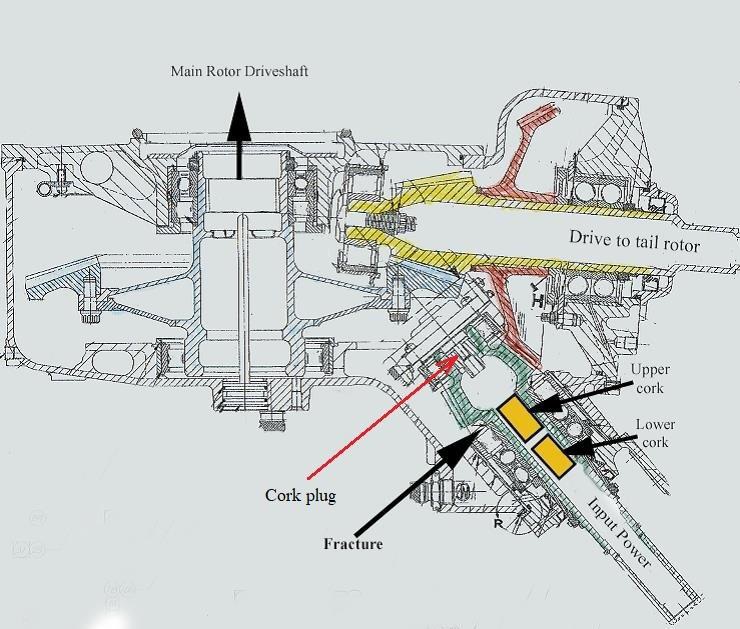 MD Helicopters stated that they were not aware of any previous such cases.

When the commander noticed the vibrations, the crack had most likely progressed close to causing…fracture. The…pinion…rotated at approximately 6,000 rpm, giving a vibration frequency of 100 Hz.  This is significantly higher than the vibration frequency from the main rotor and the tail rotor. Consequently, there was no reason to suspect that the vibration came from the rotors. The NSIA would like to commend the commander for taking the vibrations sufficiently seriously to abort the flight although they were hardly noticeable. The accident illustrates the importance of taking all changes in the vibration pattern or the sound picture in a helicopter very seriously. The fact that the pinion broke at a low altitude, was decisive for the crew escaping the accident without injuries. 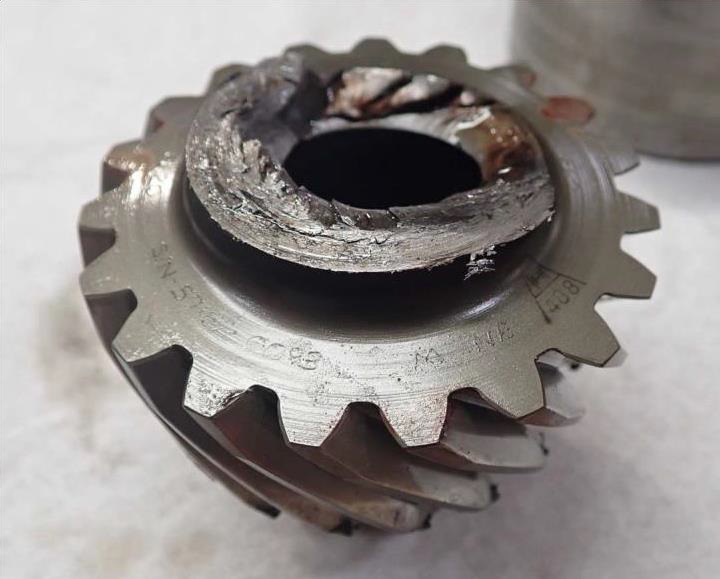 It has not been possible to establish unambiguously why the fracture occurred.

The crack initiations seem to be associated with surface irregularities originating from machining and surface oxidation. 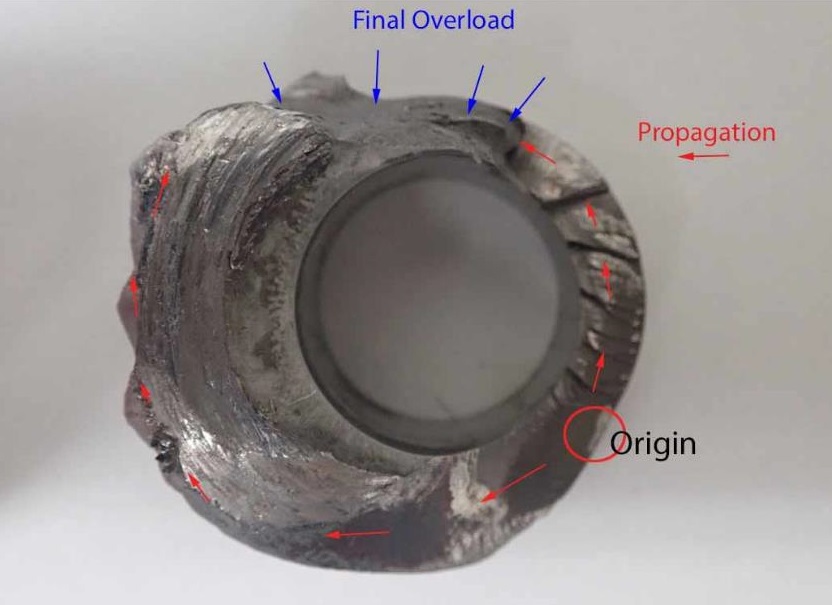 Due to the fact that the fatigue initiations seem to have mainly been initiated on two opposite sides, bending loadings may have contributed to the initiations and subsequent fatigue crack growth.

At the time of the accident, the main gearbox had a total operating time of 3,749.5 hours. This is 749.5 hours more than the permitted overhaul interval of 3,000 hours.  The main gearbox did not meet the requirements for extension of the maintenance interval to 4,000 hours [i.e the use of Mobil AGL gear oil].

The operator’s continuing airworthiness management system contained erroneous information relating to the main gearbox operating time. According to the information, the main gearbox had an operating time of 2,749 hours, with a remaining flight time of 261 hours at the time of the accident. The NSIA finds it likely that the fracture existed for more than 749 flight hours. If the fracture existed for more than 749 flight hours, it could have been discovered during a 3,000-hour overhaul. This means that it is likely that the fracture would have been discovered before the accident occurred, had the overhaul interval been complied with.

Plus, two wine corks had been fitted, seemingly in an attempt to control a past oil leak.  Its possible the leak was connected to the cracking, and so the installation of an unapproved temporary ‘fix’ might have prevented early detection.