On 28 January 2019, Kalitta Charters II cargo Boeing 727-2B6 N720CK, landed with its nose gear retracted at Tuscaloosa Regional Airport (TCL), Alabama.  The operator is a Part 121 cargo airline based in Ypsilanti, Michigan that conducts just-in-time cargo operations for the automotive industry. They operated a fleet of 5 B727 aircraft and 9 other aircraft. 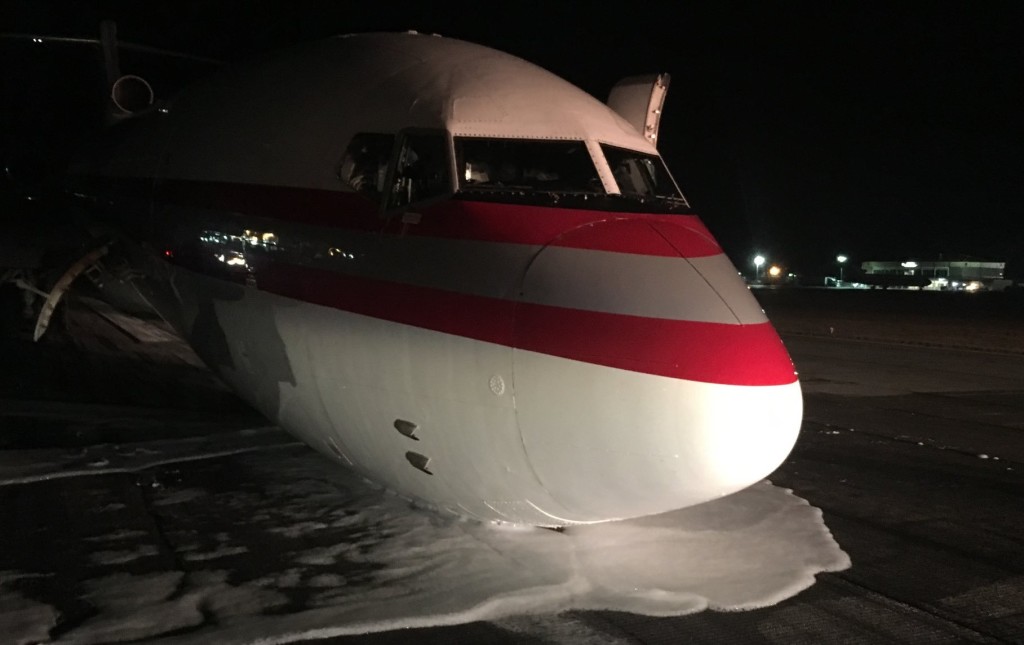 According to the NTSB’s report:

…about 12 miles from the airport the captain called for flaps 15 and gear down. After the gear was selected down, the CVR recorded the first officer stating, “yeah it’s down, but [unintelligble] the lights [unintelligble]”

The crew reported that they noted a red warning light for the nose gear position, and heard the audible gear warning horn. The CVR recorded the captain queried, “what horn was that?” and the first officer (FO) responded, “[unintelligible] gear warning horn.”

The flight engineer (FE) stated that he recommended that they recycle the gear, the captain declined.

The FO stated that he recommended that they go around to troubleshoot, the captain declined.

The captain reportedly stated that the airplane had a history of a microswitch issue, and pressed on the gear handle and light. As the power was reduced to idle, the gear warning horn and the GPWS audible alerts sounded.

The captain stated in an interview that he asked for the gear to be recycled, and also that he smelled smoke and did not want to delay. Neither the FO, FE, or non-revenue mechanic, reported these items, nor were any of these items audible on the CVR.

What is clear however is that:

The captain continued the approach and after landing, upon derotation, the forward fuselage contacted the runway and the airplane quickly slid to a stop with the nose gear retracted. After the airplane came to a stop, the captain stated, “it wasn’t down,” and the FO made a radio call to tower.

About five seconds later the FO stated, “shoulda gone around,” and the captain responded, “yeah, shoulda.”

The crew did not declare an emergency or call for fire / rescue.

The NTSB also report that:

One day prior to the accident, a different flight crew experienced an indication that the nose landing gear failed to extend. This flight was also landing at TCL, and the crew reported they were high and fast, and that power was near idle, and flaps were in transit when the gear was selected down. After extending the landing gear, the crew received a red warning light for the nose gear. The green nose gear down and lock light was not illuminated.

The crew requested delaying vectors and referenced the abnormal checklist for landing gear indications. They attempted to swap out the green down and lock bulb with another bulb but still did not receive the light. The gear was cycled, the red unsafe indication extinguished, and they then received a green down and lock indication for the nose wheel. 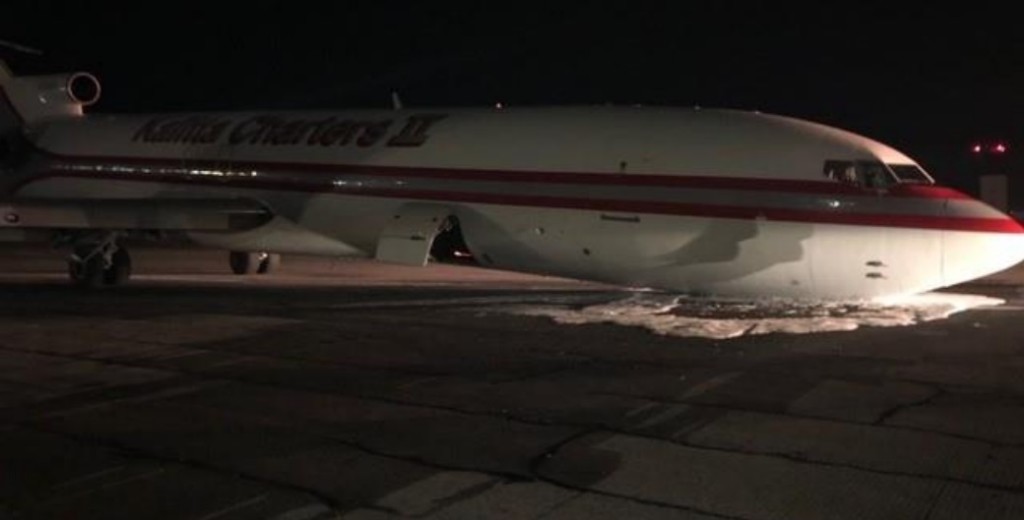 The event was not written up in the maintenance logbook. The Captain [of the previous flight] said he felt he may have induced the problem since he operated the landing gear and flaps simultaneously with the thrust near idle.

The same aircraft suffered a ground collision in 2016.

…the captain’s decision to continue the landing with an unsafe gear indication.