The aircraft climbed to c 21000 ft but suffered flight control problems.  The aircraft returned to Berlin-Schönefeld but suffered severe roll instability and the both wing tips reportedly struck the runway.  Some reports suggest the aircraft was exposed to 5g manoeuvres.  The aircraft has now been assessed as write off due to the damage sustained. 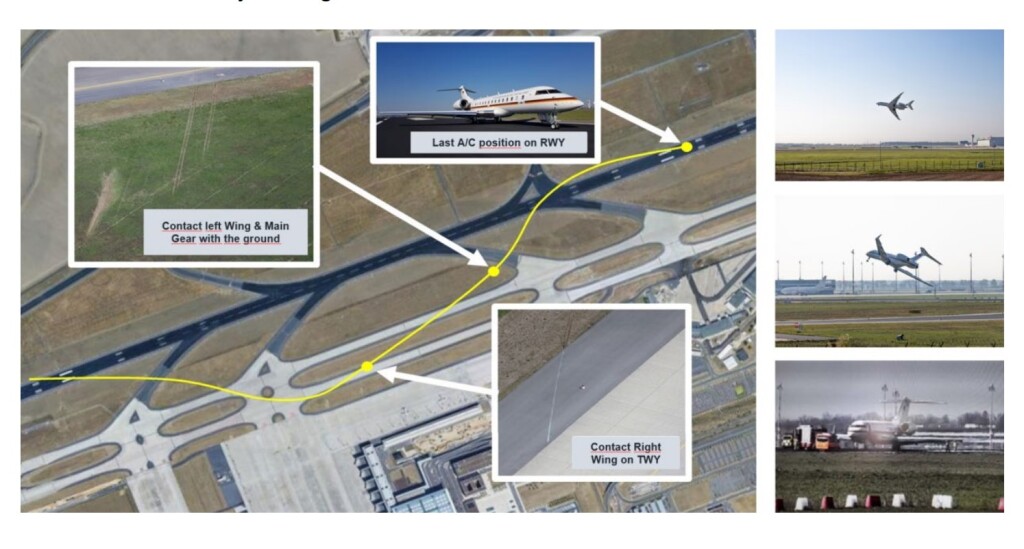 In December 2019 the Luftwaffe said that:

As part of the work, a component of the flight control system was replaced. An error in the setting of so-called signal transducers in conjunction with a lack of care in the function verification resulted in a malfunction in the flight control.

Other reports suggest a torque tube assembly was misassembled.

It is not clear if this AD is relevant to the Berlin-Schönefeld incident.

UPDATE 20 October 2022: It has been brought to our attention that a summary of the Directorate of Aviation Safety Bundeswehr (DASBw) report has been made public and confirms the involvement of the MFS and RCIMs.  Their findings were:

The…accident…was the result of a series of omissions and errors that originated in different core areas, and involved many people either directly or indirectly.

The technical error that occurred during the installation and adjustment procedure of the RCIMs represents the event triggering the accident. The system design further enabled this failure, which allowed the RCIMs to be installed and adjusted in such a manner that the MFS functioned opposite of the corresponding input, and generated no error messages on the EICAS or the PMAT. Since the maintenance crew relied solely upon the EICAS warnings and the results given by the PMAT, the error remained undetected in the tests following the installation.

Finally, as a last chance for accident prevention, the installation errors could have been recognized and identified by the PF through the accomplishment of a thorough flight control check.

In conclusion, the faulty installation and adjustment of the RCIMs created an unforeseen error, which was detectable, but went unnoticed and lead to a major aircraft accident. Precisely because such an error could remain undetected, despite many established safety control mechanisms, demanded a full-scale flight safety investigation.