B767 Fire and Uncommanded Evacuation After Lockwire Omitted (Dynamic B767-200 N251MY at Fort Lauderdale, FL) 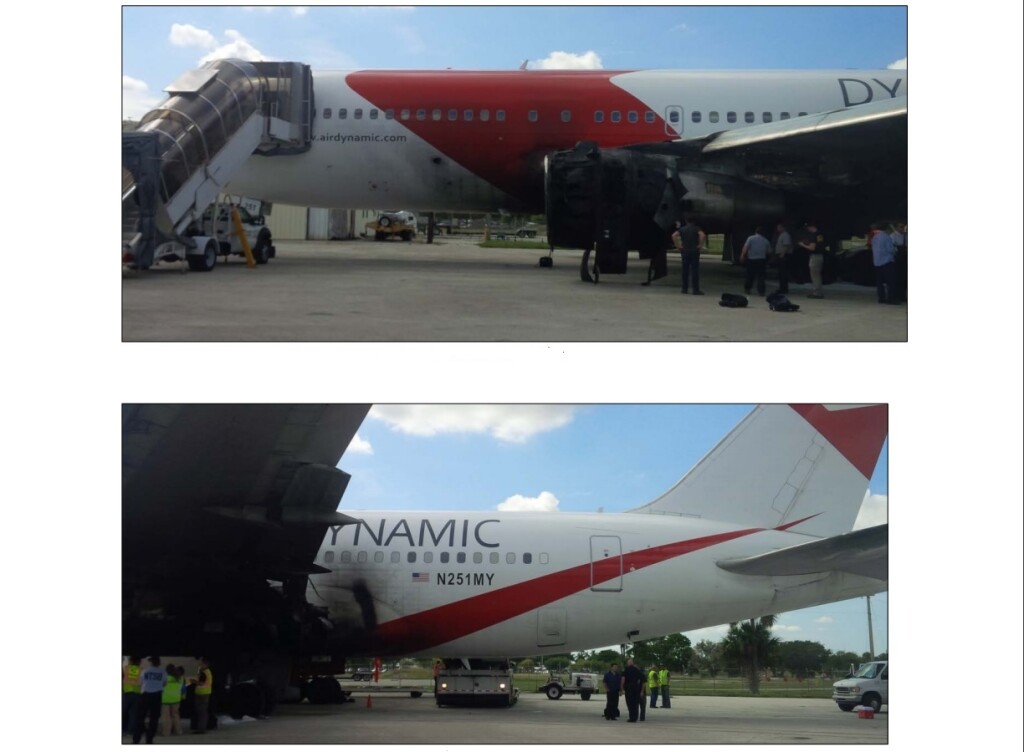 The US National Transportation Safety Board (NTSB) explain in their safety investigation report (issued 8 June 2020):

The “A” flight attendant activated the emergency signaling system…to notify the flight deck and other crewmembers of an emergency. The chime was audible in the CVR recording, but the flight crew did not respond via interphone. There was no indication on the CVR of an evacuation checklist or communication between the cabin and flight deck.

After the evacuation had already begun, the flight crew advised over the PA to evacuate out the right side of the airplane. 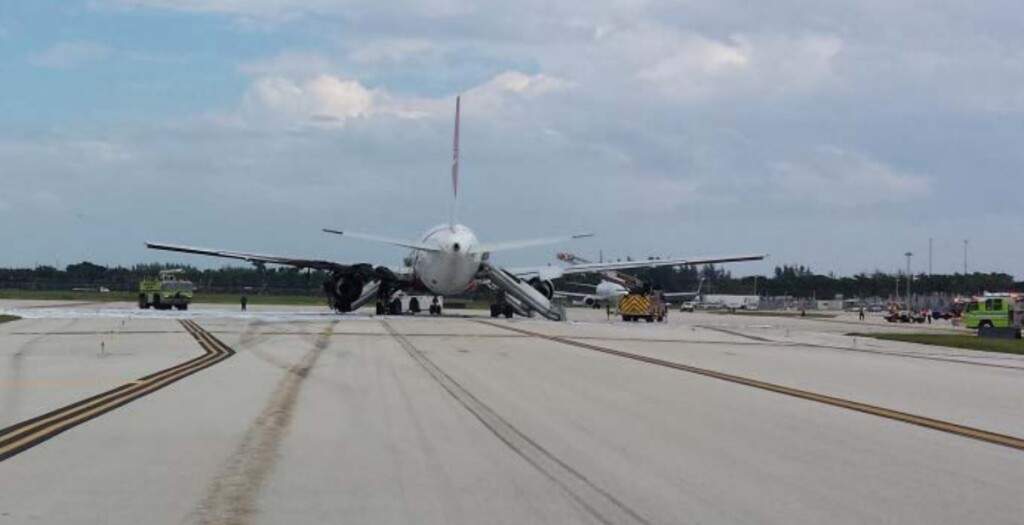 The flight crew did not immediately shut down the right engine and an evacuating passenger ran behind the engine [about 11 seconds after the aircraft was stopped] and was blown to the pavement resulting in serious injuries.  The lack of coordination between the flight crew and cabin crew resulted in the evacuation initiating while the right engine was still running.

About 35 seconds later, the number 2 engine was shut down.  About 54 seconds after the airplane stopped, an airport authority official arrived, and repositioned the 2R slide. About one minute later, airport firefighting vehicles arrived and began extinguishing the fire. 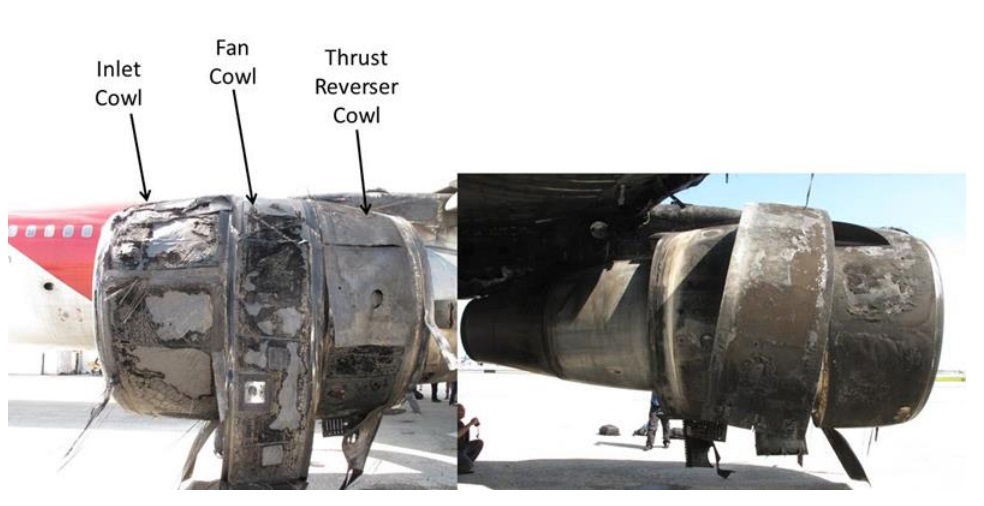 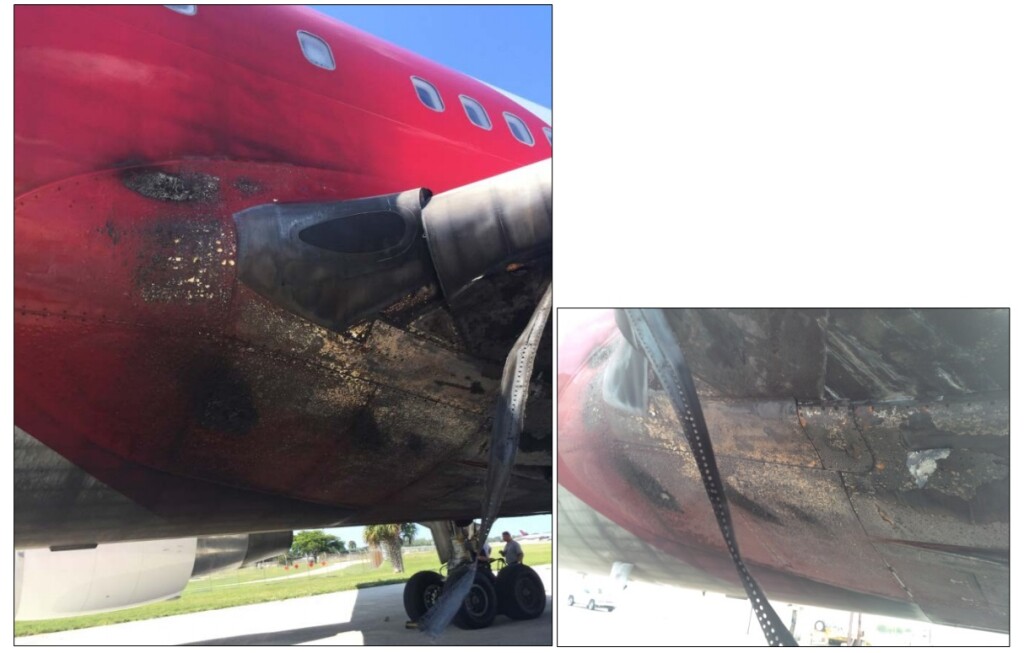 During a visual examination of the left engine and strut, a fuel coupling assembly was found separated with the coupling body pushed aft on a main fuel supply line. 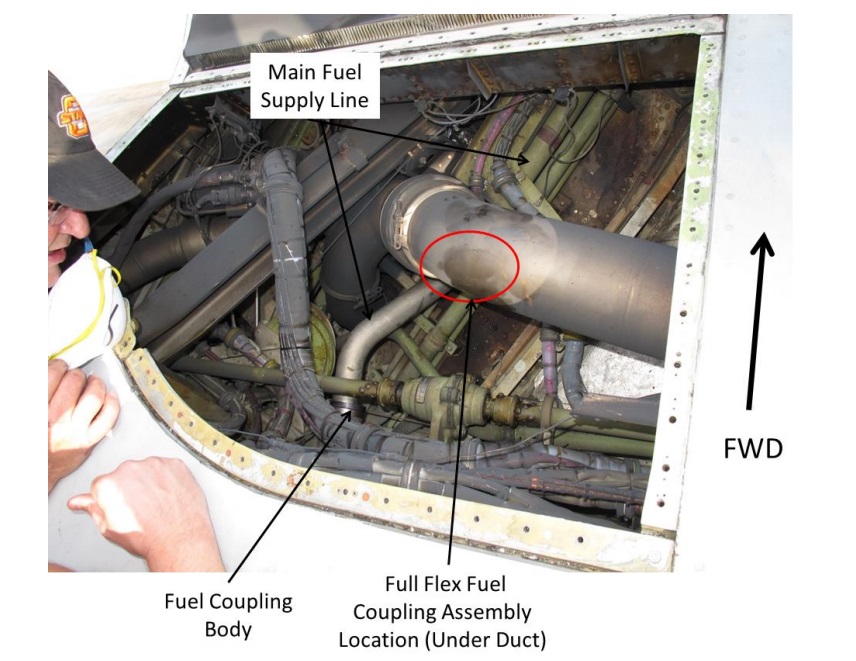 There were indications of fuel leakage at the flange interface of the fuel supply lines where the coupling had separated including discoloration from fluid pooling in the strut compartments and streaking down the left engine cowling. 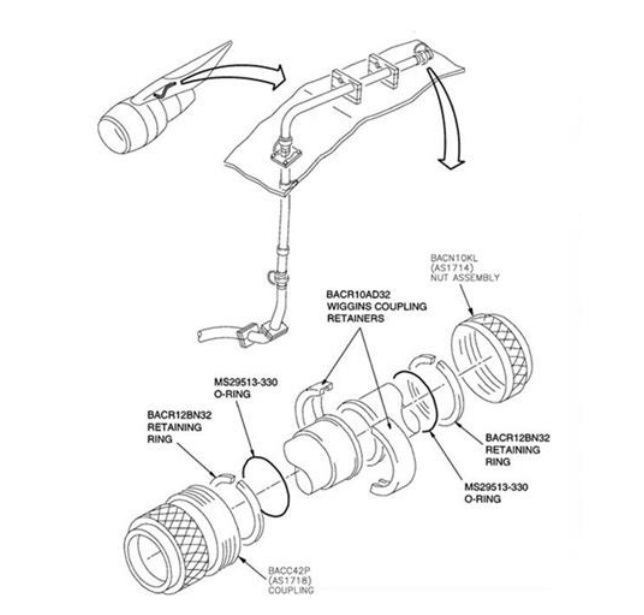 There was no safety lockwire present on either the body or nut side of the fuel coupling as required in the Boeing aircraft maintenance manual (AMM), and no broken lockwire was recovered in the surrounding strut compartments. 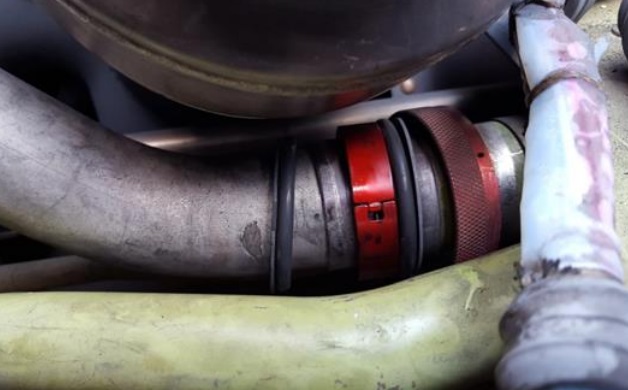 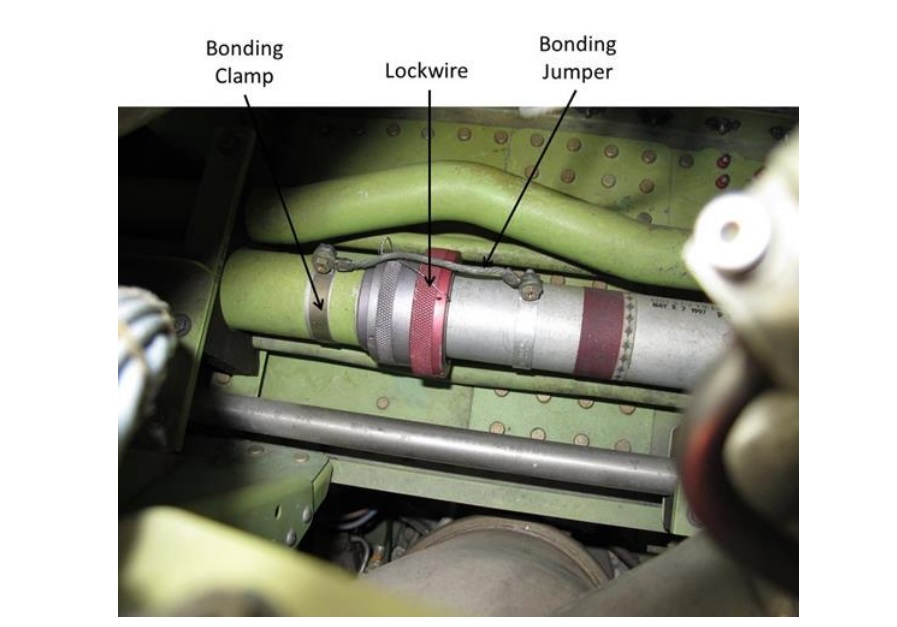 A material examination of the fuel supply lines and coupling components verified that the parts met dimensional drawing specifications and were free of defects or damage that would have affected normal operation.

In 2012, the airplane was placed in storage until 2015 when it was taken out of storage and prepared for leasing to Dynamic.

A Boeing Service Letter recommending replacement of fuel line flexible coupling (Wiggins coupling) retainer components was issued on March 14, 2000. Maintenance records of the accident airplane indicate the last time this service was performed was by Kalitta Air LLC on October 12, 2012 just prior to going into storage in Arizona.

Additionally, the strut fuel feed line components, while not specifically called out, could be looked at during a Zonal Inspection (General Visual) of the area during a 1C interval. The last Zonal Inspection was accomplished May 5, 2015, by Kalitta Air LLC.

About 240 flight hours were logged between the aircraft returning to service and the accident.

The right over-wing exit was opened by a passenger, but the slide did not deploy. Testing at the manufacturer revealed a misalignment in the pull-force increase mechanism created a binding in the firing cable.

Dynamic International Airways issued a Fleet Campaign Directive to inspect the remainder of their fleet.  No other instances of improper installation were found.

The separation of the flexible fuel line coupling and subsequent fuel leak due to the failure of maintenance personnel to install the required safety lockwire. Contributing to the severity of the accident was the initiation of the evacuation before the right engine was shut down which led to the passenger’s injury.

We have previously written about another premature evacuation Premature A319 Evacuation With Engines Running and a significantly delayed evacuation: Delta MD-88 Accident at La Guardia 5 March 2015