On 20 August 2007, shortly after parking on stand at Okinawa-Naha Airport, China Airlines Boeing 737-809 B-18616 suffered a massive fuel leak which ignited.  After all 165 persons on board had evacuated, a large explosion occurred in the centre of the aircraft, which burned out completely.  Investigators determined this occurred because one washer had fallen off before a nut was attached. 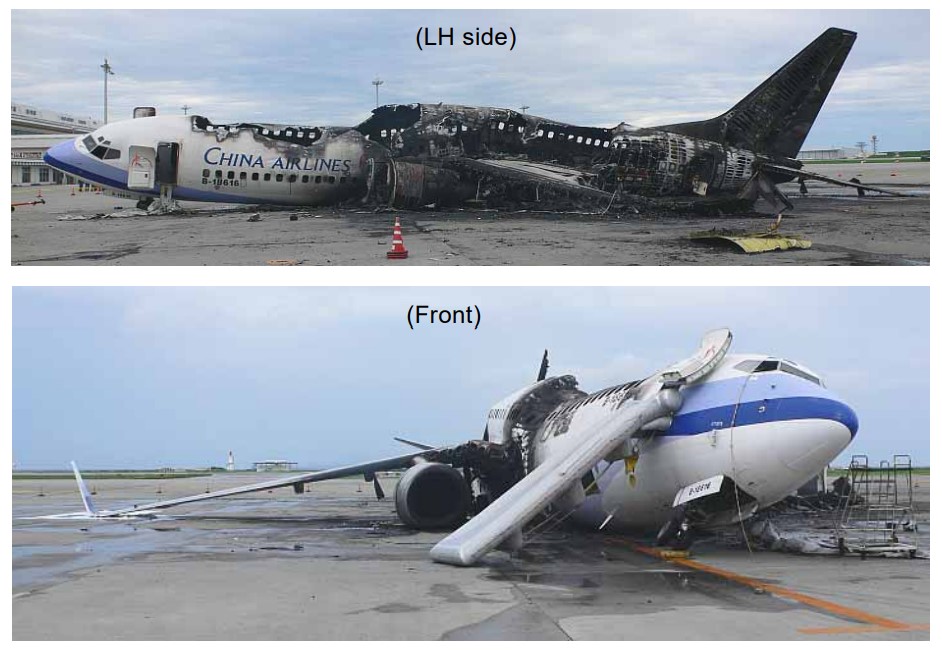 The Japan Transport Safety Board (JTSB) safety investigation report explains that it is “highly probable” that:

When the Aircraft retracted the slats after landing at Naha Airport, the track can that housed the inboard main track of the No. 5 slat on the right wing was punctured, creating a hole. 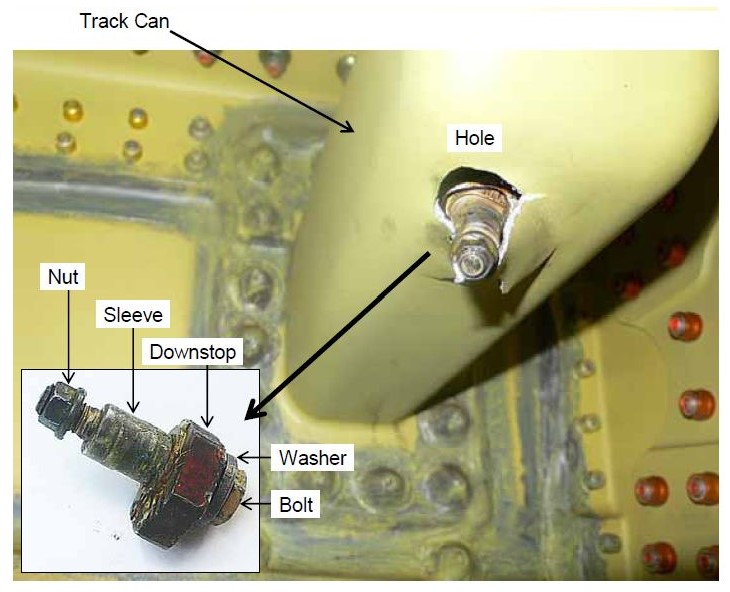 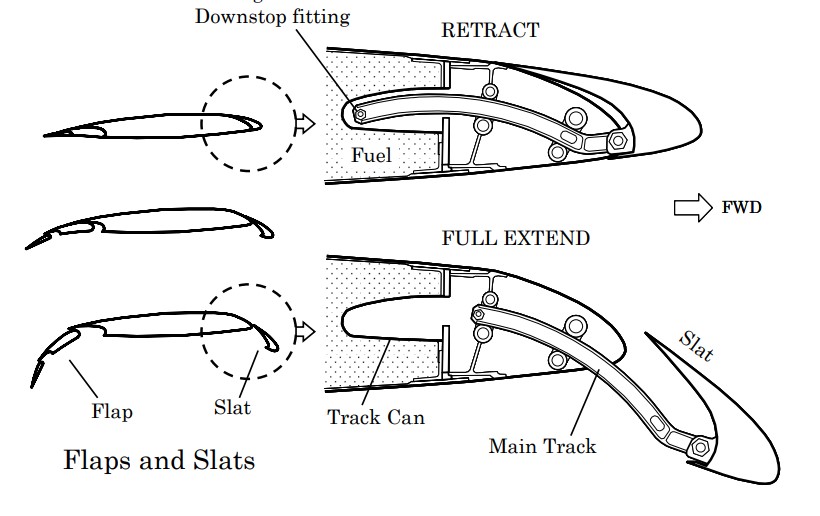 Fuel leaked out through the hole, reaching the outside of the wing. 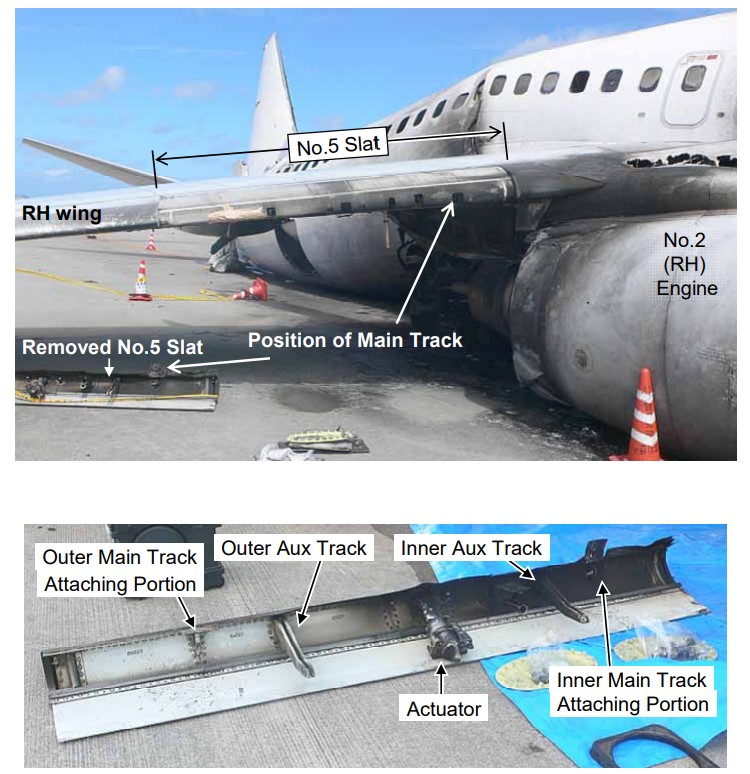 A fire started when the leaked fuel came into contact with high-temperature areas on the right engine after the Aircraft stopped in its assigned spot, and the Aircraft burned out after several explosions.

The reason the slat track was punctured was…

…that the downstop assembly having detached from the aft end of the above-mentioned inboard main track fell off into the track can, and when the slat was retracted, the assembly was pressed by the track against the track can and punctured it. 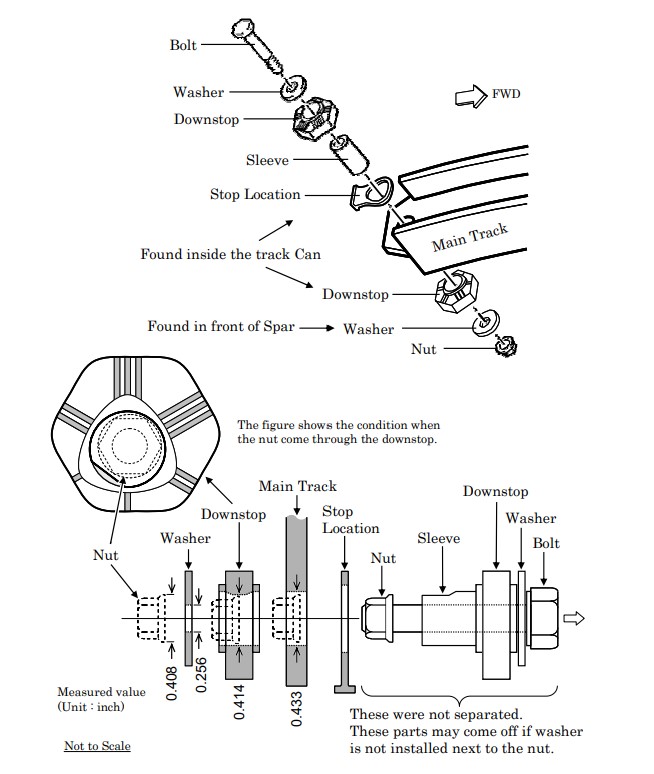 The downstop assembly detached because it was…

It is considered highly probable that a factor contributing to the detachment…was the design of the downstop assembly, which was unable to prevent the assembly from falling off if the washer is not installed.

Unusually the nut was smaller diameter than the hole the bolt passed through.

Despite the fact that the nut was in a location difficult to access during the maintenance works, neither Boeing nor China Airlines had paid sufficient attention to this when preparing the Service Letter and Engineering Order job card, respectively. Also, neither the maintenance operator nor the job supervisor reported the difficulty of the job…

There is an excellent short video that illustrates this accident:

Flight Safety Australia: It was almost all over: the destruction of China Airlines flight 120 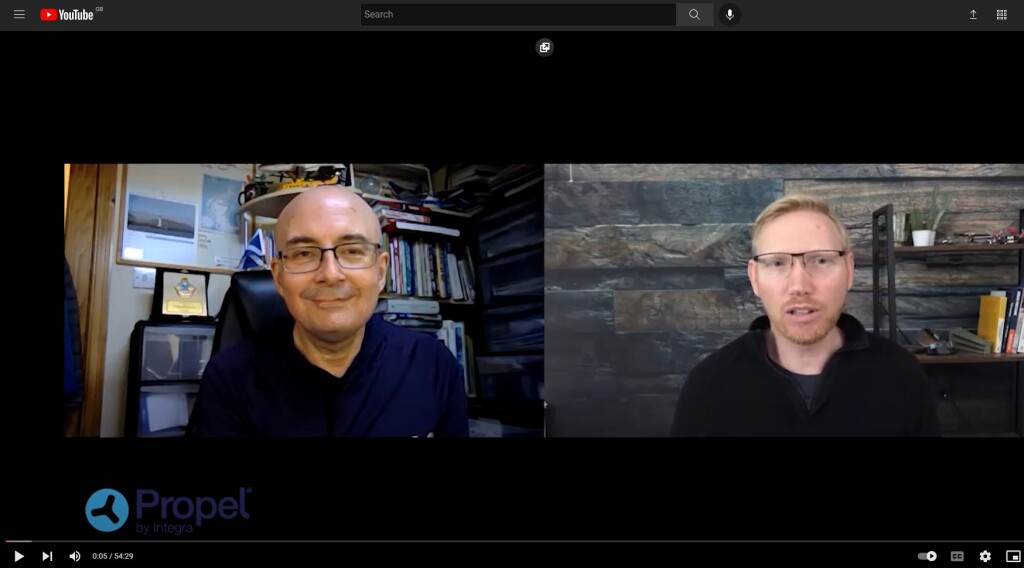