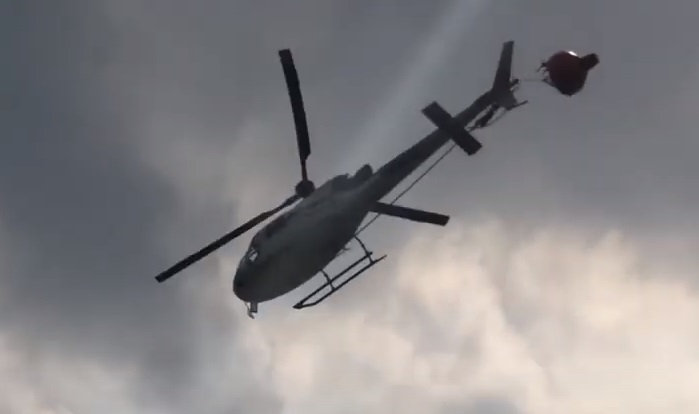 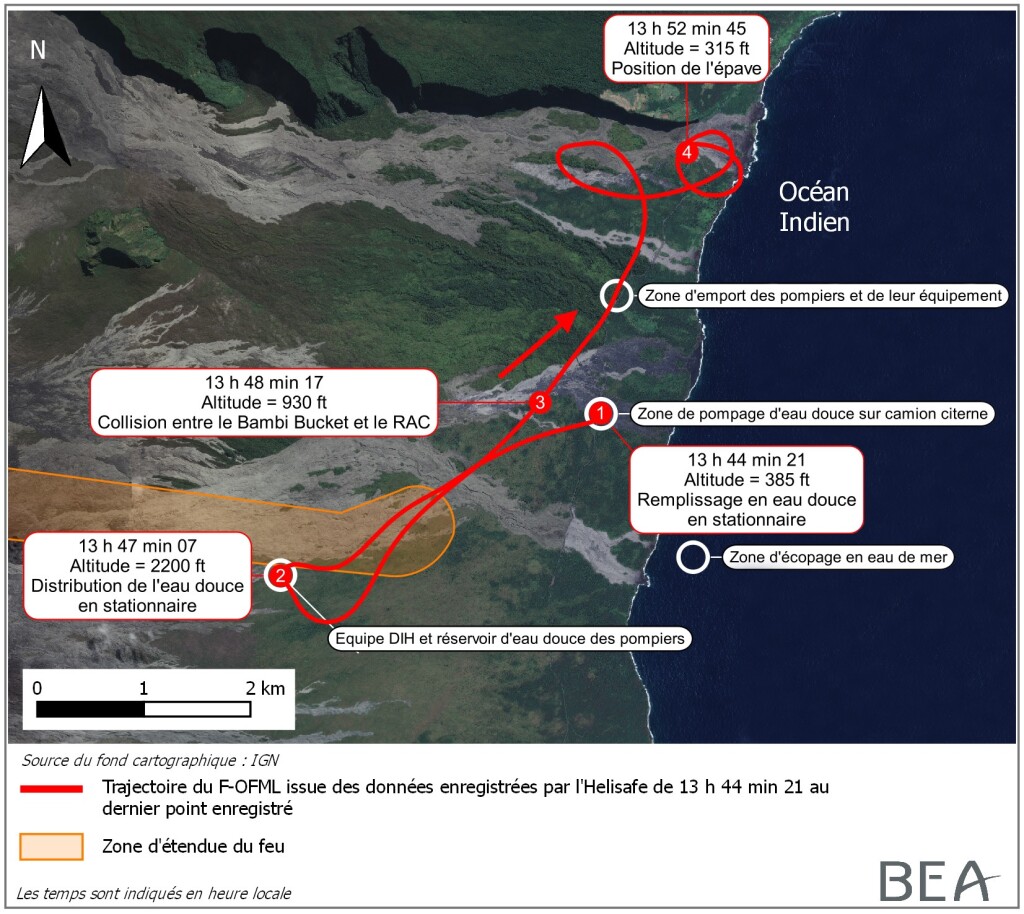 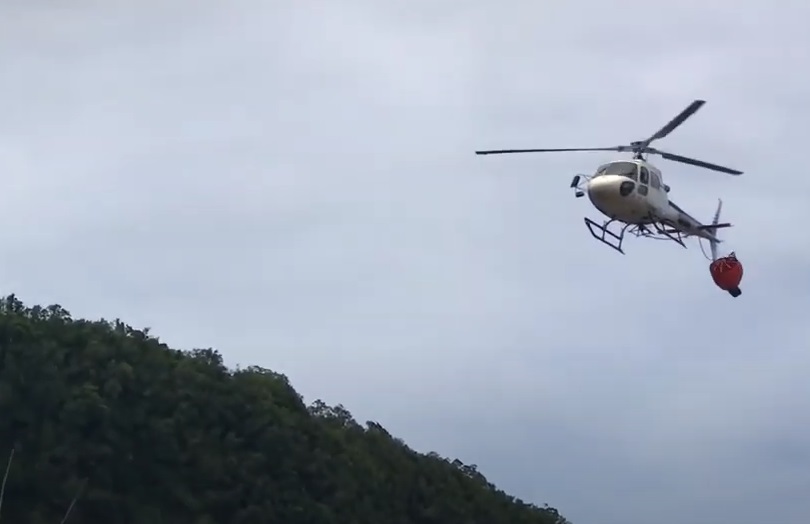 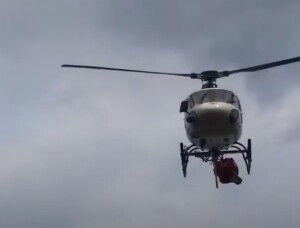 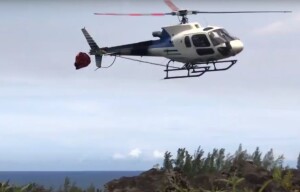 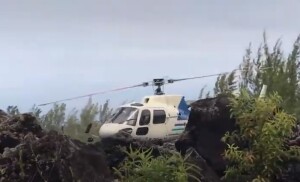 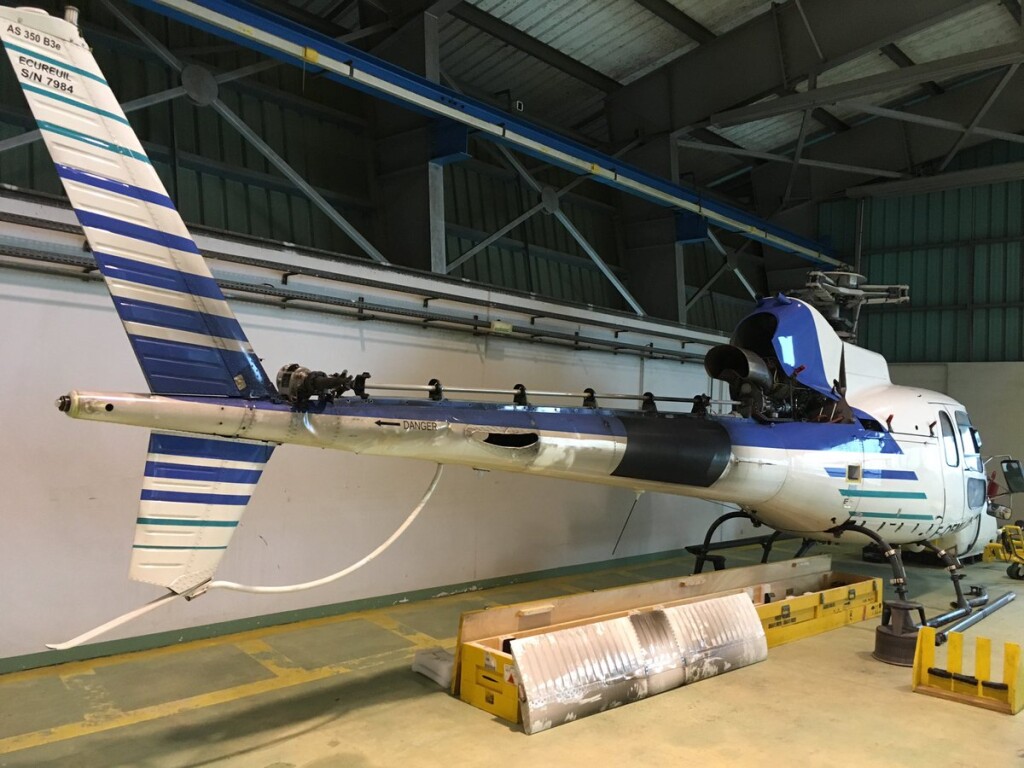 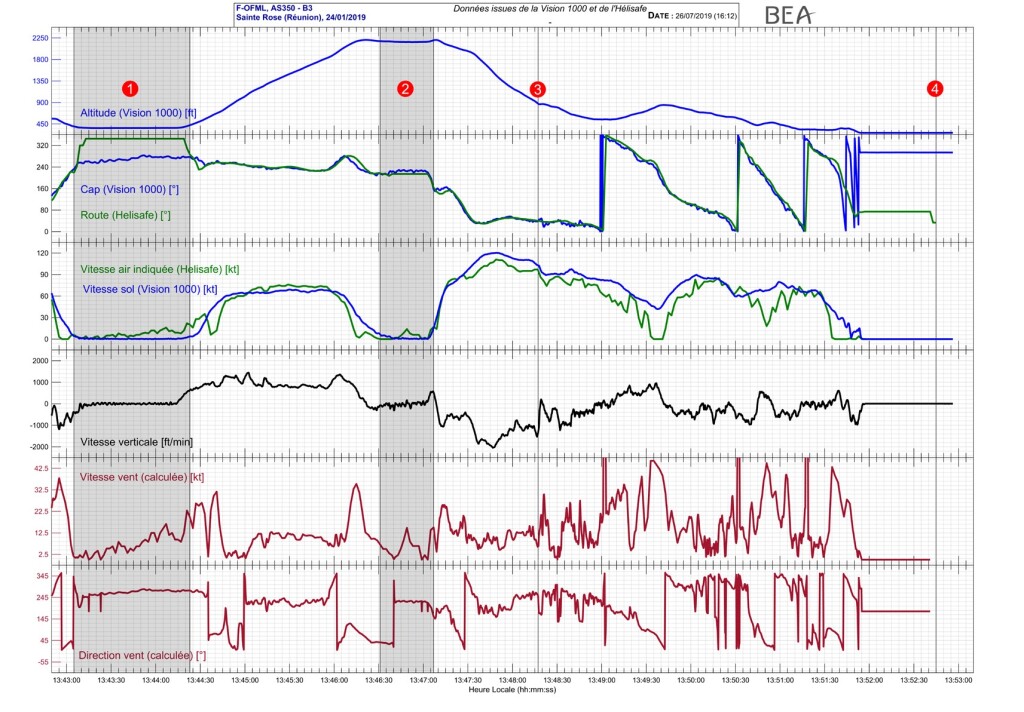 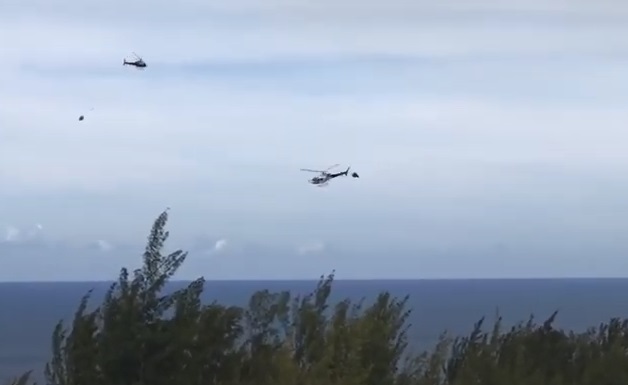 The Accident Helicopter (foreground) and an AS350 of Another Company (background) with Longer Sling (Credit: YouTube Video Posted by ‘BK117B2’) 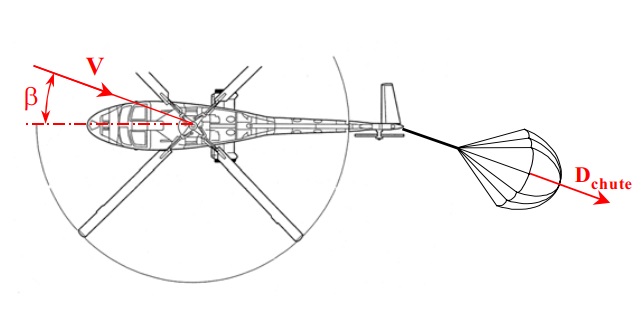